Report calls for expansion of licensed daycare in Pemberton 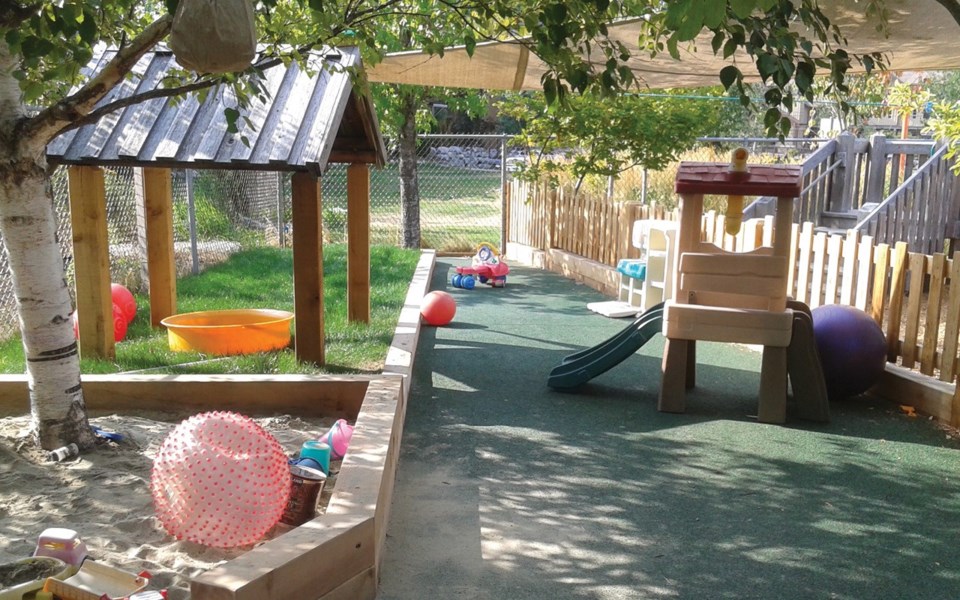 play time A new report into Pemberton's licensed childcare situation finds that many feel the supply of daycare in the community is "inadequate.". photo by Maude Ash

A new report into the licensed-daycare situation in Pemberton spells out something that administrators and parents have long known—that there simply aren't enough spaces for the growing community.

There are approximately 12.5 licensed spaces for every 100 kids (up to 12 years old) living in Pemberton and all 73 of the community's licensed spaces are filled, according to the report, which was commissioned by the Social Planning and Research Council of BC.

The report calls on the Village of Pemberton (VOP) and the Squamish-Lillooet Regional District (SLRD) to commit to supporting the target of establishing an additional 46 licensed daycare spaces for Pemberton by 2023, increasing the capacity from 73 to 119 spaces.

According to Maude Ash, manager of the Pemberton Children's Centre, the report is full of useful data that will help with decision making going forward.

It's now up to the various stakeholders to work together on solutions, she said.

"It's not one organization's responsibility to create childcare ... As the report states, it takes a village," said Ash.

"We need to collaborate with the Village (of Pemberton), with Sea to Sky Community Services, (and) with the SLRD ... to create spaces and attract new teachers."

Ash has had productive conversations with the province about funding an expansion of the children's centre.

As noted in the report, in its 2018 Budget, the province announced over $1 billion in new investments for childcare and early learning over a three-year period, representing the single largest commitment to childcare in B.C. history.

Much of that money has gone towards helping parents pay for childcare, said Ash, adding that a month of five-day-a-week care at the children's centre costs around $950. And while she welcomes that investment, she feels it's time for the province to turn its attention towards supporting teachers.

"The government has made massive investments in families, but not so much the teachers," she said.

Around the province, fully qualified early childhood educators (ECEs) make between $16 and $21 an hour, said Ash, who would like to see the starting wage set at $20 an hour.

There is currently a dearth of ECEs in the province, with many pointing to their relatively low wages as part of the problem.

"Our teachers are not making enough money to rent a one-bedroom at $1,800 a month," said Ash, noting Pemberton's high cost of living. "It's just not sustainable for our teachers."

Ash said that the lack of available ECEs will make it challenging for the children's centre to expand its offerings.

"I can't open a new infant program, because we definitely don't have the staff for it," said Ash. "It's the hardest childcare to provide for families because of how strict it is with ratio and how hard it is to provide qualified (teachers)."

The report's authors also drew from a community questionnaire that garnered 116 responses, with about 90 per cent of respondents saying that they felt that the "supply or availability of child care in Pemberton was inadequate."

The parents reported paying a wide range of money for childcare.

The lack of licensed daycare is a source of frustration for many parents.

Parent Rachel Milstein received a letter from the Pemberton Children's Centre earlier this month saying that there were 85 children on its external waitlist and 59 on its internal waitlist and that it therefore "seems unlikely we will be able to accommodate everyone's child care needs."

This despite the fact that Milstein applied for a place immediately after her five-month old was born.

Milstein, who lives in Whistler and is considering moving to Pemberton, said she is now considering hiring a nanny.

"It's just another thing on the list of items that we are sort of feeling ripped off about," said Milstein.

"Everything is expensive here, the traffic is getting worse, housing is impossible. So yeah, it's even got us questioning if this is even the right spot for us."

According to Ash, the government could provide some immediate relief by making it easier for daycares to hire ECEs who are trained abroad.

"One of my staff comes from another country, and it took months—like we are talking six months—for his education to be evaluated, so I could offer him a fully-qualified position here," she said.

The VOP was unable to provide comment on the report, as it has not yet been considered by council. It will be discussed at its June 25 regular council meeting, according to staff.