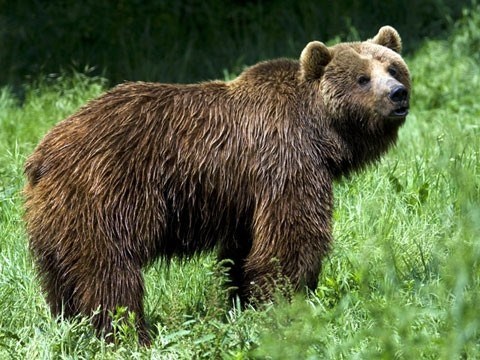 The Pemberton Wildlife Association is offering a $1,000 reward for information about the shooting of a 317-kilogram grizzly bear near Pemberton.

Clarke Gatehouse of the PWA said their organization has never offered a reward like this before, but it's an unusual event.

"We've never had a grizzly bear that I can remember being poached like this," he said. "There's certainly not enough grizzly bears in this area to be hunting them indiscriminately. There's a big distinction between a legitimate hunter and a poacher... and whoever killed this bear is a poacher. And we do take it quite seriously."

The grizzly was found shot to death, with body parts missing, in the Pemberton Meadows area near the turnoff to the Hurley Forest Service Road Nov.17. It was known to local hunters as so few grizzlies live in the area.

The B.C. Conservation Officer Service has interviewed a suspect, but is looking for the public's assistance in finding out more information about the shooting and mutilation.

"It was not far from the road, and when our officers attended we found a large grizzly male, at least (317-kilogram), dead," said conservation officer Chris Doyle.

"It was obviously killed illegally, and we're following up on some leads right now. We're hoping that there were some other hunters, or others in the area that saw something suspicious... If they did, they should phone us and provide the information.

"And if someone was involved in the shooting of the bear, we would like them to come forward as well."

Doyle said it's not uncommon to find grizzly bears in that area when the salmon are spawning, and that the bear was not tagged or collared.

There is no hunting of grizzlies permitted in the region.

"There are some areas of the province where there are limited entries (to hunt) grizzlies, but because of the small numbers in this year it's not viable to support hunting of any kind. So a loss of an animal like this could have a significant impact on the population."

The grizzly was not the only bear destroyed in the corridor recently. Last Friday, the B.C. Conservation Officer Service destroyed a black bear that had broken into three homes in the Alta Vista neighbourhood in the previous few weeks.

With the snow falling and temperatures dropping, the amount of bear activity should drop off.