Gerry Kasten earns 'highest recognition that the Board of Dietitians of Canada can bestow'
Jun 10, 2018 10:00 AM By: Megan Lalonde 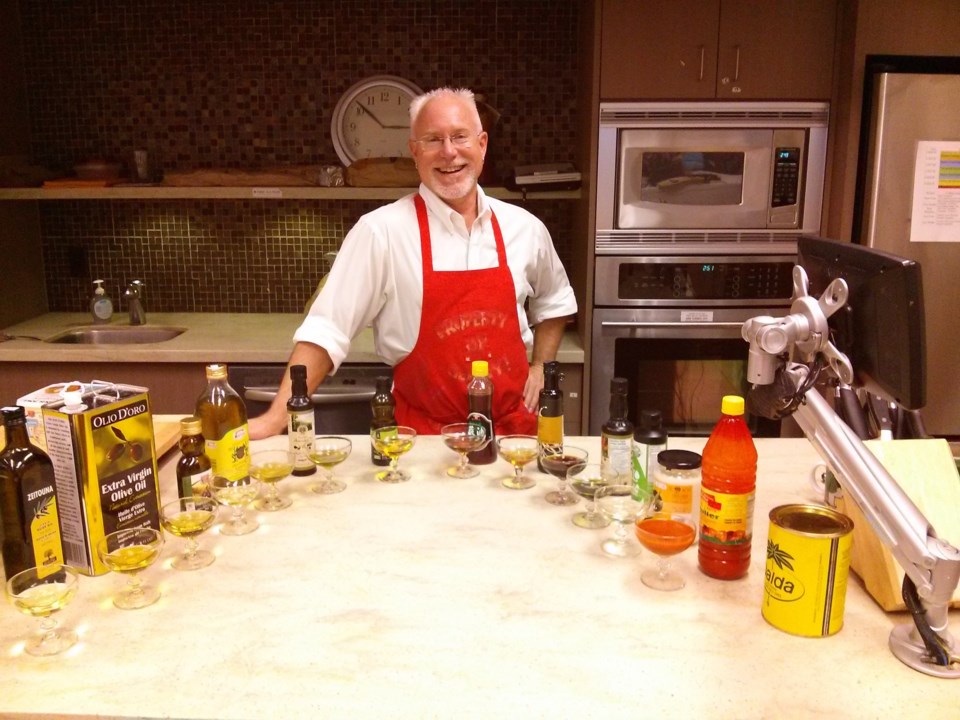 Gerry Kasten has worked as a dietitian for nearly three decades, and has spent the last eight years serving the Sea to Sky region. Photo courtesy of Vancouver Coastal Health

For Sea to Sky public health dietitian Gerry Kasten, this year's Dietitians of Canada (DC) National Conference, held in Vancouver on June 8, was a little different than previous years.

Rather than just attending, Kasten was on hand to present after being named the 2018 recipient of the Ryley-Jeffs Memorial Lecture Award by the DC Board of Directors last month.

The award "is the highest recognition that the Board of Dietitians of Canada can bestow on a DC member," noted Vancouver Coastal Health, Kasten's employer, in a release, adding that, "Recipients exemplify dedication to the profession and a proven ability to chart new directions in the field of dietetics."

The honour was amplified by the fact that both his nomination and award came from his colleagues, Kasten told Pique in an interview prior to the conference. "The really nice part about this award is that it's peer-nominated and peer-awarded, and it gives me the chance to speak with my peers," he explained.

Kasten's lecture at the conference focused on society's weight bias, how to better support clients living in larger bodies and "the intersection with other 'isms'-things like racism, misogyny and homophobia," he added.

"We're constantly bombarded with images of people who, if they're above a certain body weight, they're characterized as unhealthy," he said.

However, Kasten named his biggest concern as the current lack of "effective interventions" when it comes to weight loss.

"You'll commonly hear it said that 95 per cent of diets fail," he said. "But what isn't talked about much is that of people that lose weight and then regain it, two-thirds regain more than they originally lost.

"Knowing it's unlikely that people will maintain a weight loss for, say, three, four or five years, and given that we don't have an effective intervention, what are the ethics of the advice for someone to lose weight, when we know that the adverse outcome that will likely happen is that they'll actually gain more weight than the originally lost?"

Due to this weight-loss stigma, "We're mired in this weight loss paradigm, when the things that really make people sick are things like poverty, social isolation, and various forms of intolerance," he added.

"We know that stigma is bad for people. What if, all the things we currently attribute to body weight, were in fact attributable to the stigma that people suffer because of their weight? We have some initial studies that point in that direction. There's not a huge amount of research, but it's certainly an interesting avenue to pursue."

After starting out in the food industry as a chef, Kasten went on to earn both a bachelor's and master's degree in nutrition. He's been working as a dietitian for nearly three decades, and has spent the last eight years working in the Sea to Sky corridor. He's based in Squamish, and also works in Whistler, Pemberton, the Squamish and Lil'wat First Nations, and the communities served by the Southern Stl'atl'imx Health Society.

In addition to his role as a public health dietitian, Kasten teaches at UBC in the Faculty of Land and Food System, and also serves as the VCH rep on the Squamish Food Policy Council, and the Whistler Sustainability's Multidisciplinary Community Consultation about Food Sustainability for the Squamish-Lillooet Regional District.

However, said Kasten, one of his favourite parts of the job is his work with families with infants. "I'm often talking to moms with new babes who are wanting to introduce solids to their baby, or they might call me up and ask me questions about feeding their infants. That part of my job is certainly always a joy, because it's just talking to people about feeding babies-and plus, I get to go out to baby groups all the time."