Elections BC release details of costs and funds raised by candidates
Aug 21, 2013 9:00 PM By: Cathryn Atkinson 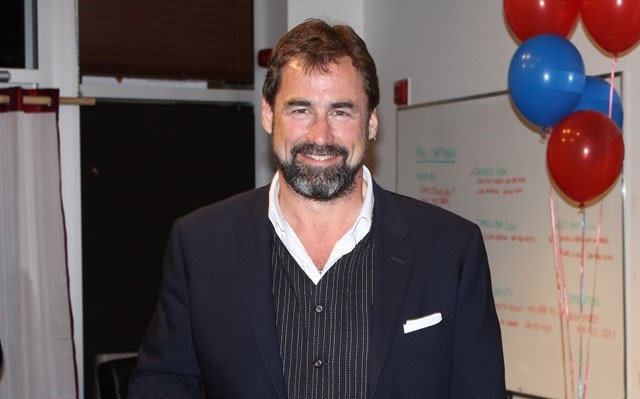 Elections BC has released how much money candidates spent during the provincial election campaign in April and May 2013 — with wide differences between the five people who ran in the West Vancouver-Sea to Sky riding.

The eventual winner, Jordan Sturdy of the BC Liberals, reported total expenses of $93,357, excluding a leftover balance in his campaign account of $34,688.

The former number includes $34,125 spent during the 60-day pre-election period and $44,513 spent within the campaign period. Sturdy was the first candidate chosen out of the five who ran, gaining the nomination in the fall of 2012, which gave him a head start.

Sturdy's two biggest expenses were media advertising at $19,554 and research and polling at $22,054. Professional services came to $12,880 and newsletters and promotional materials such as signs and brochures came to $11,682.

Sturdy's personal expenses from the campaign came to $4,771, his accounting costs were $4,000, and office rent, supplies and furniture came to $6,144. For social functions and thank-you parties, $2,374 was spent.

In terms of funds raised on Sturdy's behalf, cash transfers totalling $94,000 were made on two occasions, though the source of the transfers were not noted on the S-T-Rcv form filed with Elections BC.

In an interview, Sturdy said that while the election campaign was ongoing he had no idea what was spent by the other candidates "so you do what you need to do and it is what it is."

Sturdy said the transfers for $94,000 came from the BC Liberals but it was actually from donors within the riding.

"Any donations are made to the BC Liberal Party. We ask people to identify on their cheques when they make donations to put 'West Vancouver-Sea to Sky' and there is an account for the riding and the money goes into that," he said.

General donations went to the party rather than the candidate's campaign.

"I've had people say to me 'we donated' and I didn't know," Sturdy said.

He added that all BC Liberal candidates were given assistance from the main party in the form of the Riding Services package for signs and outside polling.

"We're talking about tens of thousands of dollars. It's a significant amount," Sturdy said. "We made the determination that we were in this to win this."

Ana Santos of the BC New Democratic Party came second in the race and spent five-and-a-half times less than Sturdy. She reported total expenditures of $16,641, excluding a leftover balance in her campaign account of $2,940.

She spent $4,993 on media advertising, $4,711 on newsletters and promotional materials such as campaign signs and $1,385 on office rent. Santos spent just $40 prior to the start of the campaign period and nothing on research and polling.

Richard Warrington of the Green Party of BC reported total expenditures of $4,186.44, excluding a leftover balance in his campaign account of $13.56. The majority of his expenses, $3,457.70, was spent on newsletters and promotional material.

Ian McLeod of the BC Conservative Party reported total expenditures of $621.42, excluding a leftover balance in his campaign account of $300.

Independent candidate Jon Johnson reported total expenditures of $1,200, with nothing leftover in his campaign account.