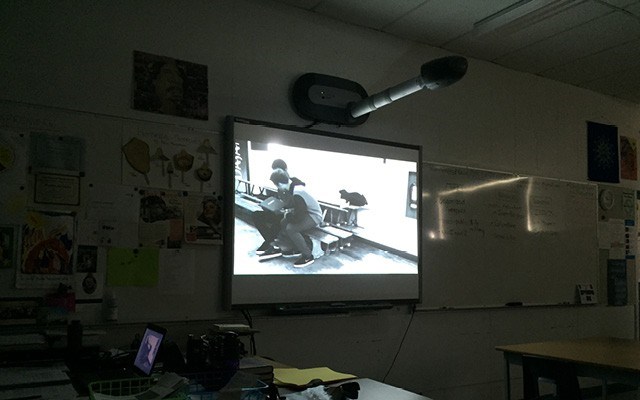 YOUTH PERSPECTIVE A scene from one of the short films shot by Sea to Sky students focusing on sexual assault prevention. Photo submitted

Sea to Sky youth got behind the lens this month to share their perspective on sexual consent for an initiative spearheaded by Crime Stoppers and the Howe Sound Women's Centre (HSWC).

"By enabling conversation around the role of consent, it provides more information for young people to be able to base their decisions on a shared understanding around what consent is so that both partners in a relationship... can maintain healthy relationships," said HSWC director Megan Reynolds.

"Concerned about the increasing number of sexual assaults and other gender-based violence, and the low reporting rates of such crimes, we mobilized agency partners from throughout the Sea to Sky Corridor to tackle this important issue," he added. "We decided to focus our efforts on young people. This project gives voice to the issue of sexual assault and consent from a youth's perspective, empowering them to share their ideas on how to end sexual assaults before they happen."

Reynolds said it's essential to start this conversation at a young age, particularly in light of how few young people and adults alike fully grasp the concept of sexual consent. A 2015 study by the Canadian Women's Foundation found that two-thirds of Canadians don't understand that, by law, consent must be both positive (ie. saying yes, initiating and/or enjoying sexual activity) and ongoing (ie. continues during sexual activity).

"I think young people and adults have a limited understanding of (consent), or more so that they're unable to put context to it and really define it," Reynolds said.

Howe Sound Women's Centre facilitators visited classrooms over the course of seven months to assist students with their video concepts. The films were reviewed this week by a panel of judges, with the Top 3 submitted for consideration in this June's Reel Youth Film Festival.

Sexual assault remains "prevalent" in the Sea to Sky, and often goes underreported, Reynolds noted. According to a report by the Ministry of Public Safety, the corridor averaged 53.4 reported sexual offences a year between 2000 and 2009 — nearly three times higher than the rates in nearby urban centres of Richmond and the North Shore.