Locals could pay less or non-residents more to use sports centre
Jul 25, 2012 9:00 PM By: Andrew Mitchell 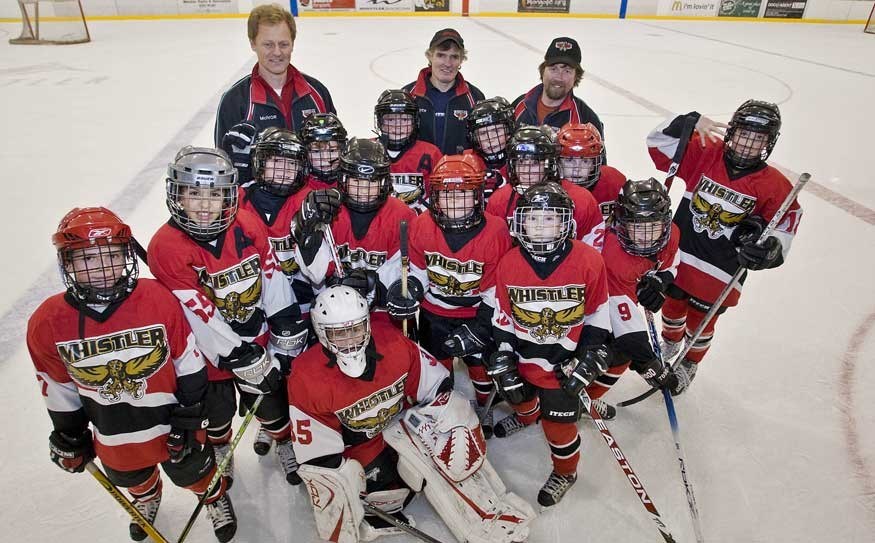 Board members at the Squamish-Lillooet Regional District (SLRD) unanimously declined a request from the Resort Municipality of Whistler (RMOW) to assist with funding for Meadow Park Sports Centre, which is currently subsidized by Whistler taxpayers by $1.38 million every year.

Mayor Nancy Wilhelm-Morden said the municipality now has to weigh its options, including raising prices for non-residents or offering residents a discount to use the facility.

"(We have an) analysis of where users of the facility are coming from and we know the tax revenues that go into paying the cost for that facility," she said on Monday. "The first step was to invite the SLRD to make a contribution to the operating costs for the sports centre to reflect the fact that users are coming from the Village of Pemberton, Area C and so on. The SLRD board declined to do that.

"Had they (contributed) then we wouldn't have had to change our cost structure. Now, the next step is to report back to council and say 'no, the SLRD is not interested in making a direct contribution, so where do we go from here?' And one of the options is to go to a tiered pricing structure so that local residents get a break."

At the meeting, directors told Whistler to do whatever they had to do, because they have no funding available for the centre. Pemberton Mayor Jordan Sturdy wondered how the local's pricing would go over with Whistler's hotel association.

The RMOW was looking for a 10 per cent contribution from the SLRD, roughly $137,473 per year to reflect user numbers. Currently non-residents make up five per cent of pass holders, 15 to 20 per cent of arena users and 30 per cent of swim lesson participants. In the RMOW's view, that means that Whistler taxpayers are directly subsidizing non-residents using the facilities.

The letter to the SLRD also pointed out that the SLRD is not being asked to pay any capital costs for facility upgrades and equipment replacing, which currently costs the RMOW $150,000 per year.

Mosquito problem on agenda for Pemberton and region

The summer of 2012 has been particularly bad for mosquitoes in the Pemberton area, according to Mayor Jordan Sturdy, who tabled a motion at Monday's SLRD meeting to see if there was any interest in discussing a regional mosquito control program. The motion was passed by the board, and will be added to the agenda in the fall — too late for this year, but it takes a few years for control programs to have an effect anyway, said Sturdy.

Funding was available a few years ago for mosquito control as a result of West Nile virus concerns, but that has dried up. But while the health issue may not sell the idea of mosquito control, Sturdy says there are other reasons why the SLRD should discuss the idea.

"It does have an impact on the quality of life, clearly for the people who live in mosquito-infested areas, but it also has an impact on the visitor experience as well," he said. "I'm not sure anybody is hugely excited about the prospect (of mosquito control), but it's been a particularly challenging year and we should understand what the possibilities and options could be."

Sturdy stressed that mosquito control would not happen without a complete understanding of what that might mean for other species and the environment.

As for why Pemberton has been hit harder this year, the area does have a number of farms with horses and other livestock that provide blood that mosquitoes need to live and breed. As well, the community has numerous ditches with standing water that can be used for breeding.

"We are on a flood plain, and with the river so high the groundwater is up," said Sturdy. "I have a couple of feet of water in some of my ditches that ordinarily wouldn't have any water in them."

This mosquito situation is particularly bad in Mt. Currie. "It's absolutely horrendous," he said. "The Birkenhead River is backed up and many residents around Mt. Currie are surrounded by water. It's hard to step outside in the evening."

Mosquito control can include spraying areas where mosquitos breed to kill larvae with pesticides or natural alternatives, installing traps to remove adults and removing standing water used to breed.

SLRD to bring full slate of requests to UBCM

The annual Union of B.C. Municipalities meeting at the end of September provides a unique opportunity for communities to meet with provincial ministers to discuss their issues, and the SLRD is determined not to let the opportunity slip away.

At their July 23 board meeting, members of the SLRD looked at the list of meetings planned, adding topics before approving the agenda and requests for an audience.

Among the meetings requested:

• Premier Christy Clark to discuss rural high-speed Internet as part of the province's "Putting families first" initiative. Board members suggested that it's also crucial for economic development, community growth and to give residents an alternative to long commutes to work.

• Minister of Transportation and Infrastructure Blair Lekstrom and Minister of Forests, Land and Natural Resources Steve Thompson to discuss the state of local roads, including Portage Road to D'Arcy, Squamish Valley Road and other priorities.

• Attorney General Shirley Bond to discuss the possibility of using the region as a test case for new liquor laws that have been requested by communities to assist with tourism and special events, as put forward by the RMOW.

The UBCM's annual convention is from Sept. 24 to 28 in Victoria.

While Taicheng Development Corporation has yet to announce any concrete plans for the 202 hectare parcel of land at Britannia they acquired for $30.5 million earlier this year, the SLRD is expecting that they won't have the manpower to oversee the massive development that could include 4,000 housing units at build-out. As a result, staff put forward a request of the SLRD board to approve up to $50,000 a year for consultant fees to help the process along, with the developer paying those fees back through development fees and building permits.

Staff can already approve spending up to $50,000 on assistance from consultants without appealing to the board, but staff was concerned that their costs could exceed that amount and wanted to be prepared.

Concerned that the SLRD could be on the hook for those costs if the proponent decided to pull out, the board members said they would wait to get more information from the developer.

Although there was some doubt that Taicheng could cost more than $50,000 in the remainder of the year, Area D Director Moe Freitag said that Taicheng will move quickly on the project, and he wouldn't be surprised if contractor costs exceeded $50,000 by the end of 2012. He also indicated that Taicheng was accessible and would be open to discuss the issue with the SLRD board.

The Village of Pemberton received a vote of support from the SLRD to apply to a federal electoral boundary commission to put the community back into the West Vancouver-Sunshine Coast-Sea to Sky Country Riding after it was moved into the Chilliwack Fraser Canyon Riding in 2003. Under current federal plans, the Chilliwack Fraser Canyon would continue to include Pemberton, and would continue further north and east to include the region surrounding 100 Mile House as well. The West Vancouver-Sunshine Coast-Sea to Sky Country Riding would also be altered with different boundaries in West Vancouver to reduce the overall population of the riding — currently Canada's largest by population.

An open house on the new boundaries, which are being redrawn as a result of the census, will take place in Squamish in September, and public hearings will be held in October.