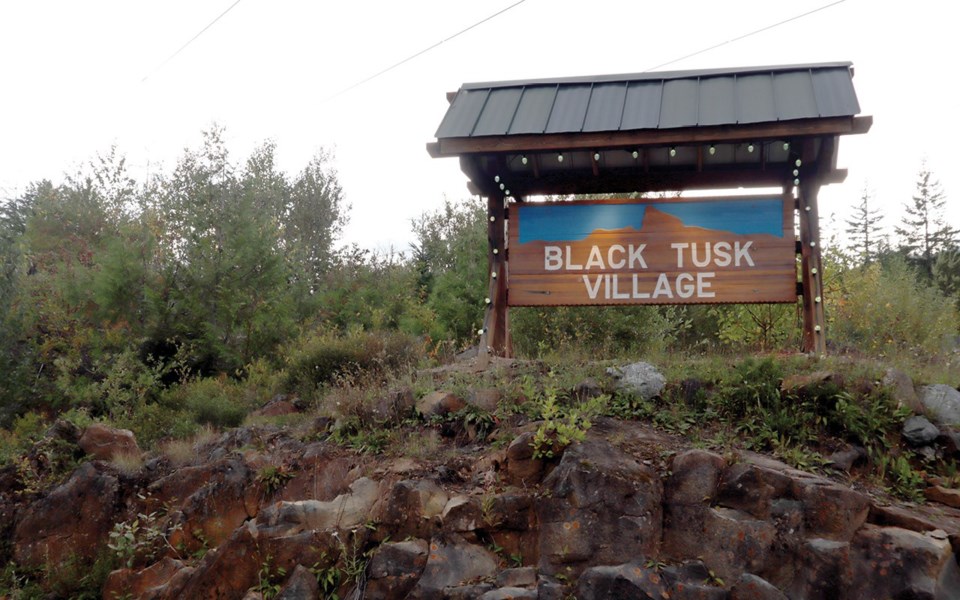 New system The Black Tusk Village, located between Whistler and Squamish, is getting a new wastewater treatement thanks to a significant government grant. photo by Dan Falloon

Black Tusk Village (BTV) will receive $4.5 million in federal and provincial funding to upgrade its aged wastewater collection system and link it to a new treatment facility in the adjacent strata community of Pinecrest Estates.

"It's nearing the end of its life," said Squamish-Lillooet Regional District (SLRD) board chair and Elector Area D director Tony Rainbow of the BTV's wastewater system, which is more than 35 years old.

In fact, according to an SLRD release, the system is operating beyond its life expectancy, and is "not compliant" with its operating permit.

Rainbow said the SLRD applied for the grant funding after numerous discussions with Black Tusk Village Strata Council (BTVSC) about the best way to move forward.

"We've been talking to them for a couple years now and looking at different solutions, and when this grant was made available last year, we decided, with them, to put in an application," he noted.

The BTVSC is currently responsible for the maintenance of its wastewater system, with strata fees covering the costs. The new wastewater treatment system will be owned and operated by the SLRD. As such, the SLRD will requisition taxes from the residents of BTV for the costs of this system.

(The BTVSC did not respond to a request for comment by Pique's deadline.)

Rainbow said the decision to move responsibility for wastewater to the SLRD simply makes sense.

"It's part of the service that a regional district can do," he said. "If [the BTVSC] had wanted to just continue themselves, they are perfectly entitled to do that. But things get to a certain scale where it's easier to involve local government. I don't think they would have been able to twin the system with Pinecrest without the involvement of the SLRD."

The proposed project will redirect BTV's wastewater to a new, expanded treatment facility in Pinecrest Estates, which was upgraded last year.

"Up until two years ago, Pinecrest operated its own system," added Rainbow. "But it ran into considerable problems with the Ministry of Environment, and then ended up coming to the SLRD to take it over."

Rainbow noted that installing piping between Pinecrest Estates and BTV will be costly.

"The two communities are almost a kilometre apart," he said.

The project is expected to begin in fall 2019, with completion aimed for 2021.