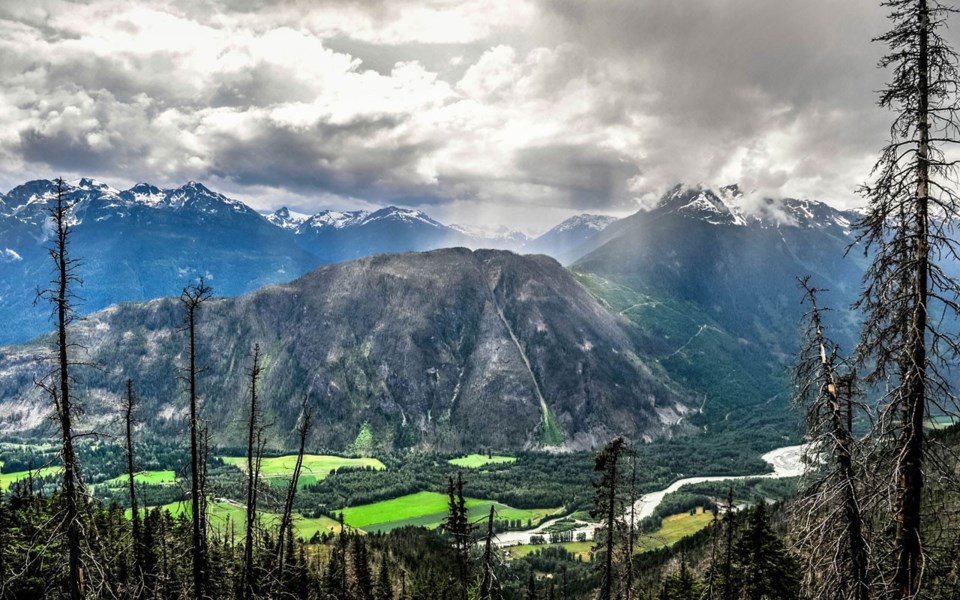 HAPPY TRAILS The SLRD is seeking public input on a draft of its trails 'master plan' update. Photo submitted

The regional district is seeking to revisit the 2009 master plan and develop a long-term strategy for recreational trail use in the Pemberton Valley.

"We've increased the scope with this one to take in a larger area," explained Allison Macdonald, parks and trails coordinator for the SLRD.

Much has changed in the area since 2009, explained Macdonald, including a new land use plan from the Lil'wat Nation and updates to both Pemberton's and the SLRD's official community plans.

Given that many trails run on Lil'wat land, the SLRD has worked closely with the Lil'wat to ensure that trails don't interfere with spiritually significant sites, she said.

"One of our partners in this is Lil'wat's land and resources department," said Macdonald.

The public consultation and stakeholder engagement phase of the project—which kicks off with an April 9 presentation at the Pemberton & District Community Centre—aims to identify where trail building and maintenance efforts should be focused.

"We need to be strategic on what we're maintaining," said Macdonald.

A team—led by a project steering committee and Whistler-based planning firm Brent Harley & Associates—has developed the draft plan. The steering committee is composed of representatives from the SLRD, Village of Pemberton, Líl'wat Nation, Pemberton Valley Trails Association, and Recreation Sites and Trails BC, which is a division of the provincial Ministry of Forests, Lands, Natural Resource Operations and Rural Development.

"We really need to hear from people on the ground to get a good sense of where things should go," said Macdonald.

Trail use has been on the rise in recent years—and not without conflict. The SLRD said in a press release that the update will seek to address unauthorized trail building that has occurred in that span.

"We encourage people to apply to build trails on Crown land to make sure they're not crossing controversial lands," said Macdonald.

Following the feedback, the project team will refine its recommendations and develop a draft of the updated Master Plan. The draft is expected in early May 2018 and will be available for review on the SLRD's website at www.slrd.bc.ca/PVRTMPupdate.

After this opportunity for public review, the Master Plan will be finalized and presented to project stakeholders and the province for approval. The goal is to complete the project by June.

Ian Kruger, president of the Pemberton Off-Road Cycling Association (PORCA), said that while he hasn't seen the draft plan and can't get into significant detail, he is looking forward to an opportunity to build relationships with various stakeholders through the process.

Kruger said that one of PORCA's goals is to build more intermediate and beginner trails in the area. "We really want to increase the diversification of our trail network. Right now the network is heavily skewed towards advanced riding and there aren't necessarily opportunities for beginner and intermediate riders," he said.

He also highlighted the need to recognize and build relations with the Lil'wat.

Pemberton is currently undergoing a development boom, and Kruger raised concerns about how it will affect Pemberton Valley trails.

He also noted that many existing trails, like Happy Trail and Waco, are on "option" land that could be made private land.

"If all that property is developed going forward it would kind of rip the heart out of the existing network," he said.

The open house will take place on Monday, April 9 from 6 to 9 p.m. at the Pemberton & District Community Centre. For those unable to attend, the storyboards and presentation materials will be available on the SLRD website following the meetings, and from April 9 to 20, residents will also be able to provide input via an online survey.

Catching up with Second Chance Cheekye Ranch
Sep 20, 2020 10:21 PM
Comments
We welcome your feedback and encourage you to share your thoughts. We ask that you be respectful of others and their points of view, refrain from personal attacks and stay on topic. To learn about our commenting policies and how we moderate, please read our Community Guidelines.