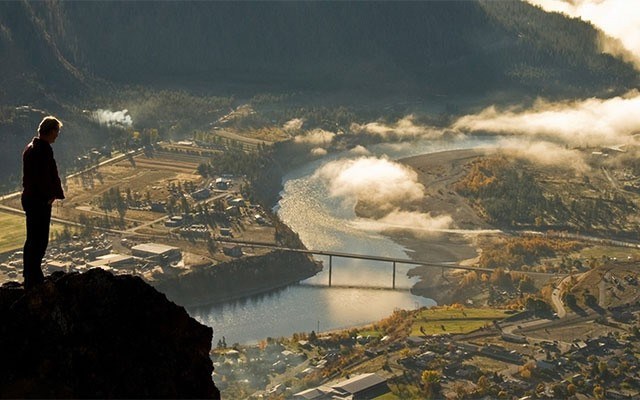 Officials in the Squamish-Lillooet Regional District (SLRD) are hoping for a new approach to ambulance services and first responders in rural areas.

At its Oct. 26 meeting, the SLRD board resolved to send a letter to the provincial government on the issue.

"Our request is for the government to review the resources they provide their dispatch staff serving rural areas," said SLRD board chair Jack Crompton.

"Before the centralization of dispatch services to Surrey, the person answering the call in rural Lillooet or rural Pemberton would live there, would know the terrain, would understand the area, and so we're asking that — whether it's satellite mapping or even tours of rural areas for the Surrey dispatch team — that the government resource their dispatchers differently for rural response than they do for urban."

The decision was prompted by a fatal accident on Oct. 16 on the Douglas Trail Road, commonly referred to as the Highline Road.

The road links D'Arcy, at the south end of Anderson Lake, with Seton Portage on the north end. It was declared a highway in 2013.

In responding to the Oct. 16 accident, an ambulance was dispatched out of Lillooet, said Area C director Russell Mack.

"They need to have their dispatchers come up and tour the area — spend a day up here, spend two days up here — and they should do that at least on an annual basis, and if they have a major turnover in their staff, then they should always be up on that."

In the case of remote or rural areas of the SLRD, a dispatcher looking at a map may not have the full picture in terms of road conditions — 50 kilometres on a rural road can take much longer than the same distance on a freeway.

"They look at a map, and they're going... we don't really know where that is, or whose jurisdiction it's in, so there needs to be a lot more communication," Mack said.

"That's what it all comes down to."

The District of Lillooet council passed a similar resolution at its Nov. 7 meeting.

The SLRD's letter will be drafted and sent in the coming weeks.

"They talk about the 'golden hour'... in this country here it's the 'golden two hours,'" Mack said.

"That really puts a patient in serious difficulty if they're seriously injured."

A Request for Proposals (RFP) for the replacement of the dock and boat launch at Anderson Lake will be reissued by the SLRD.

The first RFP was issued earlier this fall after the SLRD took ownership of the dock, which is located on a Ministry of Transportation right of way in D'Arcy.

"None of the bids we received met our requirements... (they) didn't meet our specifications or our price expectations," Crompton said.

"The intent is to have it in the water for the spring."

The west side boat ramp and decking on the existing dock will be temporarily repaired to ensure safety before construction on the new dock begins.