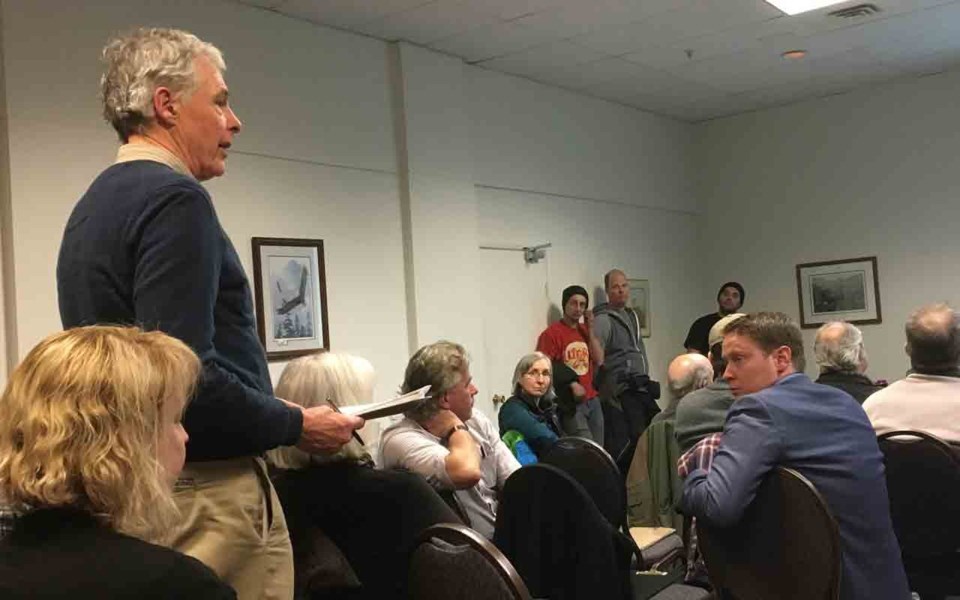 LOW ON FUEL The Garibaldi at Squamish project received a blow when the Squamish Lillooet Regional District voted to remove destination-resort language from its Regional Growth Strategy. Photo by Dan Falloon

The Squamish Lillooet Regional District (SLRD) voted to remove destination-resort language from its regional growth strategy (RGS) at its regular meeting on Feb. 28.

Board chair Jack Crompton told the Squamish Chief that the vote was unanimous.

The move itself, made as part of the SLRD's provincially mandated five-year RGS review, was controversial, as some perceived it to be an attempt to halt the proposed Garibaldi at Squamish (GAS) ski-resort project on Brohm Ridge.

The board had initially put forth removing the language as a minor amendment, but changed it to a major amendment, requiring a more intense feedback process, after the Squamish First Nation objected.

An initial public hearing was held at the SLRD's Pemberton office in September, but the board opted to hold another in Squamish on Feb. 19. At the latter, people on both sides of the issue packed the Eagle Room at the Sea to Sky Hotel to voice their respective opinions.

At that meeting and throughout the process, Crompton maintained that GAS is currently dealing with the province, and the SLRD's decision to eliminate the destination-resort language should not have any direct effect on the project.

As well, in response to residents concerned that removing the language eliminates a framework for those who might want to build a destination resort, he stressed it was "descriptive language."

The impetus to eliminate the language was to simplify the RGS document.

"In the end, the board felt this amendment provides clarity — that there are no lands in the regional district zoned 'destination resort,'" Crompton told the Chief.

Whistler Mayor Nancy Wilhelm-Morden reiterated her opposition to the GAS project, and added that in her view, the SLRD move is a clear salvo against it.

"It expresses the view of the corridor through the (regional) district that Garibaldi at Squamish isn't supported," Wilhelm-Morden said. "There are some interesting decisions coming up. I think the GAS proponents are promoting their project again, and (there are) going to be some interesting times ahead."

In an emailed statement, GAS vice-president for planning Rod MacLeod said the developers were unhappy with the result, but they plan to push forward with the project — which has been in development for decades — all the same.

"Garibaldi at Squamish is very disappointed that the SLRD has decided to place this unnecessary roadblock in the way of a positive economic, social and recreational amenity that will benefit the community of Squamish. The SLRD decision to remove the Destination Resort language, that has been part of the Regional Growth Strategy Bylaw for many years, and while the Resort is in the middle of obtaining further approvals from the province, is blatantly unfair," MacLeod wrote.

"We will shortly begin presenting our updated resort plans to the Sea to Sky community and we are confident that local residents and businesses will be supportive of the environmental protections, jobs, recreational amenities and economic benefits that will be created by the all-season resort."

-with files from Brandon Barrett