Providing a space for men 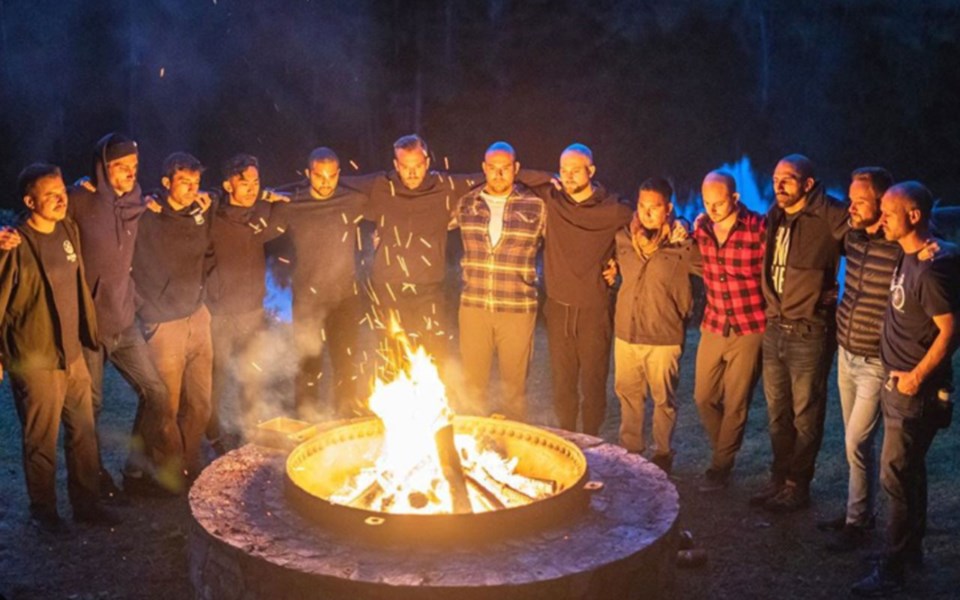 Being part of the Vancouver "squad" of the Samurai Brotherhood for the past three years, Thierry Muller lists off myriad ways the group has benefitted him, ranging from how to improve his romantic relationship with his partner to pushing him to pursue his true desires.

It also, importantly, provides space for men to talk about their lives in an open environment that they might not otherwise have, as men tend to be more resistant to discussing emotions and instead bottle them up without release.

"For me, there's been a lot of personal growth and it has also given me a place to talk about difficult topics, topics that are typically hard to talk about with your friends who are not equipped with the patience, first of all, and also the tools to respond to you in a useful way," he said. "It's basically a place where guys can bring any story that's going on in their lives and we can explore it together to deal with it better."

Hoping to help bring that experience to others, Muller is opening a squad in Squamish after recently moving to town. An informational open house is slated for Sunday, July 26.

From there, the Brotherhood will hold weekly meetings with groups of between six and 12 men.

"Typically, we'll sit down together for a three-hour period and have little conversations, including a few exercises or processes to help the men get in touch with aspects of their personalities or lives that they do not get the chance to access normally," Muller said.

Upon joining, Muller said the group asks for a four-week commitment so that members can start to feel comfortable before deciding to continue.

"The first meeting is often difficult for anybody joining," he said. "We have a recommended commitment of four weeks so people don't get too weirded out, I suppose, by the first meeting.

"There's definitely a period of adaptation where you're jumping into something that's new and different. It's more uncomfortable for some of the guys because they haven't had the chance to do that before."

While starting such an organization during the COVID-19 pandemic is coincidental, Muller said, he feels it's even more necessary during a stressful time. As well, his impressions of Squamish give him the sense that the group could be a critical resource for some men in the community.

"Having the support now is going to be more useful than it was a year ago," he said. "Squamish has a community of very rugged men who are not always in touch with their emotions.

"They're the typical guys: a bit more opinionated, more strong-willed and hard-working. But we always have a chance to soften a little bit and talk about what's going on under the hood."

Muller also stressed that the Brotherhood is not a place for chit-chat and delves into real talk.

"It's more work than social and just fun," he said.

The Brotherhood started in Vancouver in 2015 with six members, now has more than 400 worldwide with squads expanding to Vancouver Island, Toronto, Montreal and Australia. It operates with a "code" of 14 points encouraging virtues such as honour, truth, patience, courage, service and responsibility.

The open house will take place outdoors at the Brackendale Farmers Institute Park on Sunday, July 26 at 5 p.m.

To order a free ticket to reserve a spot at the open house, go here.