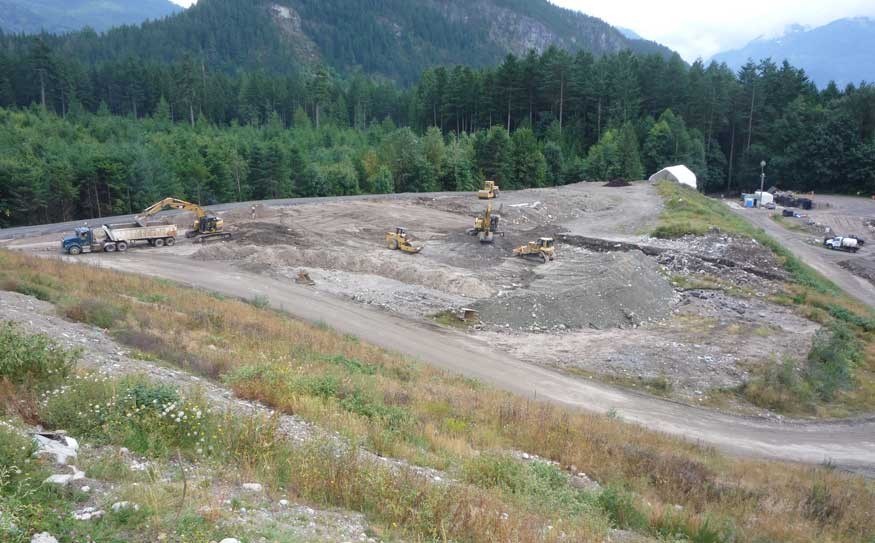 TRASH TALK A new fee structure is in place at the landfill in Squamish and disposing of yard waste has gone from no cost to $40 a tonne.

On July 1, new tipping fees went into effect at the Squamish Landfill and one fee increase in particular is causing a buzz in Squamish.

The new fee schedule was confirmed back in March when the members of Squamish Council approved a bylaw change that included an increase to the fees charged to leave waste at the Squamish landfill.

The Resort Municipal of Whistler charges $30 per tonne to leave yard waste at their composting site at the entrance to the Callaghan Valley, while Squamish charges $10 for collection. Together the fees add up to $40 per tonne, which is signficantly cheaper than household or construction waste but a far cry from free.

According to Squamish-Lillooet Regional District (SLRD) environmental technician, Brooke Carere, Pemberton residents are also encouraged to take their yard waste to the composter.

The District of Squamish (DOS) communication plan for the change in fees at the Squamish landfill included a notice published on the DOS website, letters to regular landfill users who hold accounts, customers of Carney's Waste Systems who make regular use of the landfill, brochures handed out at the landfill, newspaper advertising purchased by the DOS and a sign posted at the landfill in the weeks leading up to the fee changes.

Christie Smith, the Manager of Communications with the DOS, said the former practice of accepting residential yard waste free of charge at the landfill wasn't a decision made by council.

"Much of the material was used onsite for 'cover,'" said Smith referring to the old practice of using organic waste to bury the materials brought to the landfill. "The Ministry of Environment served notice in 2009 that this practice would require a special permit under the Organic Matter Recycling Regulation and the district continued to accept residential amounts of material that did not require chipping. The fee now being charged reflects the cost of trucking the material to the Whistler composter and paying the Whistler fees."

The residents of Britannia and Furry Creek are now the only Sea to Sky residents who have access to a yard waste collection service offered at no cost.

"We just put in a couple of yard waste bins for the summer for branches and grass clippings and stuff like that," Carere explained. "We're going to see how it goes and make sure people aren't tipping garbage and stuff. So far its been pretty well received and definitely a service they need because we were finding that stuff was going into the regular garbage and that just doesn't make sense from a cost perspective because it is way more expensive and that is a resource that could be used for the composting facility."

Squamish residents in the Garibaldi Highlands area are scheduled to be part of a curbside yard waste collection program this summer so they will join Furry Creek and Britannia residents in getting free yard waste service once the pilot program begins.

Carere noted that the SLRD is working on a regional composting feasibility study and creating a zero waste strategy for Area C of the SLRD.