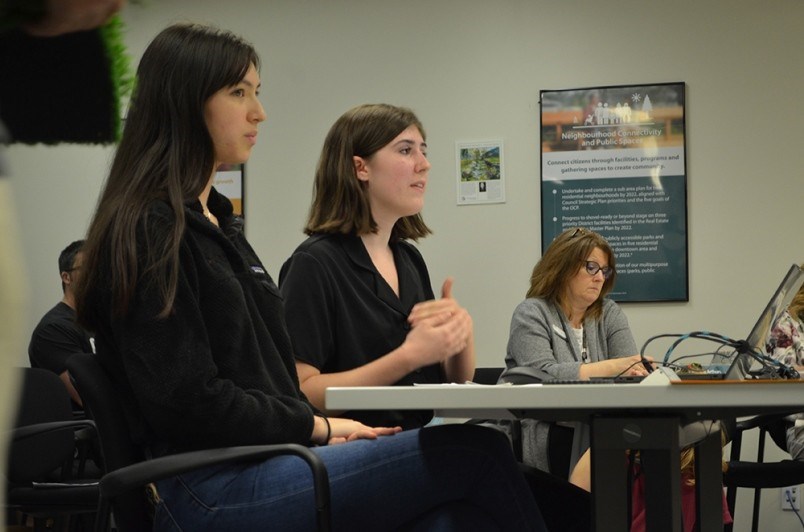 In the wake of global student climate strikes, Squamish moves a step closer to declaring a climate emergency.

After hearing a presentation from Howe Sound Secondary students Trina Fearon and Annie Malpass, council voted unanimously in favour of preparing a motion to declare a climate emergency. This motion will be voted on at a later date.

"I think the voices of this next generation need to be elevated," said Mayor Karen Elliott. "This is the planet they will inherit."

During their appearance before council, Fearon and Malpass listed the demands they and other youths made at the recent global student climate strike.

Should Squamish declare a climate emergency, it will be following in the footsteps of others. For instance, the federal House of Commons recently made such a declaration.