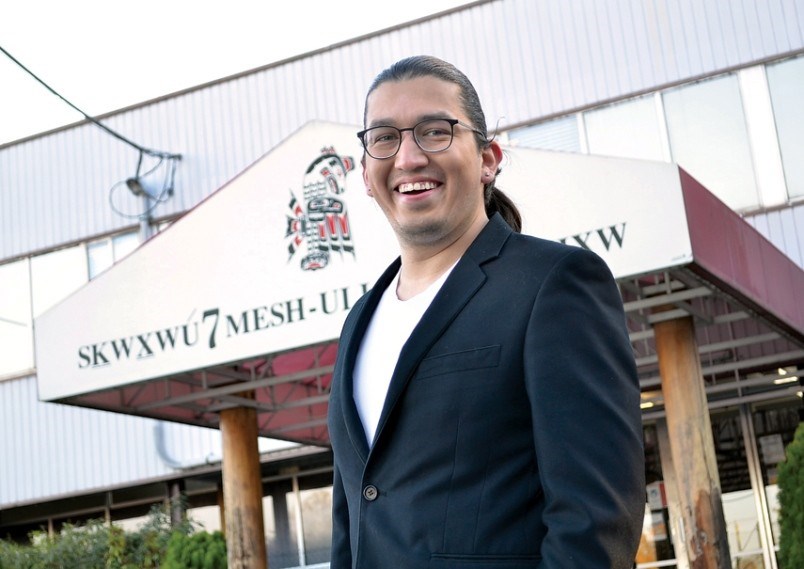 The Squamish Nation is on its way to bringing home around 1,000 of its members who have been unable to live on their North Shore and Squamish Valley reserve lands.

The nation’s council has formed a non-profit housing society with a mandate to build below-market rental units on undeveloped reserve lands for Squamish Nation members currently caught in the housing affordability crisis.

Less than half of the Squamish Nation’s population of 4,000 currently live on reserve land, though surveys have shown upwards of 80 per cent of those living elsewhere would come home if there were affordable options for them, said Khelsilem, Squamish Nation council spokesman. “Right now, there’s just very few opportunities, especially for young people – young people who are in their 20s and starting to have families of their own. There are no options for them currently, so they’re moving away, and that creates a real challenge in terms of our children being raised outside of our community and not having that connection to our culture, our programs, their families, the support network that we’ve relied on for thousands of generations,” he said. “Our goal is to build 1,000 units over 10 years or sooner. … The majority of that would be on the North Shore.”

The name they’ve chosen for the body is the Hiy̓ám̓ ta Sḵwx̱wú7mesh Housing Society.

“Which means ‘the Squamish are coming home,’” Khelsilem said. “The right to housing is something that we really believe in.”

It would be up to the board to set the rental rates, but the plan now is for rent to be geared to income.

The society will operate at arm’s length from council, ensuring questions around the allocation of housing and enforcement of tenancy agreements aren’t politicized, which is considered best practice among housing societies, Khelsilem said.

The band’s leadership began exploring the idea in 2018. In August, they approved a work plan and set a budget for the creation of the housing society and are now in the final stages of appointing a board of directors.

Building the multi-family homes close to transit is one of the key criteria in selecting which sites would be appropriate, Khelsilem said, so they can keep costs down by not having to build expensive underground parking garages. And, he added, a lot of low-income families cannot afford the luxury of a car, insurance and gas.

“They generally use transit and so we are looking at developments along major transit routes, and the B-Line [RapidBus] being one of the determining factors to help support it,” he said.

If all goes smoothly, Khelsilem said he’d like to see the first keys being handed out to Squamish tenants within two years.

This story originally appeared in the North Shore News on Oct. 31.