With first and second reading of an official community plan amendment Squamish is one step closer to creating an entry-level, year-round training venue for nordic sports.
May 8, 2013 9:00 PM By: John French 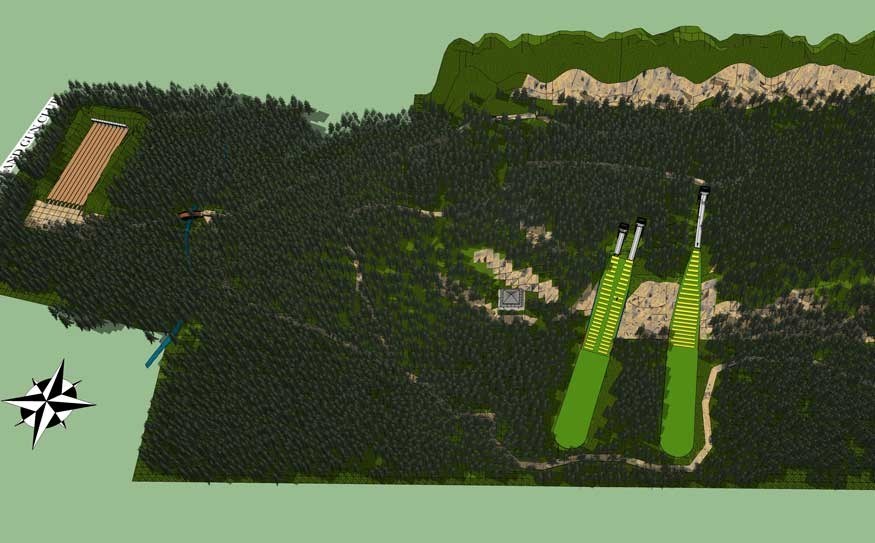 With first and second reading of an official community plan amendment Squamish is one step closer to creating an entry-level, year-round training venue for nordic sports.

Squamish council has given initial approval to the proposed Squamish Legacy Sports Park on a piece of property near the Brennan Park Recreation Centre.

The Callaghan Winter Sports Club wants to build a facility that will include a multi-use trail system, 18-metre high ski jump towers with out-run ramps and a multi-use pavilion. While the facility will focus on nordic sports it can also be used by mountain bike riders, climbers and runners.

Park proponents are reportedly working in partnership with the Squamish Rod and Gun Club, one lot over, to access existing shooting ranges for biathlon athletes.

District of Squamish Planner Sabina FooFat said the development plan includes an area for a small restaurant and an equipment rental building similar to the building that serves the Lost Lake cross country trails.

Council voted to allow the proposal to move ahead and a public hearing has been scheduled for May 21.

Unionized municipal workers in Squamish have agreed to a new four-year contract with their employer.

The union has reported that the deal is retroactive to Jan. 1, 2012 and will be in effect until Dec. 31, 2015. Employees negotiated a 1.25 per cent wage raise in the first year of the deal and 1.75 per cent increases this year and next. The workers will get a two per cent raise in the final year of the four-year agreement.

Wayne Chadwick, president of CUPE 2269 said the deal also includes an increase in the boot allowance and improvements to bereavement leave. "After a difficult round of negotiations we are glad to have reached a fair and reasonable agreement for our members," Chadwick stated. "CUPE 2269 members are proud of the quality public services we provide our community and we look forward to continuing to provide them in the future."