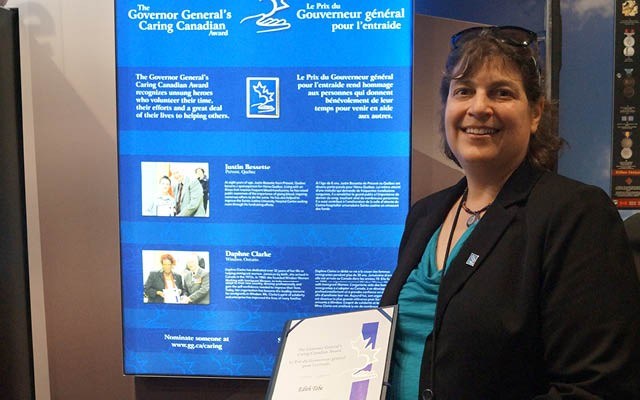 A dedicated Squamish protector of the environment is one of 24 people in B.C. given a Caring Canadian Award. The Governor General's award was presented to Edith Tobe for her work raising awareness of the importance of a healthy ecosystem.

Tobe is the executive director of the Squamish River Watershed Society.

She was very honoured by the award and said that receiving it left her feeling extremely humbled.

"I was in really prestigious company," Tobe said of the presentation ceremony on Jan. 23. "There was a doctor who is part of a consortium that goes around the world doing, for free, surgery on children born with cleft palates. I was sitting beside a lady who's been fighting polio at the highest level her whole life."

Nikki Wright, a colleague who chairs the Sea Gras Conservation Working Group, nominated Tobe for the award. The two have worked together since 2001. Wright lives in Brentwood Bay on Vancouver Island. Tobe described her as a mentor. Wright attended the presentation ceremony at Government House in Victoria along with Tobe's mother and sister.