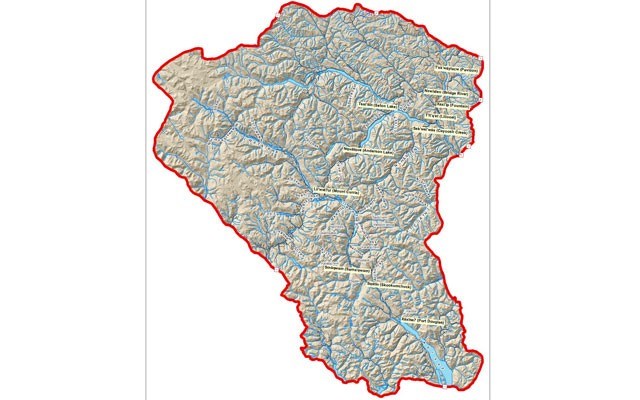 The St'at'imc Chiefs Council will make a presentation to the United Nations (UN) next week concerning "Canada and B.C.'s ongoing attempts to extinguish St'at'imc title and rights."

Members of the St'at'imc Nation, comprised of 11 distinct communities, including the Lil'wat in Mount Currie, will be travelling to Geneva, Switzerland, to address the Committee on the Elimination of Racial Discrimination.

The two-day presentation marks the second year in a row the St'at'imc have raised issue with British Columbia's treaty process at the UN.

"From a St'at'imc perspective, we're not opposing treaties; we're opposing the B.C. treaty process that eliminates our ability to make decisions and manage our own territories," said Chief Don Harris, chair of the St'at'imc Chiefs Council.

Of primary concern for the St'at'imc is the land-base areas included in B.C.'s ongoing treaty negotiations, with claims from several surrounding nations stretching into the St'at'imc's traditional territory.

"It makes it difficult for our operations," Harris noted. "Last year, my community built a subdivision and I had to go through the consultation process with our 12 neighbouring communities more or less for permission to take gravel from one side of the reserve boundary to move it onto the reserve."

Currently, there are overlapping claims from the NStQ, the Katzie First Nation, the Squamish Nation, the In-SHUCK-ch Society, and the Tsilhqot'in, threatening the title and rights of six St'at'imc communities.

"When you look at the formula... that (the government) is committing to, they're looking to consult with communities that have created traditional territories for revenue sharing, overriding the communities that are at the centre of whatever's moving forward," Harris elaborated.

"So if the government wants to move mining forward, forestry forward, or something else, now they can ask the outlying communities that claim traditional territory, and that overrides the (communities) that are at the core of the impact."

The delegation also plans to bring up B.C.'s Water Sustainability Act, a piece of legislation Harris said was rolled out last year without any prior consultation with First Nations and which aims to "appropriate our waters," according to a St'at'imc release.

Again, the main qualm Harris has with the act goes back to land title.

"What the act does is create revenue sharing from licenses and tenures, so in the new Water Act, they've added groundwater to the fees they're going to collect. A lot of First Nations communities don't realize there was a revenue sharing (agreement) created out of those fees, which came out of some of the run-of-river projects that are currently out there," he explained. "But for communities to take advantage of revenue sharing, they have to claim traditional territory."

The St'at'imc took their concerns to the UN last year after feeling like they hadn't been heard by senior levels of government. Harris is hopeful Ottawa will get the message that future treaty negotiations should include all Indigenous communities, not just those "that have been more or less forced into an agreement."

The St'at'imc will present to the UN along with representatives from the Interior Alliance Nations on Aug. 14 and 15.

An email to Canada's Ministry of Indigenous and Northern Affairs was not returned by press time.