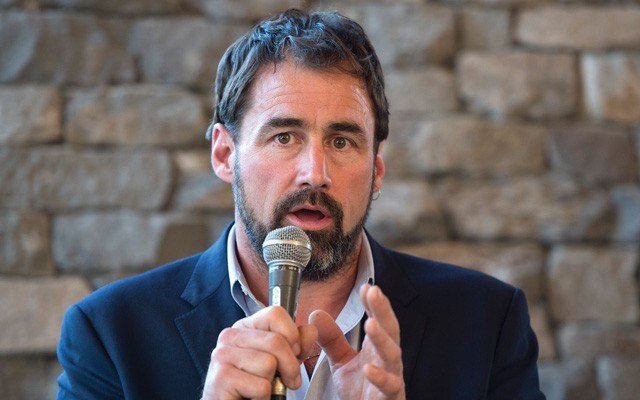 Learning Experience MLA Jordan Sturdy has been criticized for buying shares in a gambling company that competes with BC Lottery. File Photo

A local MLA is drawing criticism for recent investment decisions.

Documents obtained by Business in Vancouver show that MLA Jordan Sturdy invested in a grey market online gambling company that competes with BC Lottery, a provincial Crown corporation.

Reached for comment, Sturdy said he felt the BIV story was "a distortion."

"It's a $4-billion, publically traded company on the TSX, so I don't understand their concern necessarily," he said.

"It's focused on online gaming around the world. B.C. is really an inconsequential piece of it all."

Sturdy said he made the investment in anticipation of online gaming being approved in New Jersey and Pennsylvania.

"So there was an expectation that there would be an increase in the value of the company, and that was my focus," he said, adding that he looked at a number of different gaming sites in an effort to diversify his portfolio.

"Perhaps I could have... thought about the optics of it, which I didn't."

NDP MLA and opposition gambling critic David Eby said he can't think of any rule that Sturdy has broken, but you "can't legislate common sense."

"The idea that he's investing against the interest of the province in a company that's operating in a dubious legal environment really says to me that he's not using his head and he's not thinking about what his responsibility is as a government MLA and a parliamentary secretary," Eby said.

"Certainly if any vote... or discussion comes up around additional law enforcement in relation to grey market gambling sites, or gambling generally, he's going to have sit those discussions out, because he has a clear conflict of interest."

The problem isn't so much that Sturdy made the investments, but that the system allows for it, said Duff Conacher, co-founder of advocacy group Democracy Watch.

The loophole exists countrywide, and is found in the definition of what is a private interest, Conacher said.

"'Private interest' does not include an interest arising from the exercise of official power or performance of an official duty or function; that applies to the general public, that affects the member of the legislature as one of a broad class of electors," Conacher said.

Sturdy said he meets with a conflict of interest commissioner on an annual basis, and his investments are all public.

"I hadn't even considered the BC Lottery component of it... in retrospect I see that they are potentially a competitor," he said. "It's been a learning experience for sure."