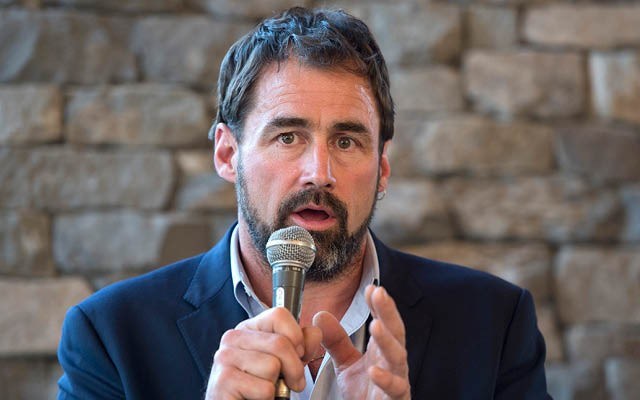 MAYOR OUT Jordan Sturdy's last day as Pemberton mayor will be Feb. 5. Photo by Bonny Makarewicz

Pemberton Mayor Jordan Sturdy handed in an official letter of resignation at a council meeting on Tuesday.

Sturdy announced earlier this month that he would be giving up his seat to focus on his duties as MLA for the West Vancouver-Sea to Sky riding. His last council meeting will be Feb. 4, the day before his resignation takes effect.

"It is regretful, but it is definitely a forward move for you," Coun. Alan LeBlanc told Sturdy, who participated in the meeting by phone. "As a council member, I thoroughly enjoyed sitting here with you as our mayor and I believe that you've always had the village's best interest at heart."

Council was slated to discuss the acting mayor schedule during the meeting, but pushed that issue back to a Feb. 11 meeting. Currently, each councillor is slated to take over mayoral duties for three months until November.

Flood mitigation work on the Birkenhead River is slated to begin after the project received funding from Aboriginal Affairs and Northern Development.

The federal money is earmarked to remove gravel from the river, as outlined in the Birkenhead River Mitigation Report. Pemberton council joined the Lil'wat Nation Tuesday in giving its support for both the gravel removal and berm extension.

"Last year at the Continental Pole Yard there was almost a flood," Coun. Mike Richman said during the meeting. "The river was almost breached so they (built) a dyke or berm. The problem is in that area over the years the Birkenhead River has rechanneled closer to the residential areas and the river sits higher than the land beside it now. As a result, there's increased danger of flooding."

The report lays out a plan in which a training berm would send the water back to its original channel. "It would bring the (flood) danger back to a 50-year flood level," Richman said. "It's a really big project."

The Birkenhead River Technical Steering Committee, which includes local governments as well as provincial and federal stakeholders and the Pemberton Valley Dyking District, met in December to determine if any work could be done before spring thaw.

Properties along the river and Highway 99 face the threat of flood every spring. Debris that clogged the Grandmother Slough in 2003 has been a main source of the problem. While temporary work has taken place in the past, new efforts could help with a permanent solution.

VOP to apply for bridge grant

Pemberton council will apply for a provincial cycling grant to help fund the Friendship Trail Bridge.

The VOP has already secured $369,000 through a gas tax grant for the project, which will create a non-motorized crossing over the Lillooet River to connect Mount Currie and Pemberton. "There were quite a few applications, but a lot of people were struggling with the deadline," Jennifer Kirk, communications and grant coordinator with the VOP, told council ahead of its vote in favour of supporting the application.

Plans for additional fundraising are underway, but council is holding off until the final design of the bridge is submitted. "We're working towards a complete design in March," said Daniel Sailland, chief administrative officer. "We're expecting some preliminary designs this month."

Designs will be submitted for two locations: one at the North Arm crossing and the other at the existing Highway 99 bridge. "We do intend to go out to various community groups, as well as to individual corporations seeking to bridge the gap — no pun intended — in funding," Sailland said. "What we figured is it would be a lot easier with a final design to get people to donate."

Council has discussed approaching stakeholders for donations. "We'd like to have something in place so that when we have tourists in the summer we can go out and encourage people to take part in the fundraising project as well," Sailland added. "We expect in March to formalize some outreach, everything from lettering to social media campaigns."