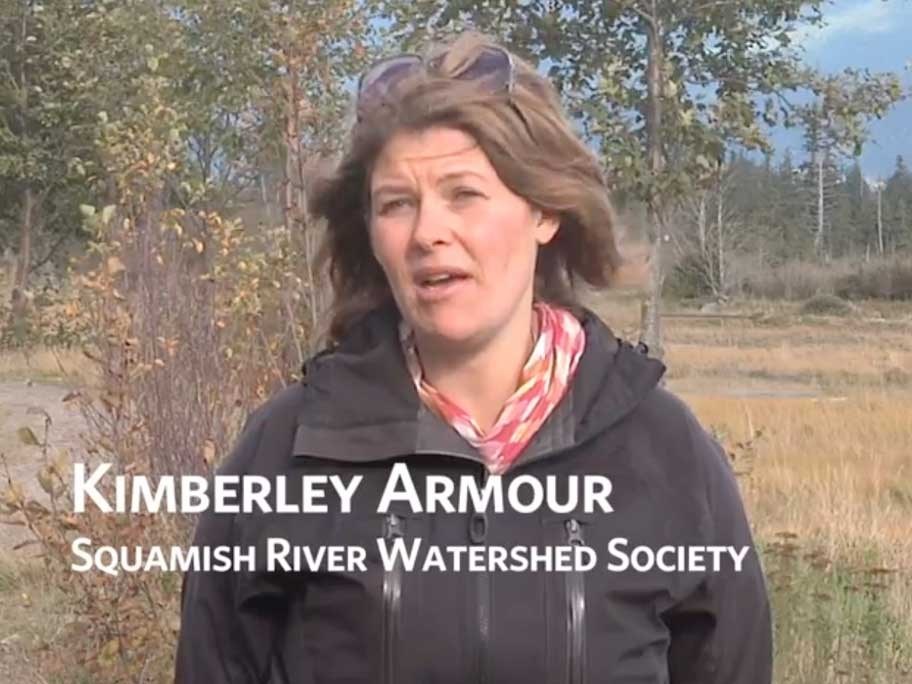 The David Suzuki Foundation has released a video on the Squamish Estuary as part of a report and six-video series on sustainability for the newly elected council members across the province.

The Natural Capital Policy Review provides a review of policy options communities can use to create a green agenda for making communities healthier.

The videos outline real life actions that are having positive impacts on the environment and bring an interactive multimedia feel to a long policy document that would interest only a small group of people.

Squamish residents Edith Tobe and Kimberley Armour appeared in the two-minute video about the area where Howe Sound and the Squamish River meet.

Tobe, a biologist who heads up the Squamish River Watershed Society, explained in the video how B.C. Rail planned in the early 1970's to build an ocean terminal where coal could be moved from rail cars to ocean carriers.

"In order to do that, they started to dredge out the Squamish River and they put up what is called a training dyke to keep the river over to one side and in essence dry out the land so that they could build a coal port," said Tobe in the video.

According to Tobe, Fisheries and Oceans officials shut the project down in 1972. Since that time, a number of rehabilitation projects have taken place in the Squamish estuary to help bring the area back to its natural state.

"All of the plants you see here have been planted by volunteers since 2003," said Armour in the video with the estuary landscape and its relatively new plant life visible behind her.

Armour is part of an initiative that brings school students to the estuary to learn about its features and help with the rehabilitation efforts.

"In 2011, finally we're back with the area pretty much naturalized into estuary," Tobe said.

Projects like the Squamish Estuary rehabilitation are real life examples of the policies described in the Suzuki Foundation report.

The report and the videos can be found at www.davidsuzuki.org.

Family in Labour Day weekend car crash near Whistler receives donated car
Oct 27, 2020 8:11 AM
Comments
We welcome your feedback and encourage you to share your thoughts. We ask that you be respectful of others and their points of view, refrain from personal attacks and stay on topic. To learn about our commenting policies and how we moderate, please read our Community Guidelines.