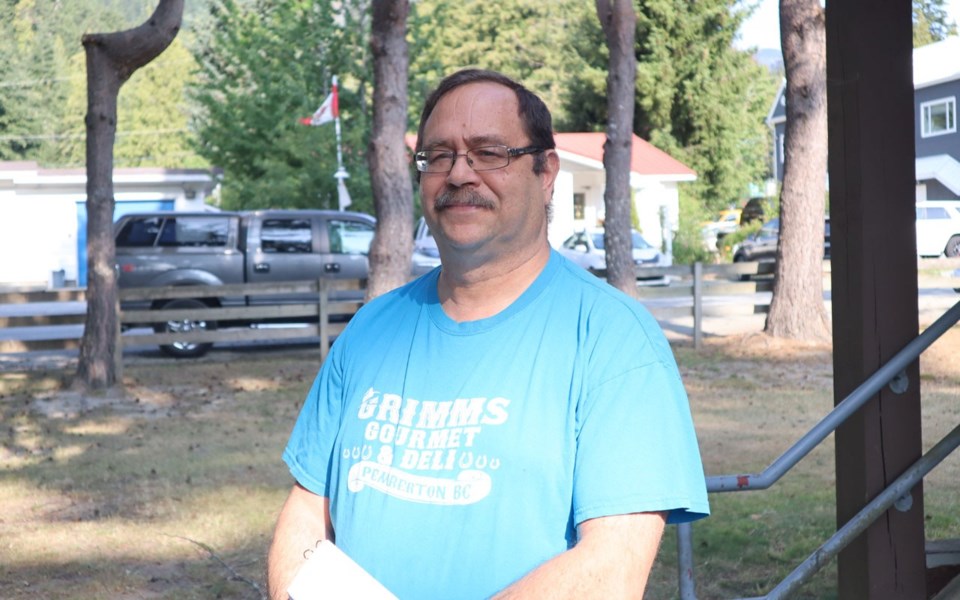 security Mark Mendonca, president of Tourism Pemberton, is looking at options to secure long-term, secure funding for the organization. photo by Joel Barde

Tourism Pemberton is working to arrange a more secure source of funding or the future.

Representatives of the organization met with Village of Pemberton council on July 24 to discuss its plan to apply for funding through the Municipal Regional District Tax (MRDT) fund and the possibility of a secure funding commitment from the Village.

"The dollars in my opinion are massive dollars," he said noting Joffre Lakes Provincial Park alone attracts over 160,000 people annually.

"We don't know what they are, but we know they are there.

"We know—we know—that twenty per cent of those people are coming into town."

Over the years Tourism Pemberton has spearheaded a number of initiatives aimed at growing tourism in Pemberton, including an area hiking map, a visitor guide, and taking over the Slow Food Cycle Sunday.

During the early morning meeting, Mendonca was supported by several others, including Don Coggins, owner of guide horse riding company Copper Cayuse Outfitters.

Coggins underscored the need for a steady stream of income for Tourism Pemberton, which already receives funding from the Village for specific projects.

"It's being able to say we have X number of dollars per week that we can work with every year for a period of years to allow us to build," said Coggins. "We've always been spare for funds, we never had that (assurance)."

In his presentation, Mendonca said that the MRDT could provide a sound source of ongoing funding for the organization. The MRDT is levied on accommodation providers, including short-term, and goes towards supporting tourism marketing and affordable housing.

Mendonca said that while he didn't know exactly how much would stem from the fund, it could provide a steady source of financial support and therefore relieve strain on the Village's finances.

To apply for the fund, Tourism Pemberton is looking to hire Cadence Strategies, a Whistler-based consultancy firm that has successfully applied for the funding in the past.

In its proposal Cadence Strategies suggested a comprehensive multi-step approach to securing the funding that would involve extensive stakeholder meetings and cost $24,800 in total.

Cadence estimates the entire project would take between six and nine months to complete.

Tourism Pemberton is looking to fund its application, which includes the development of a five-year marketing plan, through monies secured through the BC Rural Dividend Program (RDP).

Acknowledging that MRDT application process is long and not a sure thing, Mendonca also asked if tourism could become a line item in the Village's annual budget.

Later, council agreed to have staff give a letter of support for Tourism Pemberton for its RDP application.

Richman said he liked the idea of the organization gaining a secure and steady stream of funding through the MRDT, but said that much more discussion would be needed before funding for tourism is a line item in the Village's annual budget.

"If you want to be a line item, how you perform your finance, and the level of information we need just upped and changed considerably," he explained.

"This is why I think this needs to be an ongoing conversation—what's the best method to fund your organization.

"I don't have the answer and that's why we have to continue the conversation."