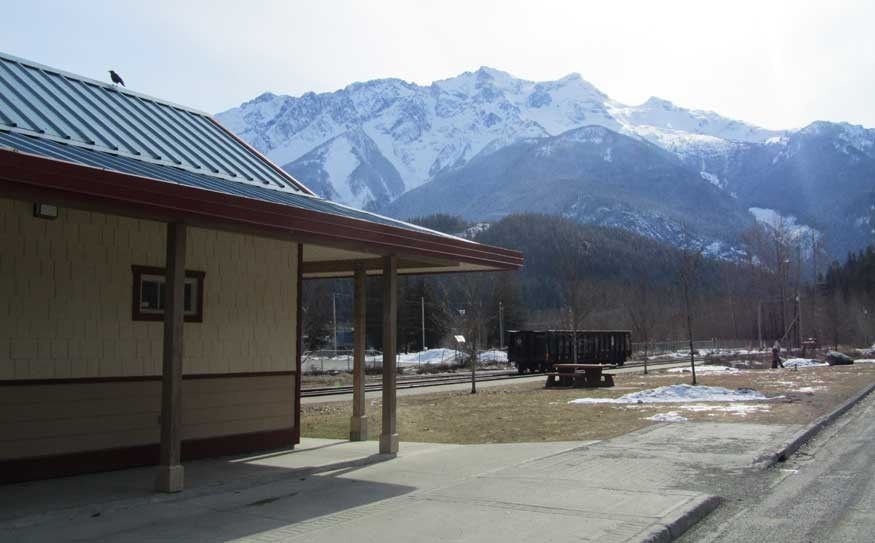 All Aboard Pemberton Council is amending the Official Community Plan following the purchase of the village's train station, in anticipation of a new park. Photo by Cathryn Atkinson

Train Station Park in the centre of Pemberton took two more steps on the road to reality with two public hearings and third reading to change the Official Community Plan (OCP) at the Village of Pemberton's council meeting on Tuesday, April 3.

The public hearings to amend the OCP passed off with two members of the public in attendance and no questions being asked of council.

The OCP zoning amendment concerning the resource designation of the Lil'wat Properties passed its fourth and final reading.

The proponents are now entitled to make an application for their development permits and work with development services to take the next steps, then on to building or other permits.

Mayor Jordan Sturdy commended residents of Pemberton for coming second in British Columbia for the amount of energy saved during Earth Hour on March 31.

Pemberton reduced its energy use by 6.8 per cent, the greatest reduction in the corridor. Whistler came fourth in the province, with a 5.67 reduction in energy use and Squamish was further down the list at 2.2 per cent.

Sturdy said it was a good reflection on the community that so many took the challenge seriously.

The next council meeting is scheduled to take place on April 17 at 9:00 a.m.