Residents encouraged to make sure bears can’t get into household garbage
Oct 20, 2012 3:45 AM By: John French 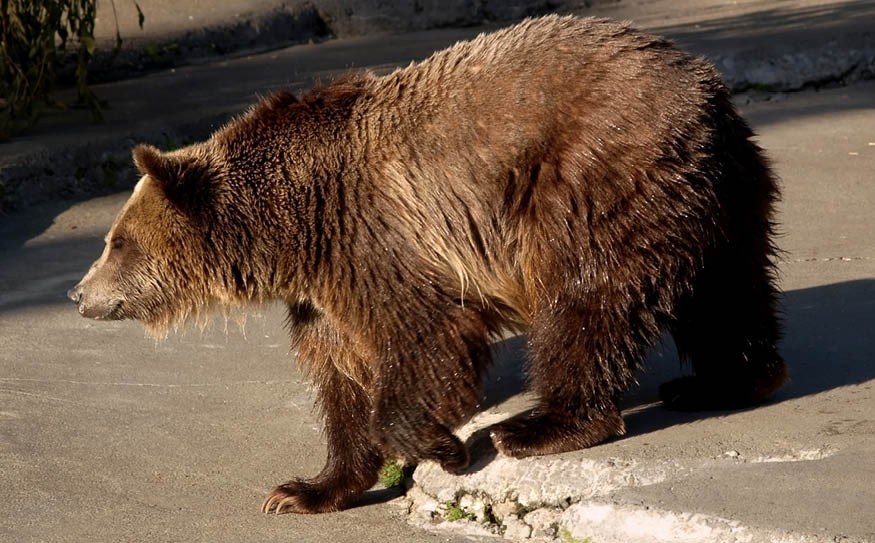 The lives of 12 bears in Squamish were cut short this year, a huge increase from last year when only one bear was destroyed, after the conservation service targeted them as a safety risk.

One became a minor online celebrity. The bear was photographed peering into a restaurant window and the grainy low resolution photo was published to the Internet.

The bears have been eliminated since May.

"With a wet spring and unseasonably dry weather during the late summer and fall, the alpine berry crop has been negatively impacted forcing many bears to forage for food in the valley,” said Meg Toom, the District of Squamish Bear Aware Coordinator.

She added that when natural food sources are scarce bears become attracted to garbage, fruit growing in backyard trees and birdfeeders.

“Bears will spend the next six to eight weeks looking for much needed calories to see them through their winter hibernation,” Toom said.

“Squamish residents must remain vigilant in their management of attractants so that bears keep moving through the community and not stopping and staying.” She encouraged residents to find ways to make bears feel uncomfortable in neighbourhoods.

“They must be encouraged to move on, for their own survival and for our safety,” she said.

Squamish initiated its Bear Aware Program in 2004 after a season that saw 27 bears put down.

How safe is it to ride the Sea to Sky Highway?
Aug 11, 2020 9:39 PM
Comments
We welcome your feedback and encourage you to share your thoughts. We ask that you be respectful of others and their points of view, refrain from personal attacks and stay on topic. To learn about our commenting policies and how we moderate, please read our Community Guidelines.