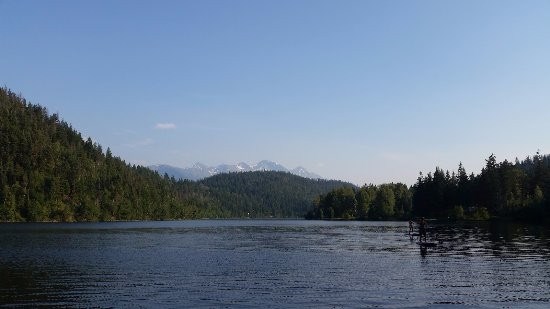 After arriving on the scene, police confirmed that one man died in the accident. On Thursday, Aug. 2, police reported that the deceased is a 20-year-old man from Prince George.

Later on Thursday, the BC RCMP's Underwater Recovery Team recovered the body of another passenger, a 29-year-old Aldergrove man, who was believed to be submerged in the capsized plane.

The plane's pilot, a 20-year-old Williams Lake man, survived the crash and was transported to hospital with serious but non-life-threatening injuries, police said.

The RCMP and Transportation Safety Board (TSB) said it's too early to speculate on the cause of the accident. According to witnesses, the plane plunged into the lake shortly after taking off, police relayed.

A spokesperson for the TSB also added Thursday that investigators have been delayed in getting to the scene by a mudslide in the area.

"There’s certainly no insights into the probable cause (of the crash). We’re very much in the initial data-gathering stage now, trying to access the site," he said.

Emergency services attended the scene, including a Cormorant helicopter from the Coast Guard's Joint Rescue Coordination Centre (JRCC) in Victoria and a Buffalo aircraft from the Canadian Forces base in Comox.

Lillooet RCMP were notified of the accident just before 1 p.m. on Tyaughton Lake, also known as Tyax Lake, located about 100 kilometres west of Lillooet, according to a release.

In a statement Thursday, Gold Bridge floatplane operator Tyax Adventures confirmed it was not one of their planes involved in the crash.

"We are deeply saddened by this tragedy. Our hearts go out to the victims and their families, loved ones and friends, and we send our sympathy and condolences," the statements reads.

Check back with Pique for more information as it becomes available.

This article has been updated since publication.