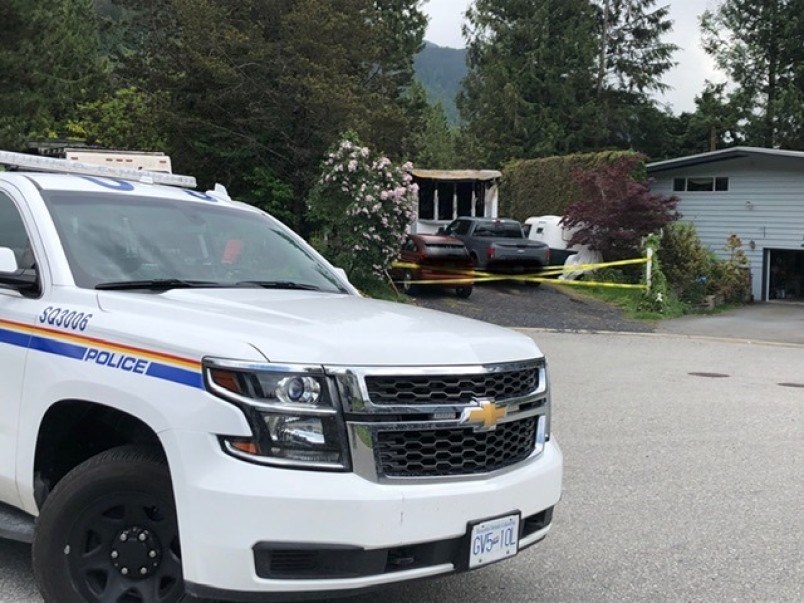 Two people have died in a Britannia Beach fire that engulfed a mobile home on May 12.

The BC Coroners Service said it is investigating the deaths of a man in his late 30s and a woman in her late 40s. No other details have been released.

“There does not appear to be anything suspicious in nature at the current stage but will be fully determined after additional investigative steps,” said Squamish RCMP Sgt. Sascha Banks in an email.

Britannia Beach Volunteer Fire Department and RCMP responded to a structure fire on Minaty Lane May 12 after 11 p.m.

RCMP said the blaze was snuffed out by 1:45 a.m., and officers continue to investigate.

If anyone has any information as to the circumstances surrounding the fire, please contact the Squamish RCMP at 604-892-6100, or Crime Stoppers at 1-800-222-TIPS, or at www.solvecrime.ca.

~With a file from Jennifer Thuncher.

This story originally appeared in The Squamish Chief on May 14.