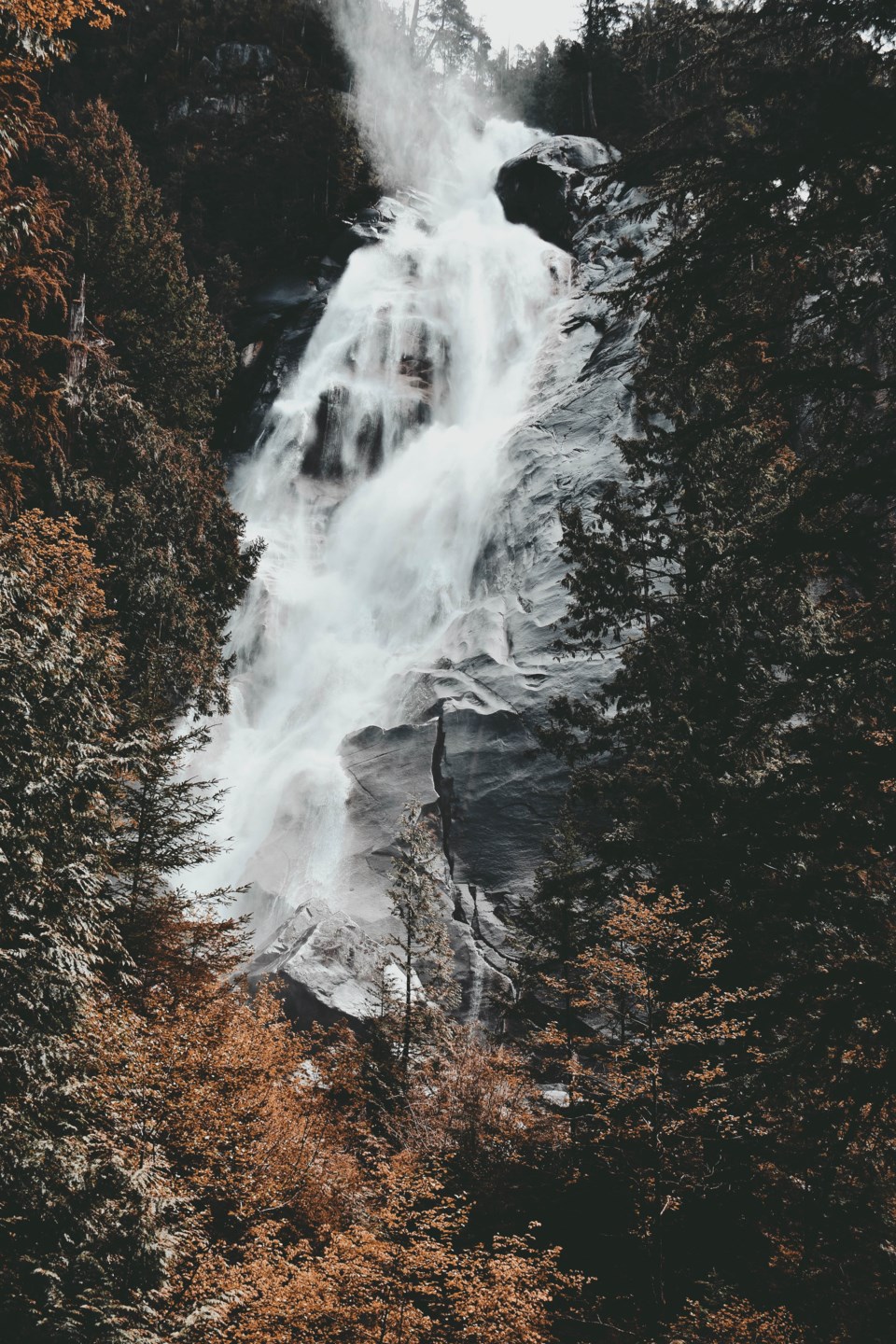 The search for three missing hikers at Shannon Falls is now an effort to recover the bodies.

Squamish RCMP said the three people were swimming in one of the pools at the top of the falls and were with a group of friends before they slipped and fell into a pool below.

The trio were declared missing in the early afternoon of July 3, and Squamish Search and Rescue along with other first responders began a search immediately.

"We were called ... around noon for three people who went into the river just above Shannon Falls ...," search and rescue co-ordinator Landon James told the Squamish Chief yesterday, July 3.

According to a release, Squamish RCMP received a call from BC Ambulance at 11:55 a.m. regarding three people who were swimming in one of the pools at the top of Shannon Falls. RCMP said the individuals were with a group of friends when they slipped and fell into a pool 30 metres below.

On scene July 3, the parking lot of the provincial park was filled with emergency services personnel. Alongside Squamish SAR; Lions Bay SAR, North Shore SAR, BC Ambulance, Squamish Fire, TEAAM, BC Parks, and Squamish RCMP all attended to assist in coordinating the search efforts.

"SAR teams, multiple Helicopter Units, and RCMP have been working in all capacities to locate the three people," stated Corporal Sascha Banks in a release describing the terrain as, "difficult, very dangerous," and the water flow as "heavy," which complicated the search.

Search efforts included helicopter surveys of the area, as well as rope-rescue searches around the falls said James.

He was unable to give the ages or genders of the missing parties, and said they do not know yet where the group is from, while RCMP said families of those missing are currently being contacted. RCMP said they will not be releasing the names at this time.

James told the Chief the water in the pools is extremely cold and the current varies by time of day. Despite the risk, Upper Shannon Falls Hiking Trail is a popular route to the pools and viewing area for the top half of the falls.

"I haven't seen the pools myself very closely, but they are a series of step pools that then turn into the falls," said James.

He added SAR also reviewed footage from a bystander who captured drone images from the area.

The entrance to Shannon Falls has been closed to the public, as have any trails leading to the pool system at the top of Shannon Falls.

This story will be continue to be updated as more information becomes available.