VCH distributed memo about lead in drinking water in 2013 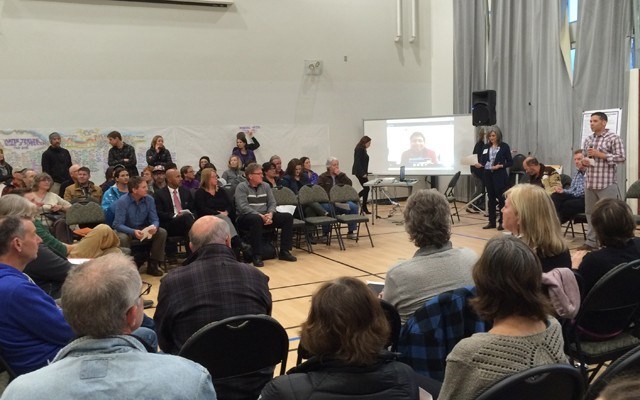 The memo is dated October 8, 2013, and was sent to communities and stakeholders throughout the health authority, including the VOP — though it was not marked urgent.

It said it is "intended to provide advice to school districts, child care facilities and homeowners" with regards to lead and copper in drinking water, and strategies to minimize exposure.

The memo discussed how corrosive water can leach heavy metals like lead and copper from pipes, and the negative effect that low-level lead exposure can have on children's intelligence.

It recommended that water users flush their taps before consuming water that may contain lead leached from pipes or pipe fixtures.

VCH's drinking water officer Len Clarkson said he would have delivered it in person, likely to the public works department.

Asked for comment after Pique resent the memo this week, the VOP said in an April 8 statement that it has reviewed emails sent to staff from VCH, and found the document in question attached to an email. It is unclear to whom the email was sent.

In its emailed response to Pique, the VOP said it first received the memo on December 12, 2013 — two months after the date of the letter — and a meeting with VCH followed in March of 2014.

"We were never (told) — through that meeting, or through that email — 'hey, you've got a real issue here, you should alert your residents right now,' or staff wasn't given that sense," Pemberton Mayor Mike Richman said in an April 9 phone call.

"I can only have faith that staff at the time made the best decisions around the recommendations that they got from our health partners."

The memo was not included on the agenda for the March 2014 meeting, and was not labeled as urgent by VCH, Richman said.

The VOP said that the first it knew of lead in drinking water was on March 9, 2016, when water tests of certain homes found elevated levels of lead between two and six times the Maximum Acceptable Concentrations.

Testing at the taps of private homes is not a common practice anywhere in Canada except for Ontario, where it is mandated that the water supplier tests in homes as well as in public buildings and distribution systems.

"When we've gone back into our files and we've looked at all the correspondence and all of the agendas and all of the minutes and all the presentations and everything, there was mention of our pH corrosivity, there was never a mention of lead," CAO Nikki Gilmore told the crowd at an April 5 town hall meeting in Pemberton.

"And I can say that having gone back, not just myself, but having several members of staff, our records management clerk who comes in to assist us with all of our records, and we've searched these records, and there was no mention of lead anywhere."

Richman — who was on council at the time — said he didn't remember hearing of the memo and couldn't say who was in attendance for the 2014 meeting with VCH.

"Nobody is trying to cover up," he said. "We've been very out front and honest, and I think when Nikki made that statement, she made it in full honesty.

"Yes that memo was sent, yes it was received. No we didn't react to it then like we did now... because we weren't given that sense through our health partners that it was that urgent," he added.

Clarkson, who wrote the memo, said on April 8 that it was not intended to target Pemberton, and that the issue of corrosive water is pervasive in many water systems on the south coast of B.C.

Clarkson said he has been providing recommendations to the VOP regarding how to fix its corrosive water since about 2007, but doesn't have the authority to mandate that they fix it.

"The problem is, because of its low pH, low alkalinity, low hardness, it's aggressive, and it's causing lead to be leached out of building systems. But there is no regulation or guideline around corrosivity."

So is there a gap in the regulations?

"Yeah. There's a gap there," Clarkson said, adding that he's not quite sure how to close it.

"The trouble is, to fix this, we're looking at adding in chemicals, and I don't know how to go at that, because we got voted out of town on the fluoride issue in Squamish," he said.

"People don't want chemicals in their water, and it's not a regulatory requirement."

One of the additives would be a corrosion inhibitor that is a patented chemical, which means information about it is not freely available to the public, Clarkson said.

"How popular is that going to be of an idea?" he said.

The VOP also has very limited financial capacity, which leads to tough decisions in terms of what they can achieve, Clarkson said.

"How do you prioritize them? (It's) this versus protecting their source from contamination... versus all the things I've been asking them for.

"If they say, 'Well Len, thanks, we looked into the corrosion control and we decided not to do it,' I can say, 'Well, thanks for looking into it.' It's pretty much all I can say at that point," he added.

"I can't enforce something on them, because I don't have the ability to enforce that they actually do it."

The VOP has done a number of upgrades to its water infrastructure over the years hoping the aggressive nature of the water would be corrected, including adding new wells, reservoirs and looping and chlorination systems.

But the problem has persisted.

Clarkson said he would go the enforcement route if he had legislative support.

"If this was a provincial guidance or a provincial regulation, where our MLAs have debated it and passed it as a law, then I can say well it's been considered publicly... the morality of it isn't in my hands anymore," he said.

"The public good has already decided this, so let's get on with it, but to go it alone is tough sledding."

Richman said he understands that some faith has been lost in the VOP.

"The only way we can rebuild that is by demonstrating that we're making the right moves," he said, pointing to the long hours put in by staff since the lead was first discovered, and the moves towards providing water testing for homeowners, looking at ways to bulk-buy filtration systems, asking VCH to allow concerned citizens to have their blood tested and finding a long-term solution.

The VOP has also sent out letters to VCH and the school district asking for greater communication, Richman said.

"The group that's in place now, we can only regain faith by demonstrating now that we're working as hard as we can to do the right things by our water system, by our residents' health," he added. "That's the only way we can rebuild faith."