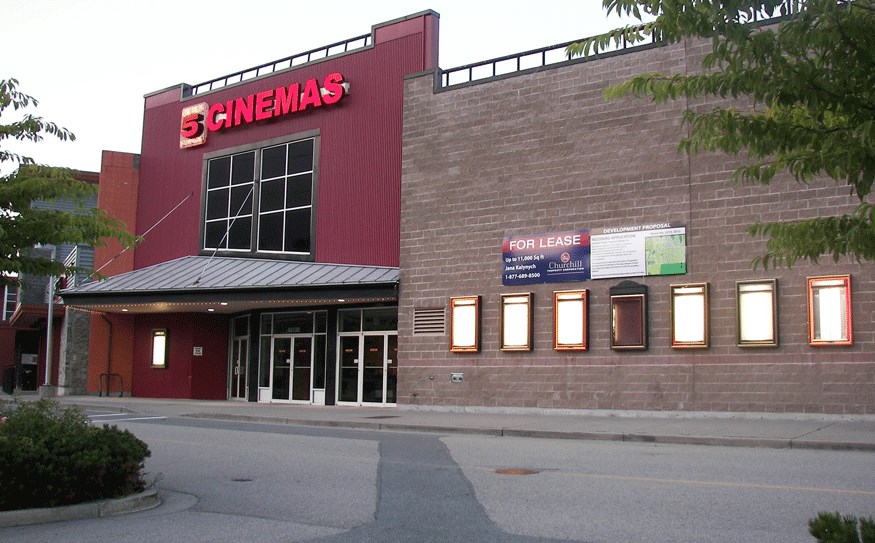 THE END The Garibaldi 5 Cinemas in Squamish closed its doors last week due to poor attendance and the economics that forces theatres out of business across North America. photo by john french

It all started with Shrek 2, and it has ended with the last showing of The Dark Knight Rises at Garibaldi 5 in Squamish.

And according to a company executive with Metropolitan Theatres Corp., which owned Garibaldi 5, it will be some time before any movies project onto a theatre screen again in Squamish.

David Corwin, the president of Metropolitan Theatres, said from his office in California that operating a cinema in Squamish is much tougher for his company than operating in Whistler. Metropolitan also owns Village 8 Cinemas along with theatres in Utah, Idaho, Colorado, and California.

"The economics just don't work," Corwin said of cinema operations in Squamish. "There are a significant number of visitors to Whistler every day and that isn't the case in Squamish."

He said that operating costs for theatre owners have increased dramatically in recent years. Corwin pointed to the record high cost of corn, the obvious source of theatre popcorn, in North America right now as an example of just one increasing cost faced by theatre operators.

"The demand and expectation from the consumer is different," he said.

According to Corwin, the closure of the operations in Squamish is consistent with a North American trend.

"Over the last few years there has been a lot of consolidation," he said. "There are fewer screens now than there were a few years ago."

In a bid to stay in business, Metropolitan Theatres floated the idea of having a liquor licence after provincial laws were changed. However, given all of the conditions of the law — like no children allowed in a theatre where alcohol was served — it was never pursued. In April, Corwin said the extra 20 cents per customer that liquor sales brings in at other theatres would not be enough to save the Garibaldi 5.

By putting a halt to the money losses in Squamish, Corwin said the company's Whistler operations will benefit.

"There will be no impact on our Whistler operations and this means we can focus 100 per cent of our attention there now," he said.

The cinema in Squamish's Garibaldi Village shopping complex opened in October of 2004 with a 10 a.m. screening of Shrek 2 as a sister operation to the established theatre operation in Whistler owned by Resort Cinemas. The five screens in Squamish were built with between 100 and 160 seats in each cinema.

The developers of Garibaldi Village were pressured by the council of the day to include a movie theatre in their development plans as residents craved a cinema following the closure of the town's original single-screen theatre in 1990.

The current owners of the mall are looking for a zoning change so the building can be used for other purposes.