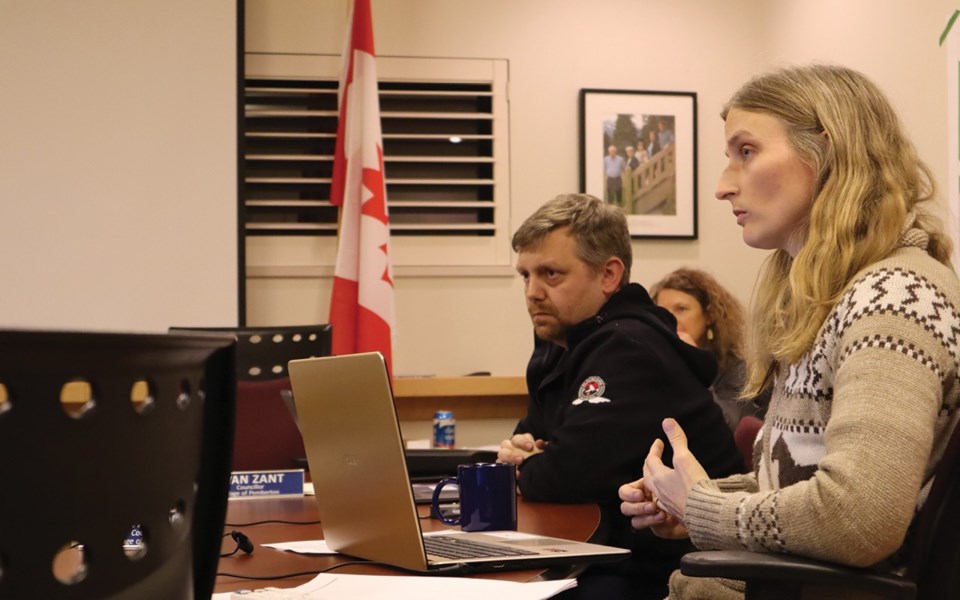 The Village of Pemberton (VOP) council gave its seal of approval to a second cannabis shop at its March 5 regular council meeting.

The store—named Puff n Stuff Dreams—is being opened by Mark Mendonca of Grimm's Gourmet & Deli and a partner, Todd Mumford.

The businessmen have secured a retail space at 3-1366 Aster St., in what is commonly referred to as the courthouse building.

As part of its approval process, VOP staff reached out to neighbours and businesses located within 100 metres of the proposed store. Staff received 15 responses in total—all of which were positive.

Lisa Pedrini, senior planner for the VOP, noted that the proposed store meets the zoning requirements set out by the Village, which limit stores to the downtown core and their number to just two. "Staff does recommend that the application be supported," said Pedrini.

(In November 2018, council supported a plan from the owners of the Pemberton Hotel to set up a shop in their building; their application is still with the LCRB for final approval.)

While council was supportive of the project, Mayor Mike Richman and Councillor Leah Noble voiced concern about the name of the shop.

"I support it in general," said Noble. "There is a lot of support in the community for it (and) it's the perfect location.

"The only problem I have is the name. I find it trivializes a restricted substance that we don't want to appeal to youth. I'd really like to see you guys rethink the name."

The task force's stated goal is to create a more sustainable and connected food system across the Squamish-Lillooet Regional District (SLRD). It's made up of members of local government, regional government, members of the food system (such as farmers and vendors), and environmental advocacy groups.

An initiative of the Whistler Centre for Sustainability (WCS), the task force began in December 2017, with stakeholders meeting four times over a year. During that time, they developed eight action items.

Dawn Johnson of Stewardship Pemberton fielded questions on behalf of the task force, explaining the need for financing.

The WCS has secured a $58,000 grant from the Vancouver Foundation to be paid over two years, but needs to secure matching funds, she explained.

"Currently, we have funding from the RMOW of $2,000 for this next fiscal year, SLRD as well has contributed $3,000, (the) Whistler Centre for Sustainability has contributed $8,500 in-kind," she said.

"And we still have funding applications out for the rest of the matching funds."

Coun. Amica Antonelli asked about how the task force will impact the lives of Pemberton residents.

Johnson responded that identified projects—such as a virtual and physical food hub—would be of great benefit to the community.

"I think the composting and waste reduction side of things could (also) really be strengthened (in Pemberton)," she added.

The funding will be used to provide micro-grants to partners to carry out the projects.

To see a full list of the eight items the task force hopes to tackle, check out the following link: whistlercentre.ca/sumiredesign/wp-content/uploads/2018/12/SLRD-Regional-Food-Task-Force-Implementation-Plan_Nov5.pdf).

Nikki Gilmore, chief administrative officer of the VOP, also updated council on a new set of frequently-asked-questions regarding council's controversial decision to greenlight a 16-car parking lot on a section of Fougberg Park.

The document—which tackles a total of 18 questions—explains the steps that led to council's Feb. 5 decision.

"The concept of utilizing a portion of Fougberg Park for parking was first presented to the Committee of the Whole, at their meeting held Aug. 28, 2018, at which 10 members of the business community were in attendance," reads the document.

The document also lays out what's next.

The VOP will prepare a development permit, and its application will be reviewed by the VOP's Advisory Design Review Commission, it reads.

As part of the process, a public information meeting will be held to share the final design and seek public input.

Then the project will go to council for final approval.

"Staff has done an incredible job of putting the information together and clarifying some of the information that is lacking in the community on this item," said Coun. Ted Craddock of the document.

To read the entire document visit the following link: pemberton.ca/government/news/post/fougberg-park-frequently-asked-questions.