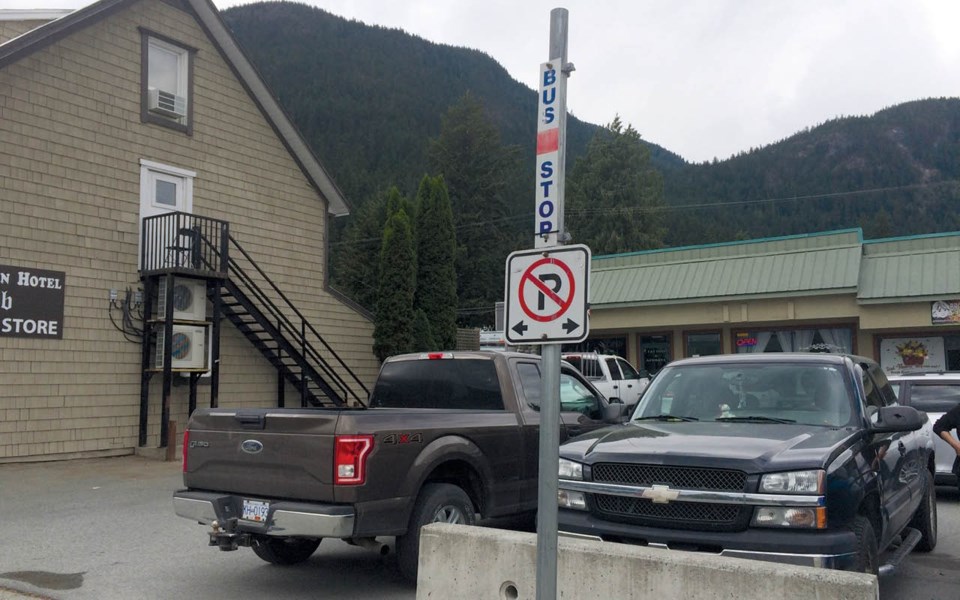 Transit issues According to BC Transit, the Pemberton Local route is "no longer sustainable" for the contracted operator, Whistler Transit. photo by Joel Barde

A letter from BC Transit to the Village of Pemberton (VOP) highlighting some serious operational challenges for the community's local transit service was discussed at the regular council meeting Feb. 25.

While outlining the problems, the letter also recommended that the parties involved in transit—the VOP, the Squamish-Lillooet Regional District (SLRD) and the Lil'wat Nation—support a proposal which would see two new Whistler-Transit owned, 24-passenger vehicles put into service, as well as adjusting the current driver labour agreement to address an issue around using non unionized drivers.

"The existing Local Service transit is no longer sustainable," stated the document.

"The Operating Company (Whistler Transit Ltd) is unable to continue delivering services in its current form due to the lack of economic viability and associated operational challenges."

Whistler Transit has been contracted by BC Transit to run the Pemberton Local (Route 100) for the past two-and-a-half years, helping to fill an important gap since the community's local transit service ceased operations.

But according to VOP Chief Administrative Officer Nikki Gilmore, the two buses that it uses on the route are in need of replacement and were purchased by Whistler Transit as an interim measure until a more permanent solution could be implemented.

"At this point, those vehicles are basically not road worthy for very much longer," said Gilmore.

BC Transit and the VOP are also seeking to address ongoing staffing issues on the route, which have led to last-minute cancellations of service in recent months.

The fact that Pemberton local drivers are not required to be unionized presents a challenge when it comes to replacing sick drivers, as those who drive in Whistler are unionized, explained the report. That means that Whistler Transit can only ask, rather than "assign," unionized drivers to take on the route.

After a brief discussion, VOP council decided to support the suggested option set out by BC Transit.

The option would cost an additional $73,879 a year, but as Gilmore said, this cost would be split between the VOP, SLRD and Lil'wat Nation if all parties agree to the additional expense.

Council also passed a resolution to request the SLRD move forward with a study that would look at improving transit options in the area.

The regional district has already set aside $25,000 for the study, said Mayor Mike Richman.

Council also learned about the extent of the contingency funds needed to complete last year's downtown enhancement project, which saw significant below- and above-ground upgrades to the VOP's downtown core.

In July, VOP council gave fourth and final reading to a loan authorization bylaw to borrow up to $980,000 to cover the cost of extending and paving the parking lot adjacent the Community Barn, and for the loan to act as a contingency fund for the multi-million-dollar downtown enhancement project.

In the end, Gilmore said that about $600,000 was spent on contingency costs, which included extra costs associated with dealing with "contaminated" soil.

"With a project of almost $7 million, you've got to expect some contingency funds to be used," said Richman.

The enhancement project was funded out of a $5.3-million federal government grant and other grants.

Council began discussing ways to pay off that loan—whether it would be preferable to pay it off by exhausting the community's road reserves or pay it off over a period of five or 20 years.

Ultimately, council chose to defer the discussion to the next regular council meeting (March 10) when staff will present a detailed breakdown of the costs and funding options to council.

"We're contemplating what's the best and fairest way to pay for that contingency [loan]," said Richman.

"Is it long-term borrowing? Is it through reserves? Is it a combination of borrowing and reserves?"

VOP council is supporting a $1,600 donation to the Sea to Sky Invasive Species Council.

The Village council decided to support the funding request—which pays for such things as a weed pull with Stewardship Pemberton; Little Saplings program for kids; hosting an information booth at the Pemberton Farmers' market, and delivering letters to landlords with high-priority invasive plants on their properties—during budget meetings, explained Richman.

"Invasive species have been acknowledged as the biggest threat to biodiversity out there," said Richman, citing goldfish in lakes and Japanese knotweed which "can completely clog up drainage" in wells and water lines, as prime examples.

Invasive species are a "huge problem" in the area, said Richman. "I guess you could say that the belief around the table is that this is a necessary expense to keep this work going."