Village of Pemberton council preview for May 26 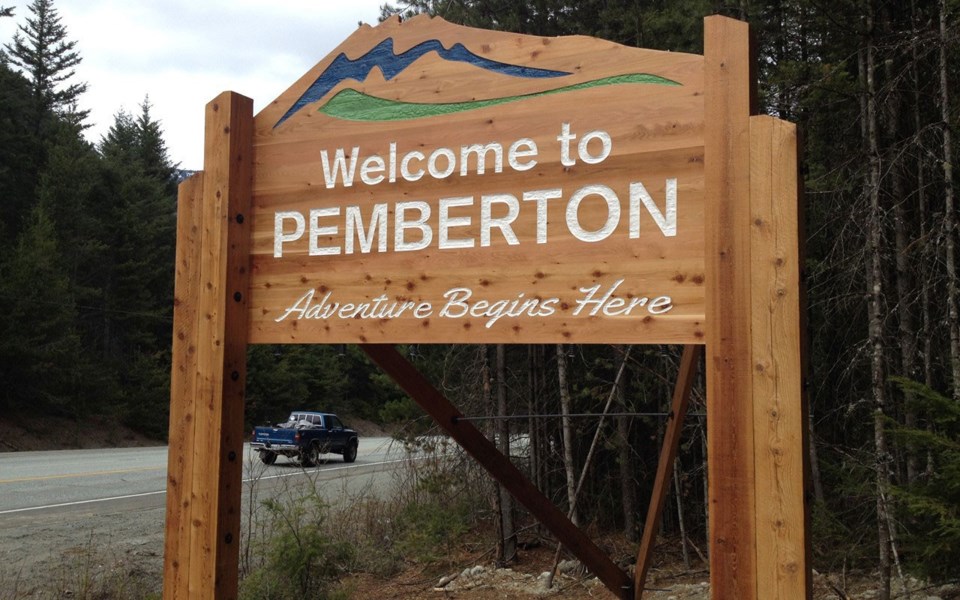 Here's a quick look at what you can expect at the Village of Pemberton (VOP) council meeting on May 5.

Beginning at 9 a.m. via Zoom webinar, instructions with how to join and view the meeting via Zoom can be found here.

First on the docket is a public hearing regarding a zoning amendment to the Sunstone RTA-1 Zone.

It is the final opportunity for public feedback on the matter.

As previously reported, Sunstone Ridge Development Ltd. is applying to amend its Residential Townhouse Amenity (RTA-1) Zone, including the Elevate at Sunstone project. Sunstone initially received approval to build 52 townhouse units, but after beginning construction of the first building, has found limited demand for two-bedroom interior units. Sunstone is applying to amend its existing approvals in order to construct a duplex multi-family project, which would allow for more three-bedroom end units. The total number of units constructed would decrease to 45.

Proponent Cam McIvor of Sunstone said the text amendment is essentially rectifying an oversight from earlier in the process.

"Most of the multifamily townhome zones in the corridor allow for duplexes. Back when the zoning was created in 2011, I believe there was a bit of an oversight why duplexes were not included into the RTA-1 Zone in Sunstone," he said. "This is really a bit of a housekeeping exercise to allow us to do duplexes."

McIvor said the amendment, which would impact the Elevate project, would result in only some minor changes to the plans.

"The Elevate townhomes, if we shift two duplexes, will be very similar. Basically, just the larger end units get sandwiched together into a duplex, which will make for a nice living arrangement," he said.

Council will consider third reading of the bylaw later in the meeting, with fourth and final reading to pass the bylaw still to come.

The owners of a Fernwood Drive property are looking to take a step toward a proposed subdivision.

Karen and Miles Dyczkowski, owners of 1368 Fernwood Drive, are seeking to eventually subdivide the existing 0.47-hectare lot to create three additional lots. However, since the application first came to the VOP in 2018, there has been difficulty determining how best to access the property.

At this time, the Dyczkowskis are proposing to extend Fernwood Drive, but are requesting a variance to the Subdivision and Development Control Bylaw No. 677, 2012. In particular, the variances requested are to narrow the road and to continue existing overhead electrical, cable and telephone lines when the current standard in new subdivisions is to run them underground.

As well, the road proposal requests a front-yard setback from six metres to 2.25 metres to accommodate a corner of an existing home. New lots would still be required to meet the existing standard.

In his report, planner Cameron Chalmers said "... the variances are not completely out of character with the area or the neighbourhood."

"Fernwood Drive is currently a substandard road in terms of width and surfacing.

The roadway is constrained by topography and steep slopes, and has resulted in an adaptive road alignment and finishing," he wrote.

Should council approve the permit, the owners would move on to the design stage of the application, at which point details such as fire hydrants, light standards and drainage would be discussed.

The application notes that the permit does not approve detailed design or construction.

The VOP received letters from five families opposed, in varying degrees, to the proposal, ranging from disagreeing with the proposed variances to opining that four separate lots are too many for the property.

According to supporting documentation submitted by the applicants, of the nearby neighbours who responded to a separate request for comment, nine were in support, two were opposed, and nine held no opinion.

Mayor Mike Richman is convening a task force for COVID-19 response and recovery.

The task force will look to help residents, businesses and community organizations rebound from the effects of the ongoing pandemic.

In addition to Richman and one member of council, representatives invited to sit on the task force will be: the Pemberton & District Chamber of Commerce board; Tourism Pemberton; a real estate professional, a local developer or construction company representative; a financial services or financial planning professional; Sea to Sky Community Services; WorkBC; a mental health professional; and two community members-at-large.

Representatives would join the task force for a maximum of six months, at which point council will reassess the group's necessity.

In the Upper Benchlands area, Rempel noted that the Kaos and Jank Ridge are two trails not authorized by the Forest Range and Practices Act (FRPA) that have been identified as priorities by trail users. As well, users requested staging facilities near the bottom of Fat Tug or the Pemberton Creek Trail, though Rempel stated that the area is primarily residential, so fulfilling the request could be difficult.

"At this time, the Village would not support use of street parking on Eagle Drive as a mountain biking/hiking staging area, and may place restrictions to limit parking to residents only. There is limited parking available at Staehli Park that could be used by trail users; however, this is not preferred, as it is intended for use by Park users. This area should be recommended as 'hike/bike in' only at this time," the report states.

Lastly, in the Rutherford Trail area, the report states that the Pemberton Dirt Bike Association has sought provincial approval for a dirt bike trail above the current mountain biking trails, while the existing PhD trail requires re-routing and improvements, specifically near the bottom.