Dr. David Lane set to travel to Spain for the World Agility Championships
May 8, 2013 9:00 PM By: John French 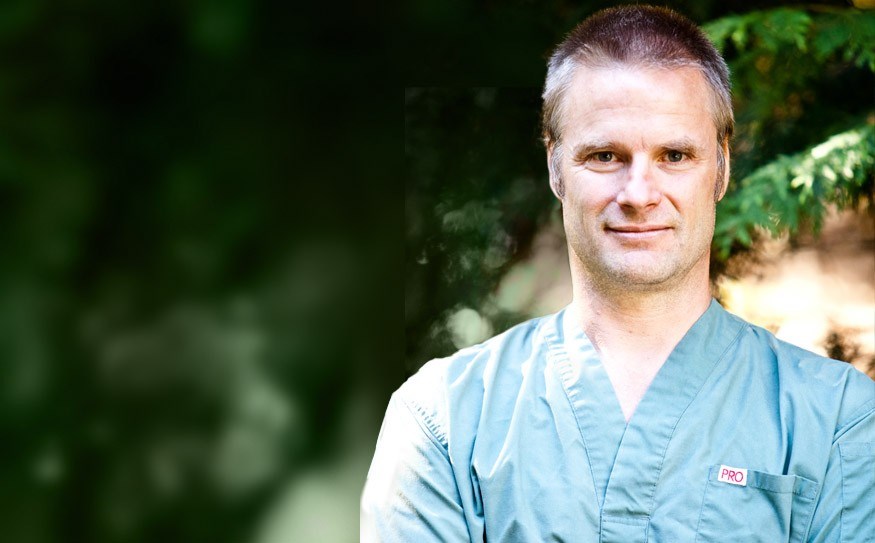 Canines in Spain call mainly for Dr. Lane Dr. David Lane is going to Spain this month to care for Canada's top competition dogs at the world championships of dog agility.

Spain called for Dr. David Lane and the veterinarian has answered.

The Canadian canine agility team needed a veterinarian to travel with the team to the world championship of dog agility and when Canadian leaders with the national team started looking for a qualified professional they turned to Lane, who uses pet rehabilitation therapies like physiotherapy, chiropractic therapy and acupuncture to heal what ails pets.

"I just got an email out of the blue from the captain of the national team asking if I'd be willing to travel with them to Spain and take care of the dogs," said Lane.

Lane's connection with the team captain, Paula Collins, dates back to when the pair first met in Calgary while Lane was doing an internship at a facility where Collins works.

"I have years of experience doing this sort of thing, that's why I think I stood out," said Lane of what he believes prompted the owners of Canada's top agility competition dogs to seek him out.

He currently works with a number of dogs in Vancouver that compete in agility events, where dogs run, jump and navigate through athletic courses.

"I can tell when a big competition is coming up because they are booking appointments with me in advance of every big meet just to make sure their dogs are tuned up and performing at their best," Lane said.

The team will head out for Spain on May 13 and Lane said he will take a little time before the event to enjoy the country then spend four days working at the World Agility Open Championships in Oviedo, Spain between May 17 and 20. The big event is being held at an equestrian centre in the city located in northern Spain with a population of 224,000.

He will care for 19 Canadian dogs during the international agility competition.

"That ought to keep me busy," said Lane. "If it is 19 dogs that need a half hour of attention every day, that's a long day."

According to Lane, most of the dogs making the trip are from Ontario, with only one dog from B.C.