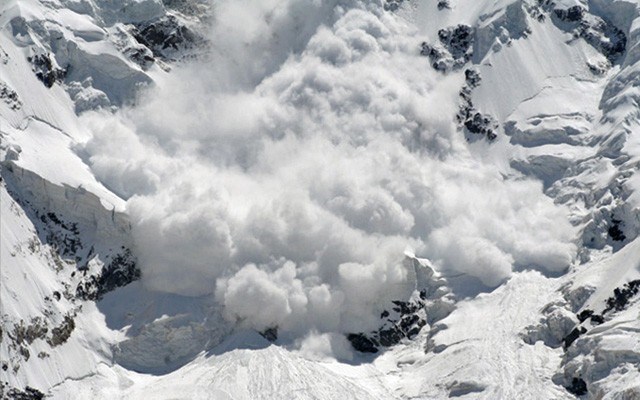 winter deaths Avalanches were linked to 48 per cent of all winter-activity deaths in B.C. between the winters of 2007-08 and 2015-16, according to a new report from the BC Coroners Service. file PHOTO

Despite the rise in backcountry recreation, a BC Coroners Service report examining deaths related to winter activities over the past decade does not show a corresponding increase in fatalities.

"From that, a person might conclude that people are perhaps more prepared, better educated and better able to respond (to risks) so they don't have those fatal outcomes," said coroner Chico Newell. "It might be false comfort to believe that, but there is an indication that that might be the best case."

The report, released Feb. 28, examined accidental deaths in B.C. related to snowmobiling, skiing, snowboarding, ice climbing, snowshoeing and tobogganing/tubing from the winters of 2007-08 to 2015-16. There were 210 fatalities over that span, with snowmobiling representing nearly half of all deaths, skiing accounting for a third and snowboarding making up 12 per cent. Other winter activities were responsible for six per cent of all fatalities.

Forty-five per cent of all deaths were avalanche-related, pointing to the importance of "pushing a good culture of avalanche safety for all winter travellers," said Avalanche Canada forecasting programming supervisor James Floyer.

"There's always room for improvement, and I think we have a sense that the level of knowledge and preparedness varies quite widely within B.C.," he said, adding that Avalanche Canada considers the Sea to Sky a "highly-engaged" region when it comes to backcountry safety.

And yet, even with the level of education here, Floyer said a busier backcountry creates competition among users that can sometimes lead to greater risks being taken.

"With increased usage and competition for resources — I'm talking powder resources — people do have a tendency to push outside of (their training)," he said. "To them, at that moment, the risk is worth it to get that slightly higher line."

A fifth of all winter deaths took place in the Vancouver Coastal Health region, which includes the Sea to Sky. Broken down further, 14 per cent (10 skiers) of all skier deaths , and 42 per cent (11 boarders) of all snowboarder deaths, occurred in Whistler.

"The safety of our guests is our No. 1 priority at all times, and while skiing and snowboarding does involve inherent risks, it is a very safe activity for the vast majority of participants," wrote Whistler Blackcomb safety manager Kira Cailles in an email.

"As a resort and an industry, we need to continue to educate guests on the inherent risks associated with skiing so they can make informed decisions."

Given the millions of visitors to the resort each year, Whistler Search and Rescue (WSAR) manager Brad Sills said deaths are inevitable, and he believes the level of preparedness among backcountry users here has largely kept the fatality rate in check.

"I think we're fortunate here in how prepared our general population is when they go into the backcountry compared to more urban settings," he added.

Sills also provided Pique with WSAR's most recent manager's report, which showed that rescue crews were called out 46 times in the past year, including to three fatalities, up from 36 the year prior. The report showed that calls were generally more evenly distributed throughout the 12-month period than in years past when the winter saw the bulk of incidents. Sills attributed that trend to a rise in mountain-bike incidents as well as an increase in usage in historically untouched areas, such as Metal Dome, where WSAR responded to a skiing incident in the month of October for the first time.

"You wonder: Is everyone going to these new venues, are their skills up to the level of what they should be because those areas are largely unexplored?" Sills asked.

In line with the coroners study, snowmobiling was WSAR's No. 1 type of emergency response, with 12 total callouts and one fatality, and remains "the single largest contributor to trauma" by activity. (It should be noted that WSAR breaks down its callouts into multiple categories for skiing and snowboarding: out-of-bounds users [seven], overdue users [two] and ski mountaineerers [eight], while sledding is lumped into one.)

"The sport itself is inherently risky," Sills said. "Up until 20 years ago, people entering that kind of terrain would've been ski tourers or heli-skiers and they were always in the company of a guide. Now you can buy a snowmobile and with 20 minutes' experience, you can be in complex alpine terrain. That landscape is fraught with risk, and that's what you're seeing in the numbers."

The BC Coroners Service full Winter Activity Deaths report can be viewed at www2.gov.bc.ca/assets/gov/public-safety-and-emergency-services/death-investigation/statistical/winter-activity.pdf.