Review: PS5 is big and pricey, but boasts impressive speed and visual upgrades

Seven years after the release of the highly successful PlayStation 4, Sony has fired its latest salvo in the war to capture the hearts and minds of big-spending video game enthusiasts. The PlayStation 5 launched Nov.
Nov 30, 2020 1:00 AM By: Canadian Press 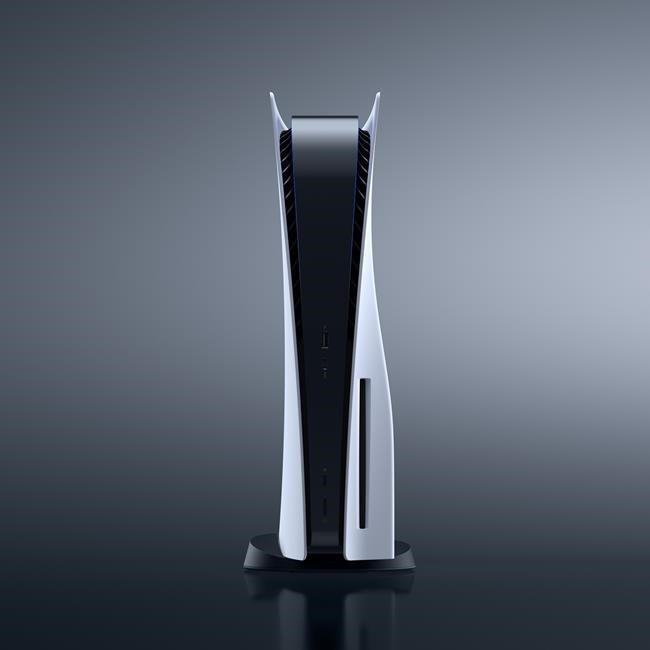 Seven years after the release of the highly successful PlayStation 4, Sony has fired its latest salvo in the war to capture the hearts and minds of big-spending video game enthusiasts.

The PlayStation 5 launched Nov. 12, two days after archrival Microsoft debuted its new Xbox Series X and Series S units. The latest round of the console wars started with a bang, as both systems quickly sold out.

Sony, however, is coming off a decisive victory in the last round of the battle. According to sales figures from Sony Interactive Entertainment, all versions of the PS4 combined have sold more than 113.5 million units as of Sept. 30, making it the second-highest selling home console behind the PlayStation 2.

In an effort to keep its edge in the video game arms race, Sony has released an expensive but powerful platform with a bold esthetic that breaks from past conservative design choices. While upgrading to Sony's latest console will come at a cost — a unit that includes an Ultra-HD Blu-Ray drive has a recommended retail price of $629.99 while a digital-only version costs $499.99 — the improved experience will be difficult for dedicated gamers to pass up.

The increased processing power of the PS5 is seen through the quality of the graphics. Titles that have built from the ground up for the console, like the punishing action role-playing game "Demon's Souls," look stunning. The difference in visual quality will be more striking from gamers upgrading from a base PS4, which did not support 4K resolution, rather than the more recent PS4 Pro.

A notable part of the visual upgrade comes from the PS5's use of ray tracing, an advanced rendering technique to realistically depict light and shadow. Until recently, ray tracing was considered too resource-intensive to use effectively in video-game development.

Games available at launch that support ray tracing include "Marvel's Spider-Man: Miles Morales" and "Demon's Souls." Spider-Man's bio-electrical powers provide a nice example of what the technology can do — and seem to come without a performance cost.

As impressive as the eye candy is, the speed of the PS5 is arguably a more noteworthy improvement over its predecessor. Load times are markedly faster for PS5 games; even games with massive maps and environments to handle like "Assassin's Creed: Valhalla" have little downtime.

As a result of this extra processing power, the PS5 is a bit more unwieldy than its sleek precursor. The version of the PS5 with the Blu-Ray drive is 39 centimetres wide, 26 cm deep and 10.4 centimetres high, making it Sony's largest console. The digital-only version is about a cenitmetre shorter. The units can be set horizontally or vertically to give some options, but it will take up a good chunk of your entertainment centre.

Sony is pivoting from the traditional all-black colour scheme to a two-toned black-and-white look. The PS5 also has a contoured design that sets it apart from the clean lines of the PS4. Whether the new look works or not is, of course, an exercise in subjectivity, but the PS5 is certainly bolder in appearance than its clinical counterpart.

The design choice is mirrored in the accessories available at launch, which include the DualSense wireless controller, a wireless headset, an HD camera, a controller charging station and a media remote control, for those who wish to use the PS5 as a launch point for their favourite streaming services.

The DualSense controller is a significant change from Sony's long-running DualShock design. The controller has more heft to it and features cleaner lines in its construction. It features haptic feedback, which is intended to make instances in a game that cause the controller to vibrate feel more realistic. A nice feature is that the controller's touchpad is now covered and resistant to the possibility of getting smudged with greasy fingerprints.

Most PS4 games are playable on the PS5, and are easily ported over with a USB drive. Saved games will have to be expressly moved over, either by removable drive or through the cloud service provided by the PS Plus service, which comes at an added cost.

PlayStation 4 controllers can be used, but only to play PS4 games. Those wanting to enjoy local multiplayer on a PS5 game will have to shell out for another DualSense controller, which costs about $90.

Staying on the leading edge of console gaming will always tax an entertainment budget, and upgrading to a PS5 is no different.

A PlayStation 5 console was provided for review purposes.