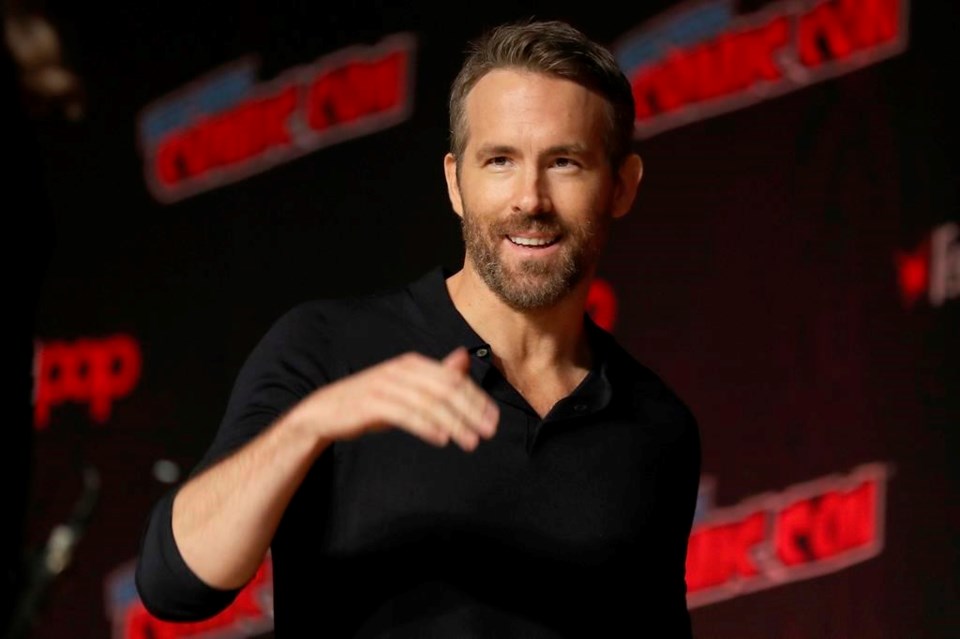 The Vancouver-born "Deadpool" actor has announced plans for the Group Effort Initiative, which will bring together 10 to 20 recruits, who are either people of colour or from other groups underrepresented in filmmaking, to work alongside experienced professionals on his next movie.

"Making a movie, well, it's a group effort," Reynolds said in a video posted Friday on social media.

"But for entirely too long that group has systemically excluded Black, Indigenous, people of colour, and a whole host of other marginalized communities."

Reynolds didn't name his next film, but he confirmed that "COVID willing," the production is slated to shoot this fall in partnership with Netflix and SkyDance.

"These new recruits they're going to be paid, and housed and travelled out of my salary," he said.

"They're going to spend their days on set learning from professionals, getting real life experience that they can then parlay into another job and then hopefully, if they're not too disillusioned, a career in the film industry."

Reynolds said he believes the action is "long overdue" and that applicants from all age groups will be considered.

The Group Effort Initiative will operate through a wing of the actor's Maximum Effort production company.

Reynolds called on others "with the privilege that I'm lucky enough to experience" to join his effort to expand diversity and inclusivity in the film industry.

This report by The Canadian Press was first published July 31, 2020.

Review: Deep Purple evokes best years on mighty 'Whoosh!'
Aug 6, 2020 11:45 AM
Comments
We welcome your feedback and encourage you to share your thoughts. We ask that you be respectful of others and their points of view, refrain from personal attacks and stay on topic. To learn about our commenting policies and how we moderate, please read our Community Guidelines.