Selena Gomez is taking the heat in the kitchen. The singer-actress slices and dices in “Selena + Chef,” debuting Aug. 13 on the new HBO Max streaming service. The 10-episode series was shot in the kitchen of Gomez’s new Los Angeles-area house.
Aug 5, 2020 2:15 PM By: Canadian Press 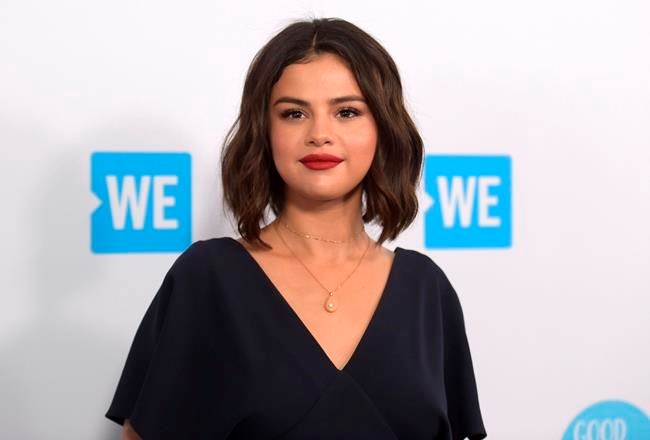 Selena Gomez is taking the heat in the kitchen.

The singer-actress slices and dices in “Selena + Chef,” debuting Aug. 13 on the new HBO Max streaming service. The 10-episode series was shot in the kitchen of Gomez’s new Los Angeles-area house. Her grandparents and two friends, who have been quarantining with her, serve as taste testers.

“I really thought this would be something lighthearted because I was getting definitely down,” she said in a video conference Wednesday. “Of course, there’s more important things going on but this was an opportunity to make something that could make people smile.”

“I hope you’re going to laugh because I look like a fool,” she said. “I love cooking, I just don’t know how to do it all the time.”

Her go-to recipe? “I make a killer PB&J,” she said, laughing.

Gomez learned to use a wet towel to adjust the shape and position on the plate of a classic French omelette.

“I've never cared more about presentation than I do now,” she said.

Cooking at home has skyrocketed during the global pandemic, with people using it to alleviate boredom and anxiety.

“It’s not easy for anyone to be walking through what we’re walking through. It’s affecting people, specifically with mental health,” Gomez said. “It’s just confusing. It was hard but I tried to find what I needed to get me through it. I have great friends, I see a therapist. Just try to keep my mind positive. I’ve learned more about my country than I ever have from school or anything.”

Each episode highlights a food-related charity and invites viewers to follow along at home with lists of ingredients and tools needed.

“You don't have to be a great cook to enjoy this show,” co-executive producer Aaron Saidman said.

“I didn’t burn my house down,” she said.

Nobel laureate refuses local honour over Poland's LGBT 'rift'
Sep 25, 2020 12:36 PM
Comments
We welcome your feedback and encourage you to share your thoughts. We ask that you be respectful of others and their points of view, refrain from personal attacks and stay on topic. To learn about our commenting policies and how we moderate, please read our Community Guidelines.