TORONTO — When it comes to career milestones, actor Joel Oulette considers his passing appearance during a commercial break on "Hockey Night in Canada" to be one of the coolest so far.
Sep 15, 2020 1:20 PM By: Canadian Press 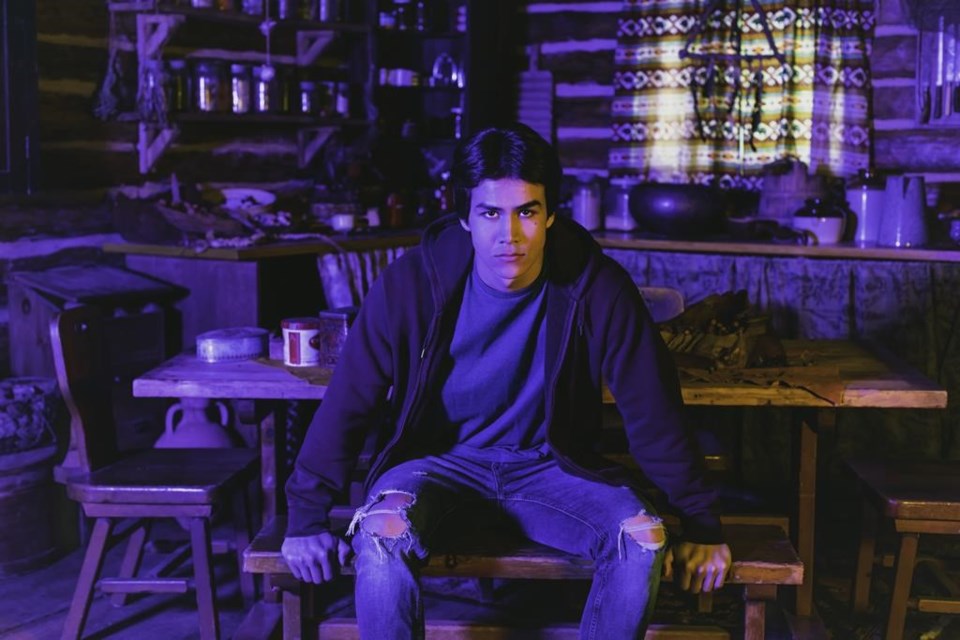 TORONTO — When it comes to career milestones, actor Joel Oulette considers his passing appearance during a commercial break on "Hockey Night in Canada" to be one of the coolest so far.

Sure, the 18-year-old wasn't skating on the rink, but when a promotional spot for his upcoming CBC series "Trickster" aired on the national broadcast it felt like a superstar moment — and a quintessentially Canadian one at that.

"It's like, what? You never really imagine that," he explained in a webcam interview from his dad's house.

"It was just overwhelming seeing your face on a hockey game."

Perhaps Oulette should be prepared for more surprises of that calibre as "Trickster" debuts at the Toronto International Film Festival this week.

The first two episodes screened Tuesday at the TIFF Bell Lightbox and will be made available to rent across the country on Wednesday through TIFF's Bell Digital Cinema.

The festival's sneak preview will almost certainly draw more attention to Oulette as a young Canadian star to watch, and encourage more people to seek out the series when the first season begins airing on CBC Oct. 7.

Except the actor will have to bask in the acclaim through the glow of his computer screen, since he's staying put during the pandemic in his hometown of Medicine Hat, Alta.

That hasn't dampened his spirits, though. The actor, who is Red River Metis and Swampy Cree, is eager to discuss how "Trickster" is already being regarded as a game-changer for Indigenous storytelling. Not only is the production on par with Netflix and the other major networks, but it's getting solid support from Canada's national broadcaster.

"It's mind-boggling to be a part of just like, a cool show," Oulette said.

"I feel really hopeful because this is a big production, like CBC is a big, big outlet."

That means a lot of eyes will be Oulette's performance as Jared, a fresh-faced teenager from Kitimat, B.C., facing a unique combination of teenage hurdles.

By day, he struggles to keep is high school grades afloat, while in the evenings, he supports his family by cooking up methamphetamines, which he sells to customers from the drive-thru window of a fast-food restaurant.

Granted, there's not a lot of direction in Jared's life, but he's mostly responsible, and somehow manages to keep his partying mom in check as she wrestles with her own demons.

Then one day, his world suddenly turns much stranger after he comes face-to-face with his doppelganger and a talking crow that spouts cryptic messages. It sends Jared on a spiralling journey of mystery that leads right back to his own doorstep.

Adapted from Eden Robinson's novel "Son of a Trickster" by writer-director Michelle Latimer, the show embraces its indigeneity with a vigour rarely seen on popular TV. The story called for a lead actor who not only would carry the weight of the series, but did so with convincing smarts and charm beyond his years.

Oulette's acting career began around the age of five, under the encouragement of his mother, who was an actress herself.

His first job was as an extra in the Calgary-shot HBO mini-series "Bury My Heart at Wounded Knee," where he portrayed an Indigenous child who died from smallpox. A few other bit roles, most notably as a hunter in the 2018 adventure film "Alpha," followed years later.

But as Oulette describes it, the role of Jared in "Trickster" came in the middle of a relative dry spell in his career. He was 17 years old and spending far too much time "bummin' at home playing Xbox, doing nothing."

While he had been auditioning for roles, none of them materialized, and so he was dusting off his resume to apply at the local Home Depot. Before he had the chance, the "Trickster" producers came calling, impressed with his audition.

"Bing-bada-boom, 'Trickster' is right there," Oulette said. "It was sick."

Soon the teen was heading off to Kitimat for five days of location shooting. Then he hopped across the country to North Bay, Ont., for the brunt of the shoot.

The entire process was like basic training for a professional actor, as he rose from his past experience as a bit player to the leading role on "Trickster."

"I wasn't fully comfortable with my body and my acting," he said.

"It was a little overwhelming, but I got a hold of it."

Now that "Trickster" is set to be unveiled to the masses, Oulette is eager to see what it inspires. He said he hopes the series marks a starting point for telling more Indigenous stories on television.

"Not a lot of Native kids get represented," he said.

"They don't really see the potential they could really have. I feel like being young and being on a TV show like this, it can really open their minds up."

This report by The Canadian Press was first published Sept. 15, 2020.

Actor Masterson's lawyer denies and denounces rape charges
Sep 18, 2020 2:07 PM
Comments
We welcome your feedback and encourage you to share your thoughts. We ask that you be respectful of others and their points of view, refrain from personal attacks and stay on topic. To learn about our commenting policies and how we moderate, please read our Community Guidelines.