Escape while staying safely at home through the eyes of others or on your screens
May 10, 2020 7:00 AM By: Virginia Aulin 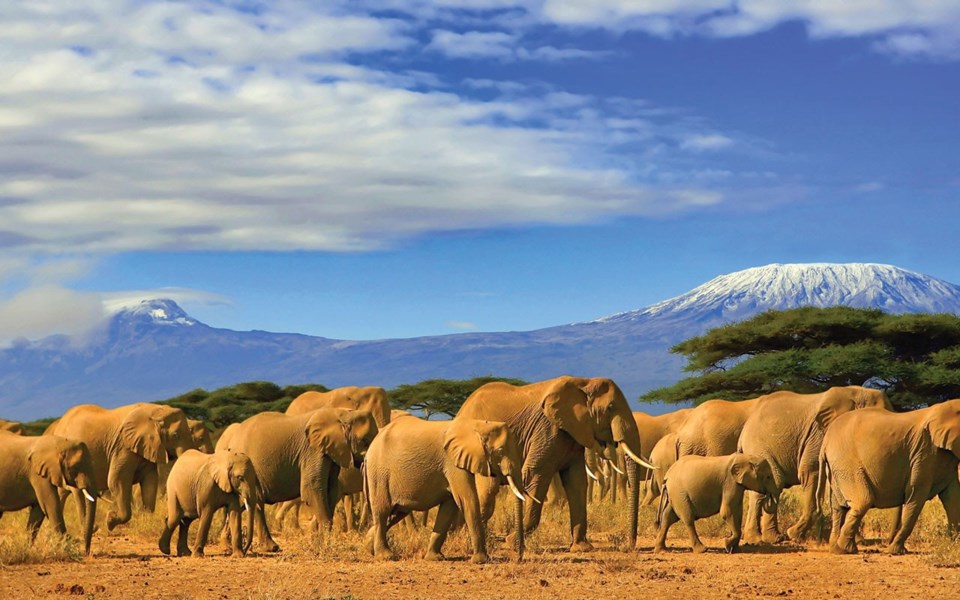 I remember my favourite aunt telling me years ago that she travelled along with me from the comfort of her armchair when she read letters I wrote to her from far away.

We all need those letters now, especially Whistlerites, who take pride in being adventuresome.

So, taking a cue from the cover of Anne Tyler's The Accidental Tourist (in which the protagonist is a travel writer who doesn't like to travel—insert eye-roll emoji here) featuring an armchair with wings, here are some books that will take you on a journey to other parts of the world while never leaving your home.

There are, of course, the obvious easy-reading memoirs, like Elizabeth Gilbert's Eat, Pray, Love, Peter Mayle's A Year in Provence and Frances Mayes' Under the Tuscan Sun. These are mostly light, airy, accessible non-fiction—perfect to take one's mind off of our current COVID reality.

For those seeking something a little more literary, consider the following:

- In A Moveable Feast, Ernest Hemingway writes of life with his first wife in Paris in the 1920s. You can almost taste the crisp, chilled Chablis and oysters that Papa consumes as he transitions from journalist to novelist and socializes with some of the art world's biggest talents.

- Beryl Markham takes us to Kenya (then British East Africa) in the early 1900s in West with the Night, in which she shares her experiences of growing up and becoming a racehorse trainer and bush pilot. Alexandra Fuller provides more recent insights into life in Africa—born in England, she spent more than 20 years in Rhodesia (now Zimbabwe), Malawi and Zambia—in two of her memoirs: Don't Let's Go to the Dogs Tonight: An African Childhood and Cocktail Hour Under the Tree of Forgetfulness.

- Pulitzer Prize–winning journalist Alice Steinbach wrote Without Reservations after travelling in Paris, Oxford and Milan. She takes the advice of Japanese poet Basho, "To learn of the pine, go to the pine" in her second memoir, Educating Alice: Adventures of a Curious Woman. Back in Paris, she studies French cooking; she then heads to Scotland to take part in border collie training, to Kyoto to study traditional Japanese arts and finally to Havana to learn all things architecture.

- For something similar but grittier, dip into Nothing to Declare: Memoirs of a Woman Traveling Alone by Mary Morris, who gets in touch with herself as she leaves familiar ground, "domestic details, work pressures, attempts and failures at human relations" to venture to Mexico, Honduras, Guatemala and Nicaragua.

- For more male perspectives, I recommend the entire oeuvres of Paul Theroux and Bill Bryson. And, to prepare for a time when we can travel again, Rolf Potts' Vagabonding is an excellent guide "to the art of long-term world travel."

- If you're a runner, race through the hot valleys and freezing peaks of North America and along Mexico's Copper Canyons with journalist and runner Christopher McDougal (with a special appearance by the Tarahumara Indians), who deciphers the secrets and science of barefoot running in Born to Run.

- Cycle vicariously from Buenos Aires to Berlin with David Byrne of Talking Heads fame. In Bicycle Diaries, he shares his thoughts on art, music, globalization and how urban areas are becoming more bike-friendly as he cycles through some of the world's major cities.

With the library closed, ask Dan at Armchair Books (www.whistlerbooks.com) to help you get them or sign up for the Libby by Overdrive app to access audio and digital books from B.C. libraries.

Of course, you can also turn to your TV screen for many travel movies. For some levity during these solemn days, watch The Trip movies in which British comedians Steve Coogan and Rob Brydon play exaggerated versions of themselves as they review restaurants together. The first trip is to the north of England, the second takes them to Italy and, in the third movie, they head to Spain. They've filmed a fourth series in Greece, but it won't be edited into movie form until later this year.

On your computer or iPhone, you can tour more than 3,400 museums and heritage sites on Google's Arts and Culture site. You can search via artist, museum, city or country, click on what interests you and delve deeply into some of the world's most incredible collections of art and artefacts at artsandculture.google.com/?hl=en. To get right to the most famous galleries (think the Louvre, the Uffizi, the Met and MOMA), click here: artsandculture.google.com/partner?hl=en&tab=pop.

- Claude Monet created picturesque gardens so he could paint them, especially water lilies, which he obsessed over. Go to Giverny here: www.youtube.com/watch?v=rjWx2WNXFF4.

- England's Kew Gardens grows across 132 hectares and has more than 8 million plants and herbs, not to mention a castle. Tour here: www.youtube.com/watch?v=ioG_Vfh0Kxw.

- The Chicago Botanic Garden has not one, not two, but 27 gardens plus four natural areas. Stroll through some of them here: www.youtube.com/watch?v=aV0Ryaw0hGc.