Through most of the 20 th century, tourists gave the city of Bautzen, in eastern Germany, a wide berth. “We had a bad reputation because of our prisons,” says Hendrik Jünemann, a 50-something tour guide who has lived in Bautzen all his life.
Aug 3, 2007 9:14 AM By: Alison Appelbe 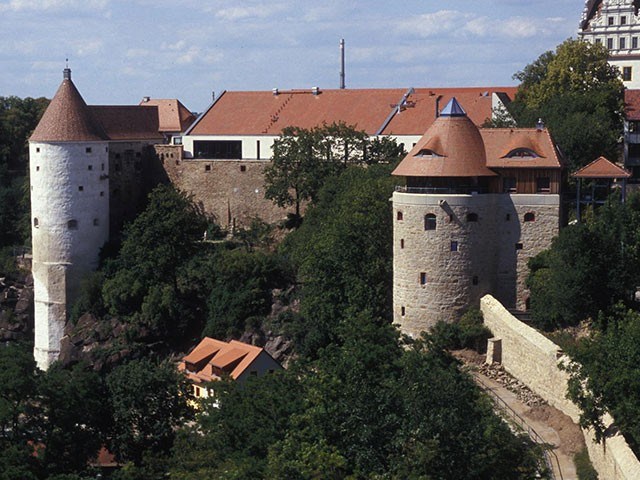 Through most of the 20 th century, tourists gave the city of Bautzen, in eastern Germany, a wide berth. “We had a bad reputation because of our prisons,” says Hendrik Jünemann, a 50-something tour guide who has lived in Bautzen all his life.

Today this 1,000-year-old city, on a plateau above the Spree River, is again attracting visitors — in part for the 17 intact towers that once served as bastions on its walled perimeter, or water towers within it. Round or square, and of brick or stone, these fully restored towers collectively give Bautzen a medieval look.

An added attraction is that Bautzen is home to a sizeable proportion of the country’s only indigenous minority, the Sorbs.

As for its prisons, the federal government and State of Saxony, in which Bautzen is situated, is making the best of the regrettable imagery — not to mention history. Jointly they’ve adapted the Stasi prison, or more formally Bautzen II, as a memorial to victims of political prosecution during the Third Reich, Soviet occupation and German Democratic Republic (GDR).

Closed in 1989 after the collapse of the GDR, Bautzen II remains utterly authentic. (An unintended advantage of visiting the former East Germany, particularly its easternmost countryside, is that it has not yet been ravaged by the über-affluence and mass tourism of Western Europe. Said Wolfgang Gärtner, of the Saxony tourism board, as we sped eastward from Dresden on the auto-bahn: “Villages in the east still look like villages. You still have a feeling of the old days.”)

Bautzen II (now called the Bautzen Memorial) is located in a leafy residential neighbourhood smack in the centre of this city of 42,000. “It was a totalitarian regime — it didn’t matter where it was,” said Gärtner, as we pulled up to an unobtrusive entrance gate where Jünemann was waiting.

Inside the prison, tiers of all-metal floors and staircases, and neat-as-a-pin cells containing basic bedding, garments and utensils, appear all order and efficiency. Apart from a factual exhibit of historic photos (of prisoners and officers) and other documents, the prison remains mercifully unembellished by the more annoying signage and tourist-luring devices found in entertainment-driven museums around the world.

Of its GDR period, Jünemann said: “In the 1950s, it was enough to simply talk about the system, to paint a negative picture of Stalinism, and you got five to six years.” Prisoners — who included a founder of the German Green Party — were kept in isolation.

“The main point was to break your will,” he continued. “Everyone was described as a criminal. Everything was censored.” The cells were bugged; interrogations went on for hours.

A neighbour of Jünemann, who died a few years ago, held a senior position here. “Everyone knew he was an officer of the Stasi, but we never talked about it,” Jünemann said. One got the sense that most locals kept their head down and got on with life.

(German actor Ulrich Mühe, who played a tormented Stasi officer in the Oscar-winning movie The Lives of Others , and died at age 54 in July, lived most of his life in the state of Saxony. He honed his craft at a theatre in the city of Chemnitz, at the time called Karl-Marx-Stadt, and today another important Saxon tourism destination.)

Clearly visible in north Bautzen is a massive yellow-brick complex known as Bautzen I or the Yellow Misery (“gelbes elend” in German ). The Nazi, Soviet and East German governments also used this prison for political opponents, although it more often housed criminals. It remains a federal penitentiary for long-term offenders.

Yet there’s much more to Bautzen than incarceration: the city invites a leisurely amble along its narrow lanes, and a meal in one of the terrace cafes in the spacious market square, in the lee of a spectacular baroque town hall.

Although now a relatively remote corner of Europe, eastern Saxony, or Upper Lusatia, once lay on an important trade route between Russia and France. It was later the domain of dukes, electors and kings (thus a myriad of smallish castles) and, in the 19 th century, an important industrial region. The result is many significant buildings.

In Bautzen they include an early gothic cathedral, the leaning Reichenturm (“rich tower”), and an abundance of baroque patrician houses painted lovely colours. All are set in and around an altstadt of cobble streets. Here and there you come across a mustard shop — a culinary product for which Bautzen is well known.

An historic curiosity is the Alte Wasserkunst (“old water works”). Built in 1558, this round brick tower, which you can climb inside for a fine view of the Spree Valley, still boasts its original system of pumping water from the Spree River into the town.

Adding to this old-world ambiance are the Sorbian people — descendants of Slavic tribes that migrated to Lusatia from the east and the north from the 6 th century.

Today 60,000 people count themselves Sorbian, and many speak the Sorb language. Half live in the state of Brandenburg to the north, where their language leans towards Polish. The rest reside in and around Bautzen, where they speak a dialect more like Czech, and run Sorb businesses that include a radio station and daily newspaper. Street signs in Bautzen (Budysin in Sorbian) are in German and Sorb.

At a Sorbian restaurant called Bjesada, a poised server named Katyrna wears an elaborate bonnet with a bow at the back, and other delicate garments of Sorbian tradition.

While delivering dishes that included a spicy beef dish, strong on the horseradish, and crepes with peaches, she spoke of her efforts to maintain her Sorbian heritage (while married to a non-Sorbian German). They include sending her children to Sorb-language school, and supporting traditions like Easter Riding — in which men in suits and top hats canter across the landscape on beautifully caparisoned horses.

While the GDR tolerated the Sorbs (the Nazis decidedly did not), and the current governments have constitutionally guaranteed them language and other rights, it remains to be seen if this quaint subculture will survive in contemporary, post-GDR Europe.

For more on Bautzen, visit www.Bautzen.de. For Saxony, www.sachsen-tour.de. Both websites have English versions. For Germany, go to www.cometogermany.com.