Exploring the vibrancy of South Vietnam (Part 1) Ho Chi Minh a city with a rich and turbulent history, that moves at a breathtaking pace

Arriving in Ho Chi Minh City roughly 20 hours after departing Vancouver, a hotel and a soft bed was the only thing on our minds.
Sep 14, 2007 7:48 AM By: Mike Crane 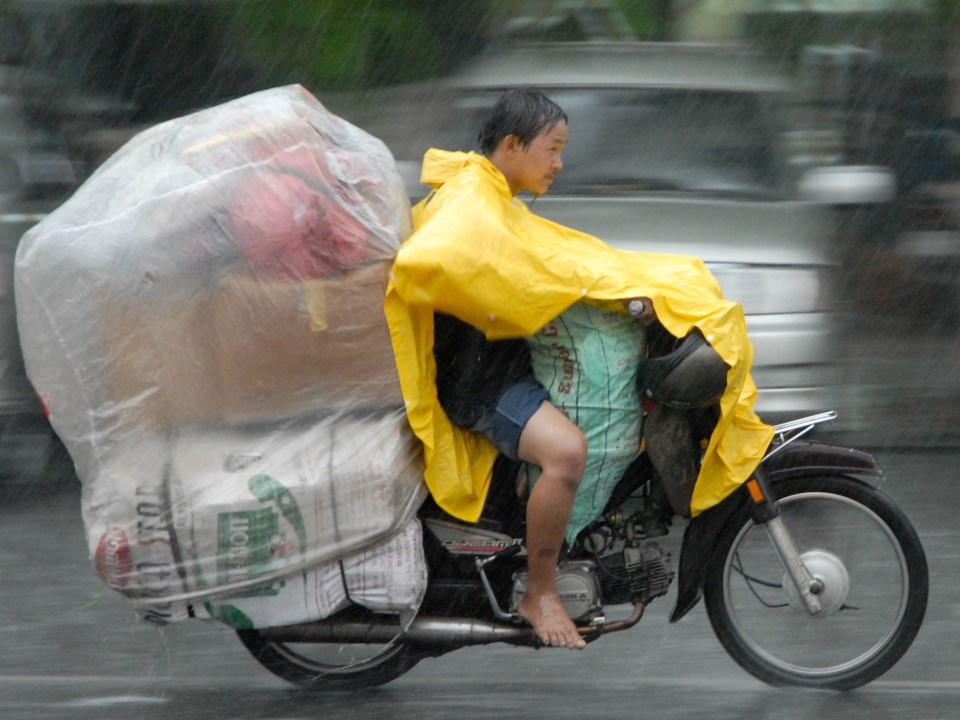 Arriving in Ho Chi Minh City roughly 20 hours after departing Vancouver, a hotel and a soft bed was the only thing on our minds. The short mini-bus ride from the airport offered a small glimpse of what was to come as we weaved through relentless horn tooting traffic and small alleyways, host to bustling food stalls and the energy that only a Southeast Asian city of millions can provide, all in the hot and humid air of the night.

But as overwhelming as Ho Chin Minh City is at night, the bed won over.

Waking the next day well rested and just past the crack of dawn, we had the full day to explore Ho Chi Minh City, or Saigon as many locals still like to call it. Even at 6 a.m. the alleyways and streets of Saigon are already buzzing back to life — not that they likely became dormant during the night. Vendors cleaned their stalls, deliveries of the day’s supplies arrived and the enticing smells of Vietnamese cuisine slowly began to grip the streets. We would begin our day with a simple bowl of pho (rice noodles) and fresh glass of mango juice. Fueled up and keen to hit the streets, it was time to get out and explore Saigon’s rich and turbulent history.

In a city of eight million residents, who own a staggering collection of three million deafening motorbikes/scooters, one million pedal bikes and roughly 300,000 cars, wandering the streets is not for the faint hearted. Although one would have the urge to run across the street where red lights are a mere suggestion, you must walk slowly through the barrage of oncoming motor vehicles, bikes and cyclos and attempt to make eye contact, allowing motorists time to calculate their swerve around you. With 100-150 deaths and 750 injuries per month from traffic-related accidents, not everyone in Saigon makes it to their destination. Not to worry though, most accidents are motorbike on motorbike collisions.

We elected to explore by cyclo, and after successful negotiations with a cyclo driver our first stop would be some of Saigon’s French colonial architecture. Cyclos are a three-wheeled reverse tricycle. Powered by a knowledgeable driver, and strong pedaller, they roll at a great pace for people looking to take in the sights.

Or so we thought. After a hair-raising ride through no-stop four-way intersections and an excursion the wrong way down a one-way street, we arrived at the red brick Notre Dame Cathedral. There, we thanked our driver and told him the rest of our day’s explorations would be best done on foot.

The cathedral, completed in 1883 and standing 40 metres tall in the hub of the government district, has long been a central landmark and a testament to Saigon’s diverse history. The central post office, directly across the street, is also a prime example of colonial architecture, and its cathedral-style interior is well worth a look.

Due west lies the War Remnants Museum, which is home to a collection of soul-crushing photographs, weapons, machinery, testaments, and information about the Vietnam war with the Americans and their South Korean, Australian, Thai and New Zealand allies. Disturbing yet essential, this should be a mandatory stop for all visitors to Ho Chi Minh City. Especially unsettling are the exhibits documenting the American use of defoliants. Approximately 70 million litres were used, including 44 million litres of the catastrophic “agent orange”. The museum also states that 14 million tons of bombs and shells were used over the course of the war.

With the mornings pho long burnt off we stopped to sample some street fare. On offer were baguettes with a French look and a truly Vietnamese taste. Spread with pate and stuffed with barbequed pork, green onion, chili and coriander, all dosed with soya sauce, they provided a tasty lunch on the go. Washed down with a freshly tapped iced coconut, it made for a filling lunch.

Continuing south-east we headed to the grounds of the Reunification Palace, or Liberation Palace as it was known before the fall of Saigon and the rise of Ho Chi Minh City.

The city is named after the revolutionary leader of the same name. Many books have been written about Ho Chi Minh’s life and his role in creating the modern Vietnam. The abbreviated version is that following years studying in France and traveling to many other French colonies, Ho became a founding member of the French Communist Party. He then lived for several years in China, on the Vietnam border, where he helped organize exiled nationalists. At the end of the Second World War, Ho announced the formation of the Democratic Republic of Vietnam — at about the same time Roosevelt, Churchill and Stalin were deciding that Vietnam would be divided into northern and southern districts. France refused to recognize Ho’s Democratic Republic of Vietnam and attempted to re-establish control over the country. In 1954 the Vietminh defeated the French. Following negotiations a division of the country was agreed to, with Ho ruling North Vietnam. The leader of South Vietnam, Ngo Dinh Diem, refused to hold elections and imprisoned dissidents, which led to the formation of the Vietcong and a guerrilla war supported by Ho and the North. It was at this point that the United States got involved in what eventually became the Vietnam War.

A bloody decade and a half later, the Reunification Palace was where the first North Vietnamese tanks ploughed through the gates on the morning of April 30 th 1975, leading to the surrender of Saigon. English, French and Vietnamese speaking guides tour visitors through the palace just as it was on that historic day. Highlights include seeing the command rooms used by the leaders of the South Vietnamese Army and descending into the sub-level bunkers, where war rooms display some of the strategic positions during the war.

On the way back to our hotel in the backpacker haven Pham Ngu Lao we passed through the bustling Ben Thanh Market. Ben Thanh is home to noodle bars, Vietnamese handicrafts, fabrics, rip-off-name-brand fashions and a plethora of tacky mementos. Competition is fierce amongst vendors and navigating amongst the tiny rows while being haggled by merchants is an experience all on its own.

Back out on the streets and after a big day fighting the traffic and pounding the pavement we found refuge at the Blind Association of Ho Chi Minh City. Here blind masseurs provide muscle-soothing massages that are a great way to end to a big day exploring the non-stop madness that is Saigon.

We would retire relatively early in preparation for taking a two-day tour of South Vietnam’s rice bowl, the Mekong Delta.