I helped Dave roll the last drum of chopper fuel into the back of the beaver. He wedged himself and our two packs in among the 10-gallon drums and I strapped myself into the front seat beside pilot Ron Steele.
Feb 27, 2009 8:18 AM By: Jack Souther 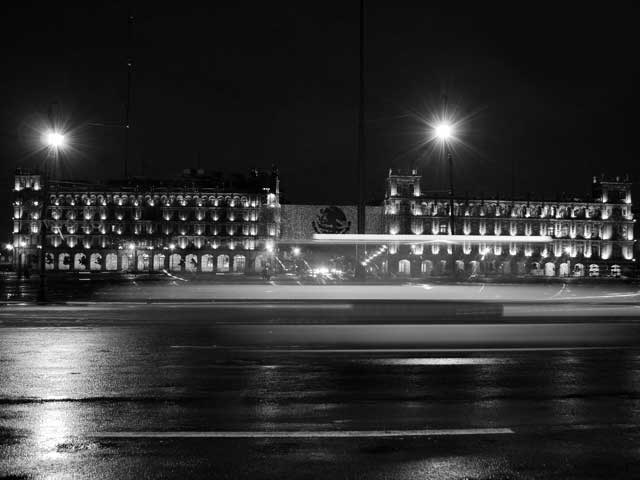 I helped Dave roll the last drum of chopper fuel into the back of the beaver. He wedged himself and our two packs in among the 10-gallon drums and I strapped myself into the front seat beside pilot Ron Steele. Considering the size of our load the little airplane lifted off the water after a surprisingly short run. "Nice take-off" I shouted to Ron. "Aye? Wa'cha say?" he answered. Ron, then in his 60s, had so many thousands of hours in the front end of bush planes that his eardrums had long ago ceased to respond to anything but the roar of an engine. I gave up on conversation and concentrated on the route ahead.

Shortly after banking away from Dease Lake and heading south we crossed the Grand Canyon of the Stikine and dead ahead I got my first view of our destination. The north slope of Mount Edziza, dotted with jet-black cinder cones and laced with sinuous streams of basaltic lava looks totally out of place among the craggy peaks of the northern Coast Mountains. Except for the fringe of spruce forest around its base and the glaciers clinging to its summit the great volcanic shield of Mount Edziza looks, for all the world, as though it belongs in Hawaii.

Before starting his descent into Buckley Lake at the base of the shield Ron made a low pass over one of the cinder cones. Its sharp crater rim and pristine outer slopes look as fresh as the day they were formed but no one then knew how long it had been since the last of Mount Edziza's towering fire fountains had died and the lava had cooled.

A couple Tahltan elders in the nearby town of Telegraph Creek claimed to remember but their stories didn't make geological sense. On air photos pristine lava flows from the cinder cones appeared to cut a swath through mature forest on the lower slopes. Dating the flows, I reasoned, was a simple matter of comparing the age of trees in the adjacent mature forest with that of tiny pioneer trees growing on the flows. My assumption would soon prove to be as flawed as the memory of the Tahltan elders.

Ron coaxed the beaver onto the glassy surface of Buckley Lake with barely a whisper from the floats, hauled up the nose to keep the prop out of the spray, and taxied us to shore beside a low grassy meadow. "See you in a week at Nuttlude Lake," I yelled to him when we had finished unloading. "Aye? Wa'cha say?" he gave me a grin but I had no doubt he would pick us up on schedule.

By the time we had stowed our precious cargo of helicopter fuel in a safe place and set up camp for the night the drone of the beaver was just a memory and we were engulfed in the profound silence of the northern wilderness. But as dusk settled over the lake the silence of the day was broken by the sounds of the night. The distant call of a wolf was answered by another and another. A loon responded from out on the lake and somewhere in the forest, not far from camp, a family of wolf cubs added their high-pitched yipping to the mournful, deep-throated howls of their parents. They were still talking to one another when we fell asleep for the night.

As we left Buckley Lake the next morning I used my increment borer to take cores from several of the larger trees in the mature forest while Dave, my student assistant, clambered onto the blocky surface of a nearby lava flow and sampled the tiny trees rooted among the jumble of basalt blocks. Before reaching treeline we paused for a quick look at the results. To my amazement the tightly spaced growth rings on Dave's samples indicated the dwarf trees on the lava were much older than even the largest trees in the adjacent forest. The exact opposite of what I expected. Seems the isolated, slow-growing dwarfs had survived forest fires that had wiped out the adjacent forest - so much for my theory. We still had no clue as to the age of the flows.

Five hundred metres above the lake we left the forest behind. Ahead of us alpine tundra sweeps gently up to a cluster of cinder cones and off to our right the 9,000-foot summit spire of Mount Edziza towers above its mantle of ice. We put in our second camp at the base of a perfectly symmetrical cinder cone, which I later named after Eve Edzerza whose saga of courage and survival is a legend among the Tahltan people. But it wasn't until the end of another long day of travel across incredibly rough and unstable flows that I fully appreciated her story.

Our third camp, high above the last vegetation, was hunkered down in a little ravine bounded on one side by the stark black slope of a cinder cone and on the other by a patch of glacier ice. Not far from our tent a stack of weather-bleached shovels is piled against a jumble of basalt slabs. This is where Eve's story begins.

Years ago, before there was a road, Eve, her husband Johnny, and Hank Williams set out by dog-team from Telegraph Creek for the village of Iskut, 45 miles to the east. They, like many of the local Tahltan people, had made the trip many times before but on that day, as they were crossing the Edziza shield, a vicious storm blew in from the north. Disoriented and blinded by drifting snow the dogs veered away from the wind on a course that took them higher and higher onto the slopes of the mountain. That is where the trip ended for Johnny and Hank. A massive avalanche buried the two men and wiped out the sleigh and its supplies, leaving Eve alone in a raging blizzard high above treeline and surrounded by an utterly hostile world of rock and ice. But somehow she managed to walk the 25 miles back to Telegraph Creek and direct a rescue team to this spot. Johnny is buried here, not far from where the rescue team abandoned their shovels, and nearby Williams Cone is named in memory of Hank.

We spent several days working from this location. Williams Cone, which is breached on the west side, is the source of one of the youngest and largest lava flows on the mountain. Its surface, covered by teetering blocks of basalt that were once incandescent slabs of crust on the moving stream of lava, seems frozen in time - unchanged since the lava stopped flowing. But, despite its young appearance, Williams Cone has been dormant for more than 1,000 years. A charred log I was lucky enough to find under the ash yields a radiocarbon age of 1,320 years.

The young cones and flows on the north flank of Mount Edziza record only the latest chapter in a fascinating geological history that goes back millions of years and embraces almost every type of volcanic activity. And you don't need to be a scientist to appreciate it. From the pristine lava flows on its north slope to the subsurface plumbing system exposed on its deeply eroded eastern flank, the volcanic features on Mount Edziza are so perfectly preserved they hardly need an explanation. But if geology isn't your thing there is no shortage of wildlife, from Stone sheep and mountain goats to marmots and grizzlies. And the brightly coloured rocks provide a backdrop to some of the most exotic scenery in B.C.

Our 20-mile backpacking trek from Buckley Lake to Nuttlude Lake began as just one small part of a regional geological reconnaissance of the Stikine Region but by the time we met Ron and his beaver down on Nuttlude Lake I knew this was just the beginning. Unraveling the geological history of Mount Edziza became a labour of love that brought me back to the mountain for another 10 years.