India: A trip through the senses

Perhaps you've seen the scene: a tuk-tuk going slalom on a dusty road, passing vehicles, ditching garbage piles and honking at everything that isn't in its way.
May 3, 2020 7:00 AM By: Malgosia Szajwaj 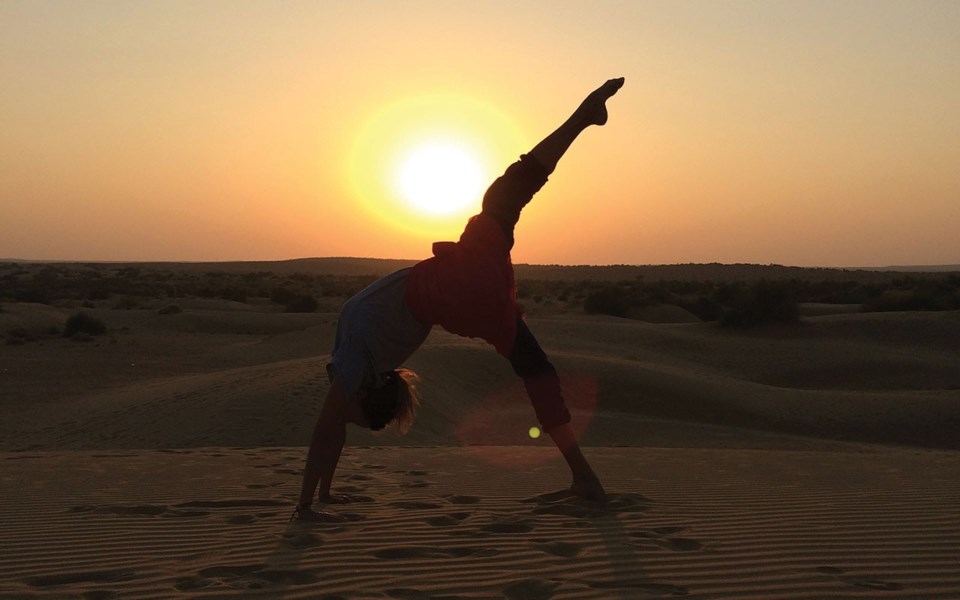 Perhaps you've seen the scene: a tuk-tuk going slalom on a dusty road, passing vehicles, ditching garbage piles and honking at everything that isn't in its way. The second I stepped outside Jaipur International Airport, I felt transported into this exact documentary scene. Krishna, my tuk-tuk driver, insisted we stop for chai tea on our way to the hostel and there was no convincing him otherwise. After three tea stops, and Krishna's comprehensive life story, I was excited to see what else India had in store.

What I didn't expect was how it would awaken each of my senses throughout the journey.

Before leaving for India, I was warned about the horrendous smell of garbage, and worse things. Don't get me wrong, while questionable smells do linger, no one told me about the hypnotizing and mystic smells of burning incense and essential oils that spread through the small alleys. No one told me about the sweet smells of tea and spices, which awakened my curiosity, leading me to step inside little shops and cafés and get to know the locals.

One can close the eyes and be guided solely by the nose.

But the Rajasthani streets of Jaipur are not only a trip for the nose. Experiencing them is like looking into a kaleidoscope: scarves sway in the light breeze outside the shops, women sashay in sparkling sarees, café walls are covered with patterned carpets assembled piece by piece, bead by bead. But there is a flipside: countless piles of garbage and plastic are spread throughout the streets ignored by humans; only hungry animals roaming the streets pay attention to it. Cows, goats, camels, dogs, and peacocks all decorate the chaotic streets with their calm nature. And before dusk, it all melts into one image as everything is illuminated by the divine setting sun. Everything grey and messy dances with everything colourful and glittery for a few minutes. That few minutes frozen in time made other images irrelevant.

The incessant beeping is what many travellers describe as their first and lasting impression of Rajasthan, India's largest state. There just never seems to be any peace. I'd lay awake at 3:30 a.m. wondering why India doesn't sleep. It's a way of life, a way of communicating in city jungles.

After a few weeks of constant city noise, it was time for some tranquility.

Somewhere near the Pakistani border in the Thar Desert, I lay snugged under a heavy blanket in between the sand dunes. The fire was almost out, and the Milky Way was slowly moving above us. The only sound was that of Mamma Mia chewing food in the background. Then she swallowed it, burped it back up and kept on chewing. Rosa, our guide and a dedicated desert man, suggested we get up close to the camel and give her a pet. Only a vague shadow of her was visible. We sat there in the dark listening to Mamma Mia's chewing. It was one of the most peaceful sounds I'd heard in India.

During our desert safari, we were provided with meals cooked over the fire on a simple stove. Each day, Rosa would mix various vegetables with colourful spices and coconut milk. I was stunned at the diversity of delicious spices used to make the many different flavours: exotic and cozy, fresh and vibrant—all with a pinch of that Indian spice. He'd also blend flour with water and instructed us on how to make chapati bread. He laughed as we struggled to make the round shapes while he assembled them in no time at all.

A trip to India is not complete without a yoga class, and with that in mind, we headed southwest to Kerala where the streets were filled with western yogi wannabes, including myself.

One early morning, I dragged myself out of bed and into a yoga studio. We started the class with relaxed breathing exercises and progressed to more intense ones, until I became lightheaded. We then started matching breath to movement: our arms, legs, and eventually the entire body.

As we struggled to concentrate on the postures and our breath, I looked up at the teacher in discomfort. He looked at me and said, "Your mind goes where your focus is. Focus only on your breath and body. Everything else, let it go."

We continued by opening new postures, brought our attention to different body parts and found connections we hadn't seen before. And as we observed our poses and breath, we detached ourselves from any thoughts. At the end of the class as we lay down for relaxation, I felt completely relaxed, but totally awake.

India can be intense and exhausting, but it also has a way of awakening each part of you.

If you want to truly feel alive, go there with an open mind and an open heart. You will find a one-of-a-kind experience.