Monaco, a living fairytale Looking is free, but just about anything else will cost you dearly

Behind a pair of sassy, dark shades, a perfectly coiffed blond expertly manoeuvres her beige Rolls Royce around a carelessly parked Ferrari glinting in the afternoon sunshine.
May 9, 2008 8:25 AM By: Alison Lapshinoff 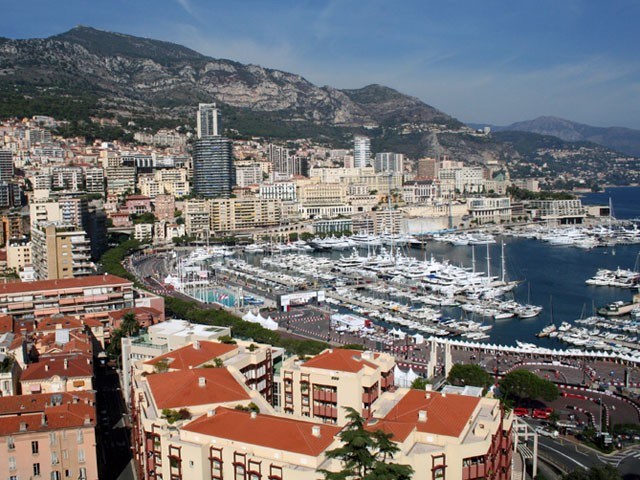 Behind a pair of sassy, dark shades, a perfectly coiffed blond expertly manoeuvres her beige Rolls Royce around a carelessly parked Ferrari glinting in the afternoon sunshine. Her passenger, tan and fit, sweater thrown casually over his shoulders, surveys his opulent surroundings with the indifferent gaze of the super-rich, and talks nonchalantly into a cell phone. Palm trees throw their stately shadows over the casino’s impeccably landscaped grounds dotted with dancing fountains. Beyond, the turquoise Mediterranean Sea beckons.

A glance at the map says I am in France, but a closer look tells a different story. The licence plate on a passing Jaguar proudly declares that it was insured in the Principality of Monaco, a tiny monarchy that, although seemingly on French soil, stands independently. Occupying almost two square kilometres of land sandwiched between the French Riviera and Italy, it is almost the smallest country in the world, second only to Vatican City.

The train journey from Nice is a quick jaunt along the coastline, clearly illustrating just how developed the French Riviera has become. Its cities blend seamlessly together, leaving room for little more than a few token palm trees, reminding one that this is, after all, paradise. The station, being entirely subterranean, allows through passengers not a glimpse of the prosperous little monarchy, but its ethereal lighting and spotlessly shiny, cavernous interior offer a hint of the luxury and glamour that exist above.

Monaco-Ville, otherwise known as The Rock, is the fortified old part of town that sits on a lofty promontory within its ancient city walls. Here, one is quickly whisked back to a time when cars had not yet been thought of, its roads narrow and cobblestone, designed solely for travel on foot. Only the roar of the race cars tearing around the track below and the hordes of tourists milling around the palace, home of the royal family, remind one that this is, indeed, the 21 st century.

The reign of the Grimaldi family began over 700 years ago. In the year 1297, a small army led by Francois Grimaldi, disguised as a Franciscan monk, seized the Fortress of Monaco from a rival Italian faction, and reclaimed it in the name of the Pope. This daring feat is commemorated today in Monaco’s coat of arms, displaying two monks bearing swords.

The following centuries saw Monaco thrive as a vital port on maritime trading routes and an important naval base, throughout most of which the Grimaldi’s maintained control of The Rock. Lord Honore II ascended the throne in 1604, and saw fit to bestow upon himself the title of “prince”, a title that Monaco’s rulers have held ever since.

In the year 1861, Prince Charles III ceded half of Monaco’s territory to France, in exchange for cash and independence, losing all of the principality’s natural resources in the bargain. Realizing the need for a new economic base, the prince established the Societe des Bains de Mer, or Sea Bathing Society, a company consisting of a few hotels, a theatre and a casino. Thus, the glamorous district of Monte Carlo was born, tourism, gambling and banking becoming its economic backbone.

Appearing much more opulent than even the palace, the casino sits smugly front and centre, facing the amphitheatre of elaborately adorned high rises that is Monaco, its back to the sea. It is here that the principality’s smartly attired, financially sound and highly polished populace gravitate. This is the playground of the filthy rich, who unselfconsciously guide their BMWs and Porches around the impeccably manicured grounds, while snappily dressed, sun-bronzed couples walk poodles as they talk business on cell phones.

One can only speculate as to the vast sums of money that change hands within these heavily guarded walls. Having no capital gains or income tax and low business taxes, Monaco thrives as a sunny haven for those members of the highest tax brackets, and finds no shame in flaunting this status. Certainly it is the place to have a heart attack, for the streets are endowed with defibrillators, conveniently installed at regular intervals, presumably for the use of anyone.

Monaco’s current prince, Albert II, is the only son of Prince Rainier III and Grace Kelly, an Academy Award-winning film and stage actress from America. Their fairytale wedding in 1956 caused quite a stir and was dramatically dubbed, The Wedding of the Century. Her Serene Highness Princess Grace of Monaco bore three children before her tragic death in a terrible car accident in which her vehicle plunged off a cliff in the mountains descending into Monaco in the year 1982. Prince Rainier III joined his wife in the Cathedral of Saint Nicholas 23 years later.

Besides being synonymous with high stakes gambling, tax evasion and high profile marriages between royalty and film stars, Monaco is also host to what many consider to be the most prestigious automobile race in the world. The first Monaco Grand Prix, organized by Antony Noghes, president of the Automobile Club de Monaco, was an invitation only event held on April, 14, 1929. The race has since grown exponentially, some 3,000 tickets going on sale every year.

Narrow and winding, with tight corners and elevation changes, this unforgiving course that winds through the streets of Monte Carlo is considered to be one of the most challenging and dangerous places to race in the world. In fact, if it did not already exist as a Grand Prix circuit, it would not be permitted today due to safety reasons. It is certainly not unknown for drivers to crash and end up in the nearby harbour.

There is a long waiting list for citizenship in Monaco. Of the roughly 32,000 people living there today, only 16 per cent are considered true Monegasque natives, the remainder being from France, Italy and elsewhere. Defended by the French, as outlined in the treaty of Versailles in 1919, Monaco has no need for its own army, and the royals have private guards protecting the palace.

Being entirely urban, with no natural resources or arable land, Monaco’s economy is driven by tourism, commerce, banking and the like. Relatively new, a small, non-polluting industrial sector has been introduced, producing mainly beer, chocolate, flour, cosmetics, plastics and electronics. Due to its limited territory, industrial activity is confined to tall buildings up to 13 storeys high, which blend in so well that one would hardly notice them at all.

Gazing down upon the shimmering yachts quietly bobbing in the harbour from Monaco-Ville or dodging Ferraris in Monte Carlo that would fetch a price high enough to pay for a modest home, there is no place like Monaco for making the average tourist feel like a peasant. It is truly a fairytale, where money rules and poverty is not an option. From the ornate old architecture to the brilliant new high-rises, to the backdrop of lofty mountains descending to the glittering Mediterranean, and the residents, diamond studded and polished to perfection, Monaco is worth a look. And looking is free. But if you intend to do otherwise, bring your money!

Visitors aren't welcome during COVID on Haida Gwaii, at Tahltan Nation
Jul 31, 2020 8:44 AM
Comments
We welcome your feedback and encourage you to share your thoughts. We ask that you be respectful of others and their points of view, refrain from personal attacks and stay on topic. To learn about our commenting policies and how we moderate, please read our Community Guidelines.