National Parks Are Us: Gwaii Haanas

Photography Louise Christie Ottawa-based songwriter Ian Tamblyn put it best in his composition Woodsmoke and Oranges: "There's something about this country that's a part of me and you.
Aug 7, 2009 8:06 AM By: Jack Christie 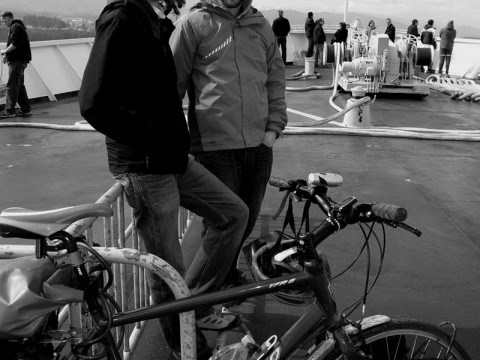 Ottawa-based songwriter Ian Tamblyn put it best in his composition Woodsmoke and Oranges: "There's something about this country that's a part of me and you."

All it takes is one visit to a place like Gwaii Haanas National Park Reserve and Haida Heritage Area to confirm that - viscerally. Just start paddling and see for yourself. Each stroke sends shivers your way at the thought that this domain belongs to everyone. Look around. Look deep. Vast natural riches spread above and below the archipelagic tide lines of 200 islands strewn across the southern third of Haida Gwaii/Queen Charlotte Islands.

Biologist Duane Sept spent a decade studying this remarkable ecosystem. On the phone from his home on the Sunshine Coast, Sept revealed that preserving this marine habitat in 1987 was a great service. "There's more protein per square centimetre here than anywhere else. Burnaby Narrows in particular is rated as having the highest density of living matter on earth."

To float at low tide through Burnaby Narrows - properly called Dolomite Narrows - is to drift through a marine dream world. Stacked like condos in Bayshores, colourful colonies of red turbans, whitecap limpets, blue topsnails, and giant plumrose anemone spread below the surface and climb the sides of the winding, kilometre-long shallow channel that separates Moresby and Burnaby Islands. Palm-sized red rock crabs scuttle through patches of seaweed that sprout like leaf lettuce. Nurtured by a constant flow of oxygen and nutrients, green, red and brown algae lend even more hues to the intertidal palette. Sept refers to them as "herbs" that feed both invertebrates and carnivores alike.

Such lush wilderness scenes set national parks apart from the normal space-time continuum. Removed from all signs of human habitation, it feels as if you've suddenly arrived on another plane. A tingling begins in your toes and climbs to the nape of your neck, signaling an elevated state of mind. Higher ground, indeed. As Sept observed, "There are a few other such narrows along the West Coast but nothing to compare with what you'll find at Burnaby," which is why you'd be well advised to pack along a copy of Sept's full-colour The Beachcomber's Guide to Seashore Life in the Pacific Northwest to help make sense of the wealth of biomass on display.

As you raise your eyes from the glassy aquascape, Yatza Mountain rises to the west, one of a rolling series of peaks in the San Charistoval range that culminate with 1,148-metre Mount Moresby whose snow-capped crown stands as a reminder that even in the midst of summer, it's wise to keep both a toque and a pair of warm gloves handy.

In July and August, the two months when fair weather favours paddlers on the northwest coast, temperatures generally hover 10 degrees below what Whistler experiences. Prolonged stretches of sunshine can never be taken for granted in the "Misty Isles." A VHF radio is invaluable for staying abreast of weather forecasts. In fact, listening to updated reports offers riveting after-dinner entertainment, as well as providing a crucial link with both the water taxis which whisk groups of kayakers to and from the park, and with the Haida Gwaii Watchmen staff stationed at seven historic villages within the national park and heritage site.

Haida roots run millennia deep in the realm of Xhaaidlagha Gwaayaai, or Islands at the Boundary of the World. So when a Watchman offers a suggestion or a word of advice, such as where to find sheltered campsites or sources of fresh water, it's conveyed with an all-encompassing authority.

Teams of four Watchmen work monthly shifts at each site, from Hlk'yah Lllnagaay, or Windy Bay, on Lyell Island - where Native-led logging protests in the 1980s led to preservation of a 1,475 square-kilometre tract as national park - to Ninstints or SGang Gwaay, on Anthony Island, off the wind-whipped southwest coast.

By far the park's most sought-out natural feature, beside Burnaby Narrows, is the hot springs on Gandll K'in Gwaay.yayy. For more than one reason this island is must-see, especially near the end of a paddle journey when you've been without the benefit of a warm shower. A state of constant dampness, if not outright wringing-wetness, is the reality of sea kayaking in the rain forest. The only places you can bank on having warm feet are in a dry sleeping bag or these natural hot pools. Just observe the protocol of only 12 visitors at a time and you'll be welcomed ashore by the likes of Eric Olson whose grandfather built the first Watchman cabin here in the early 1980s.

"I've been a watchman since before there were Watchmen," he said when interviewed at his carving shed.

As an artist with a growing reputation in the Lower Mainland, Olson spends a month or more each year creating masks in the original Chief Dempsey cabin where Watchmen first bunked.

"What brings me back from logging?" the 46-year-old wondered aloud as he gazed around Juan Perez Sound where humpback and grey whales were breaching like steam locomotives. "How could I not come back?"

Transporting visitors around the park most often falls to Heron Weir and his partner, Laura Pattison, who run Moresby Explorers, an outfitting and guiding company based in Sandspit on Moresby Island's northeast corner. At the wheel of a Zodiac water taxi powered by twin 200-horsepower, 4-stroke outboard motors, with eight kayaks lashed on top, Weir observed that his favourite time to visit the national park was May through June.

"There are obnoxious numbers of whales around then - hundreds, mostly humpbacks," the lifelong island resident said.

National parks are synonymous with wildlife. Twenty species of whales, dolphins and porpoises troll the waters of Gwaii Haanas as well as Steller sea lions and seals. Docile black bears, red-coated fishers, sleek river otters, shy Sitka black-tailed deer, and a host of raptors and seabirds work the shorelines and sheltering forest where spongy, emerald-green mosses thickly carpet the open floor, as mounded up and smooth as snowdrifts.

Spring is the best time to begin planning the logistics of a self-supported visit or booking a guided tour. Every Canadian should have the opportunity to venture here at least once in a lifetime. It's our birthright.

Just don't all come at once. Hardly seeing another human soul is an integral part of experiencing Gwaii Haanas. When you do return home, the space-time continuum will never seem quite the same again. Part of you will always be floating here on the boundary of the world.

The village of Queen Charlotte lies 4 kilometres west of B.C. Ferries' Skidegate Landing on Graham Island. Sandspit lies 17 kilometres south by ferry from Skidegate Landing via Allisford Bay on Moresby Island. Gwaii Haanas National Park Reserve and Haida Protected Area, which occupies the southern end of Haida Gwaii/Queen Charlotte Islands, stretches for 90 kilometres north to south with 1,746 kilometres of shoreline on 200 islands, of which Moresby is the largest. Access is by boat or floatplane only.

• Air Canada flies twice-daily between YVR and Sandspit on Moresby Island. Call 1-888-247-2262 or visit aircanada.ca. The average cost per person for the two-hour flight ranges from $500 and $800 plus taxes.

Like Howe Sound, ocean waters in Haida Gwaii are bone-chilling year-round. When paddling, wetsuits are a must, as are basic safety skills, such as self-rescue. Advance preparation for exploring Gwaii Haanas Park by sea kayak should include a skills session in capsize recovery