Punjab: India’s overlooked travel destination Westerners made to feel very welcome in the land of the five rivers

By David Smith Although often overlooked by travelers, the state of Punjab in Northern India offers an experience so rich in hospitality it won’t soon be forgotten.
Nov 2, 2007 2:59 AM By: Pique Newsmagazine Staff 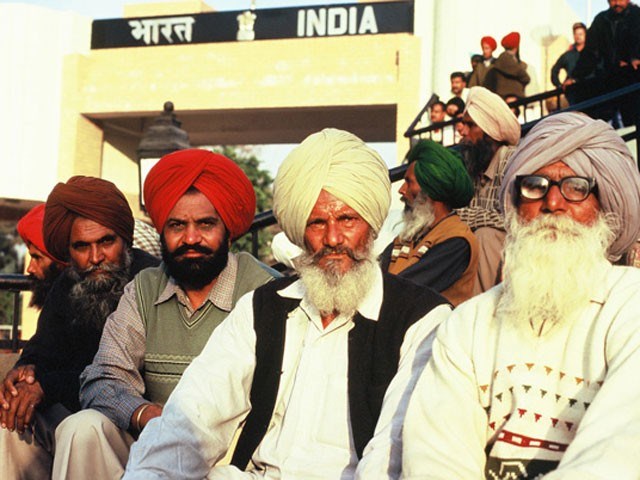 Although often overlooked by travelers, the state of Punjab in Northern India offers an experience so rich in hospitality it won’t soon be forgotten. Upon arrival, explorers are often overwhelmed by the generosity and kindness of the locals: if you don’t drink Chai tea already, you will by the time you leave as it is difficult to go 10 yards without being pulled into a home or storefront to enjoy a cup and a visit.

And if not persistent you will end up a more permanent fixture, settling in as a house guest for an undetermined length of time, or perhaps finding yourselves as the guests of honour at a Punjabi wedding (true story!). With Punjabis found around the world, (close to 1 million live in Canada alone), you can expect to be bombarded not only with kindness, but also requests to contact cousins, uncles and nephews upon your return home.

Meaning the land of five rivers in Persian (the five tributaries to the Indus river from which India gets its name), the Punjab is an arid yet fertile plain which provides much of the agricultural production and commerce for the entire nation. It contains one of the world’s oldest cultures, boasting a very complex and sophisticated history. To many it is well known as the homeland of the Sikh religion, the fifth largest faith in the world and the dominant ethnic group found in Punjab, comprising over 65 per cent of the population.

In addition to Sikhism, Punjab is well known for perhaps its biggest international export, Bhangra music. Often adopted by western musicians and producers, its infectious sounds are indeed heard throughout the state, accompanied with beautifully complex dances. Both have been popularized in Bollywood films and have come to represent India as a whole to the rest of the world.

The capital city of Chandigarh offers a polarity to the rest of the country with its high standard of living and per capita wealth. It is one of the most beautiful cities in India, boasting ample green space, well maintained roadways and considerable urban organization. Recently it separated itself from the rest of the country by taking a forward thinking stance and being the first city to pass “smoke free” regulations.

Despite the many interesting things to see and do throughout Punjab, there is one sight which cannot be skipped: The crown jewel of the Sikh religion, the Golden Temple of Amritsar, rivaling the Taj Mahal in its grandness and beauty.

The Golden Temple is at the heart of the Sikh faith, with a pilgrimage there being a lifetime achievement, equivalent to an Islamic devotee traveling to Mecca. True to its name, the Temple is a majestic structure studded with precious gems and capped with a giant inverted Lotus flower gilded of gold. Inside is found the Adi Grantha, the most sacred scripture for the Sikhs. Pilgrims flow through one of the four entrances (the four entrances signifying openness and acceptance to all) throughout the day and night, free to spend as long as they wish basking in the temple’s religious glow.

The temple itself sits at the centre of a holy lake known as the Sarovar, enclosed by the beautiful marble Harmandhir Sahib Complex through which all people may enter regardless of faith, the only stipulations being that the head must be covered as a sign of respect and the feet must be washed before entering.

Surrounding the complex are several tall towers in which simple, immaculate, private accommodations can be found for visitors. Up until recently these accommodations were free to all, and now only require a small fee. As well, there are the Communal Eating halls where upwards of 45,000 people a day are fed Dahl, Chapatti and Chai, 24 hours a day at no cost. As a part of their pilgrimage to the Golden Temple, devotees eagerly volunteer by cleaning dishes, preparing and serving food and tea, washing floors and other tasks. It is considered honourable to volunteer one’s time, and indeed without this spirit the temple would not be able to operate as it does.

As Westerners you are made to feel incredibly welcome, and are in no way excluded from any of the religious activities, which go on around the clock. Beginning at sunrise and continuing past sunset one hears the prayers, hymns and poems found in the Adi Grantha chanted in melodic fashion, accompanied by flutes, drums and traditional stringed instruments, projected over loud speakers throughout the grounds. One cannot help but be moved by the beautiful nature of the music and a serene calm falls over all who enter the compound. Pilgrims wash themselves in the Sarovar ceremoniously, symbolically cleansing their souls through their physical bodies.

Several days can be spent basking in the glory of the Golden Temple and the many other sacred and historical sites of Amritsar. Aside from the numerous Sikh and Hindu temples, a notable spot is the Jallianwala Bagh (Garden) where in 1919 an estimated 2,000 unarmed civilians were gunned down by British troops. The event became known as the Jallianwala Bagh Massacre and ultimately became an important spark for the Indian independence movement led by Mahatma Gandhi. The grounds now serve as a monument to those killed and to the harsh realities of British colonial rule, with bullet holes still clearly visible in the garden walls.

A short daytrip from Amritsar is the historically significant Wagah border, the only road border crossing between India and Pakistan and the location of the memorable Wagah border parades. Feeling more like a sporting match than a border procession, every evening literally thousands of patriotic “fans” show up on either side of the border to support their respective border guards as they lower their flag and ceremoniously close the gates separating the two countries. A once hostile affair has recently become more friendly, symbolic of improving relations between the neighbouring countries. Through elaborate dress, large mustaches, high-stepping, saluting and hollering, the border guards do their best to one up their rivals, giving their fans much to feel patriotic about until the following evenings procession.

All in all, despite the allure of India’s more popular travel destinations, the state of Punjab should not to be overlooked. The effort needed to venture off the beaten path is well rewarded through amazing culture, punjabi hospitality, ancient history, beautiful sights, and a spiritual richness unique to the area.