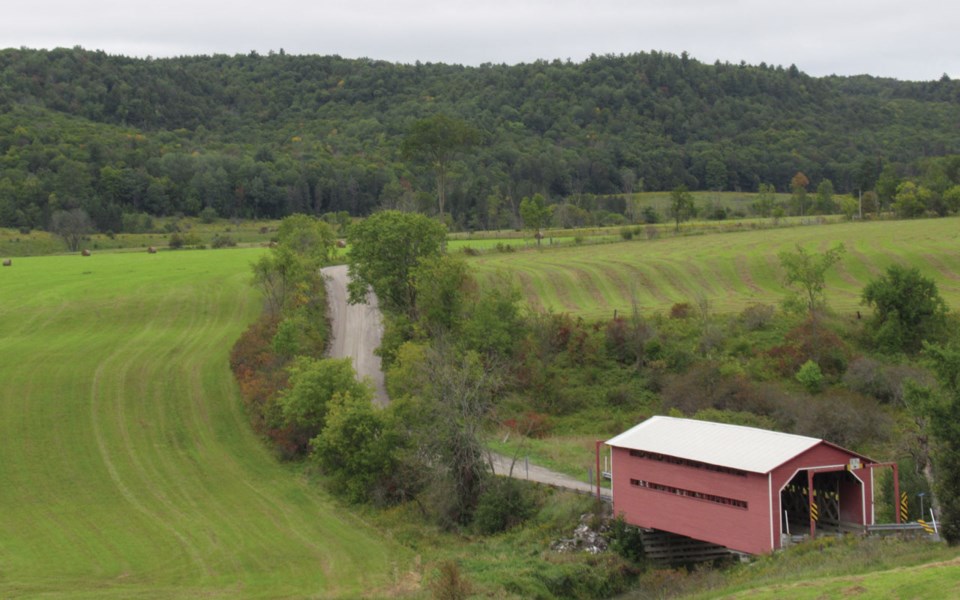 Like most people, I’ve had little inclination to visit exotic destinations this year.

Not that I’m afraid of COVID-19, as I have utter confidence in my immune system. My last sick day was in 1986. But for a claustrophobic, perpetual-motion machine like me, no international displacement is worth the torture of two weeks of quarantine on both ends.

So instead of the usual bike tour in Europe this fall, I hoped to visit my elderly parents back east. My brother Dan, neighbour and devoted guardian of mum and dad, has stipulated no visitors permitted within 14 days of air travel.

I don’t even bother suggesting that social isolation is a greater threat to the elderly than is any virus. Both as an environmentalist and as a physician, I personally consider society’s fixation on COVID-19 as highly hypocritical.

However, I’ve long come to accept my status as a COVID-19 rebel and no longer engage in debate on the matter. I’d rather ride my bicycle, and there’s never been a safer time to do so. Thanks to the mandatory two-metre rule, it has finally become illegal for a motorist to strike and kill a cyclist!

Mum and dad still live in our childhood home, near Windsor, the southernmost city in Ontario. I land in Timmins, the northernmost airport in the province. The flight is uneventful compared to my only other trip here. Thirty-four years ago, on an emergency med-evac from my practice in Moose Factory on James Bay, I delivered a baby en route, 2,000 metres up in the air. This time, no ambulance is waiting upon my arrival. In fact, by the time I re-assemble the bicycle, I am alone in the terminal. 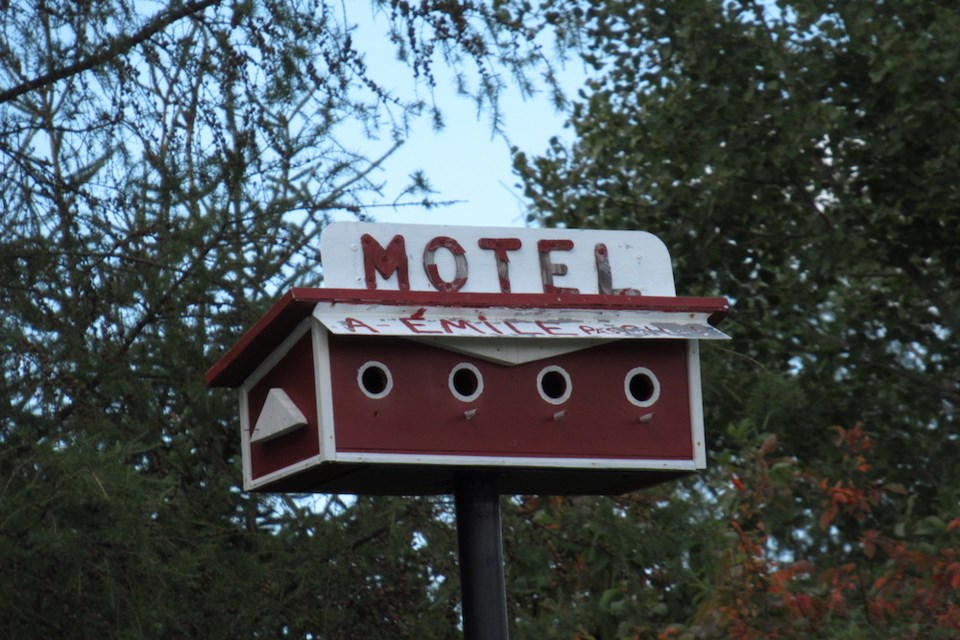 Champneuf, Abitbi, Que. Accomodation was wherever it could be found along the journey.

Windsor is only 1,000 kilometres by the most direct route south. In 15 days of pedalling, I expect to do nearly double that distance, so I head east instead. Usually in September, I get my French fix in France, but this year, I must be content with poutine rather than éclairs.

As a naturalist who has explored the biodiversity of hundreds of different habitats, I consider the Boreal Forest the most monotonous in the world. From the Yukon to Labrador, there are eight species of native trees, about one third the number on my parents’ one-hectare lot of Carolinian Forest.

Up here, there’s no prospect of new birds for my life-list either, so instead I focused the itinerary on another old favourite of mine ... authentic historic covered bridges. 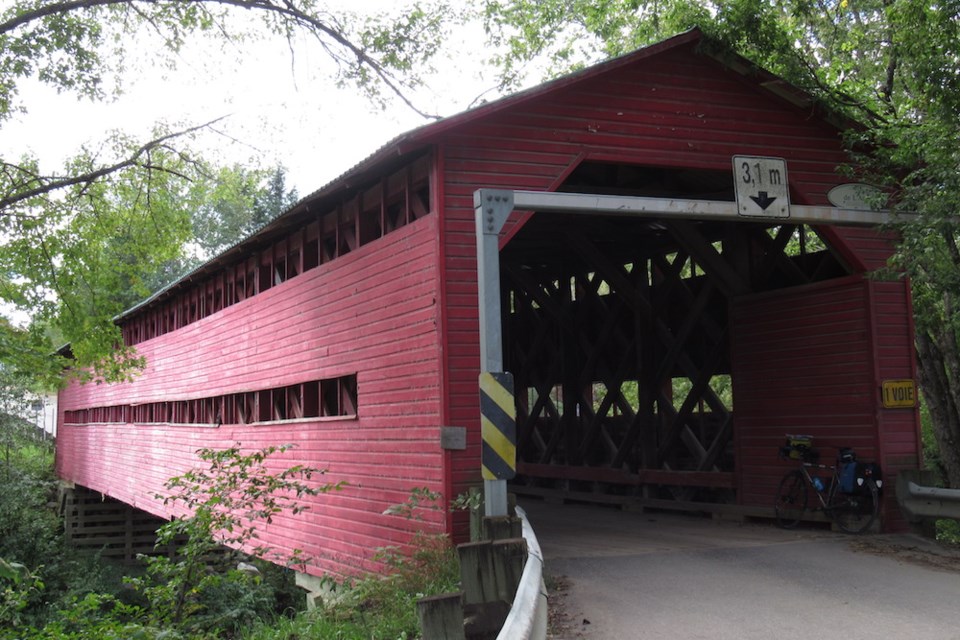 Those that remain in western Quebec (Abitibi) are generally found on isolated gravel roads. I see maybe two or three motor vehicles per hour, so social distancing is assured during my rolling quarantine.

On two occasions, I cover more than 100 kilometres without finding a comfortable place to sit, let alone food or water. But consistently riding below the sweat threshold (I hate sweating; that’s why I’m a cyclist, not a jogger) is very physiologically efficient, so I can go most of the day on a few butter tarts, a couple of Snickers and one small water bottle, stopping only for photo ops at the bridges. 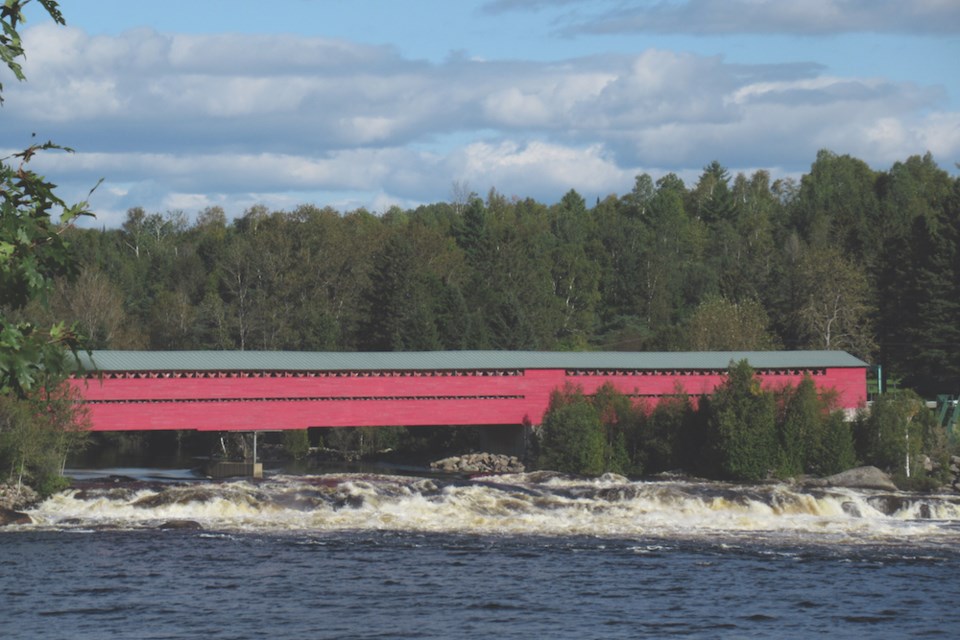 Although I’m in my home country, this is my first ride anywhere in 39 years of international touring for which I can’t find a proper map. It’s also my first ride with an iPhone. The device allows me to maintain contact with my medical practice back home. When you are alone all day for two weeks, it is actually a welcome distraction to have the opportunity to manage someone’s haemorrhoids or athlete’s foot.

But I suspect the phone can’t help me find covered bridges, even if I really knew how to operate its GPS. So I navigate by compass, by instinct and by enquiry.

On a particularly remote and deserted stretch of dirt road northeast of Amos, I come to an unmarked crossroad and, by chance, the first house I’ve seen in an hour. Not sure which way to go, I need advice. I don my mask and approach the front porch with some trepidation, having long ago learned that rural dogs in North America can harbour strong aversions to anybody not driving a large pick-up truck. 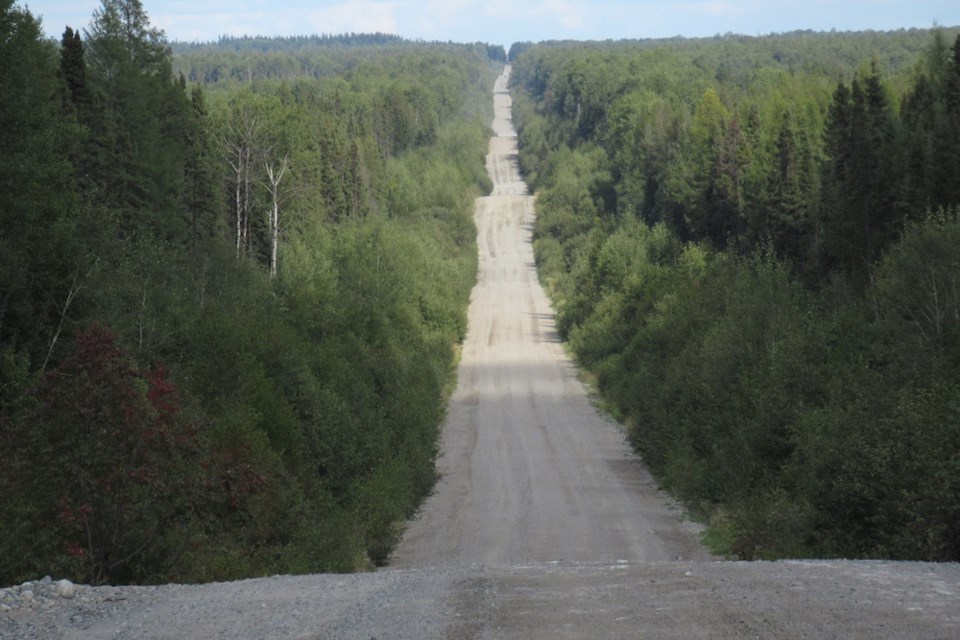 Near Lac Castagnier, Abitibi, Que. The longest stretch of gravel, over 70 kilometres between covered bridges, over sometimes very soft and difficult-to-negotiate surfaces on 25-milimetre tires.

Luckily, I soon learn that this particular cyclist-eating German shepherd is safely indoors, as he jumps up to eye-level growling and barking in the window. A considerate seven-year-old boy opens the door just wide enough to provide the information I require. What a relief. But then the dog manages to nudge the door open a little more. Like a matador, I manage to wield my bike as a shield until two older children subdue the beast.

Not only the bridges are covered on this journey ... so are my legs, arms and helmet as the temperature rarely surpasses the low-teens. On a 139-km stretch between Mt. Laurier and Mt. Tremblant, I push against a cold, wet headwind, but I’m content as there’s no threat of sweat, and I’m on a paved rail-trail through the forest, all day. Between back roads and bike paths, my kilometres may outnumber cars this trip. Somewhere in the Laurentian Mountains, I hit the lifetime kilometre mark of 365,000. I acquired my first odometer in September 1970. That makes an average of precisely 20 kilometres per day for 50 years.

By my arrival in southern Ontario, I have effectively completed my transformation from contaminated-air traveller to squeaky-clean, solo cyclist—able to visit my 25 family members, coincidentally one for every covered bridge collected in Quebec.

As satisfying as the journey was, I’ll likely wait for a COVID-19 vaccine before venturing east again. If only they’d also work on a vaccine to protect against another menace to public health: hostile dogs. 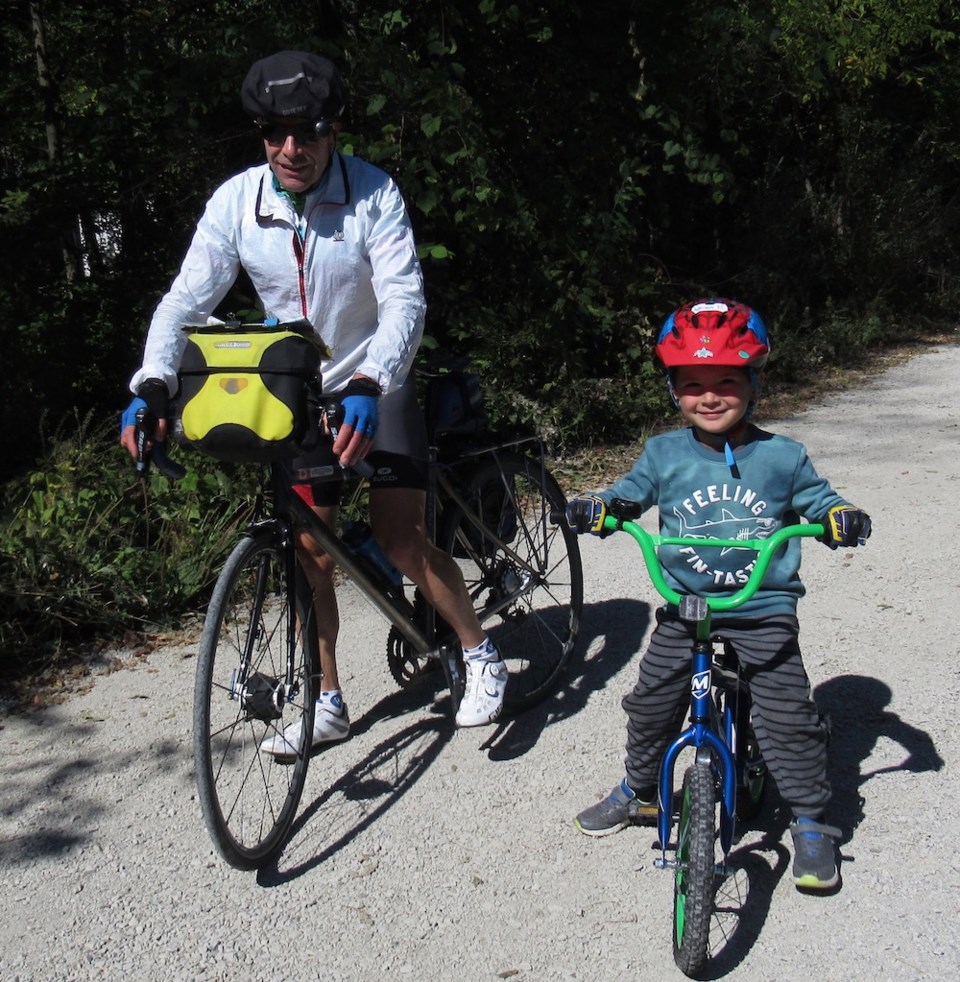 Near Lake Simcoe, Ont. Taking a break from a family reunion to do some biking and botanizing with nephew Adrian. Someday he may challenge my lifetime mileage, as he is well ahead of my pace, having already recorded over 500 kilometres, and he is five years younger than the age at which I first started keeping track of distances covered.