The dark side of Phnom Penh: Cambodia’s capital city is still haunted by the ghosts of the Khmer Rouge

Somewhere over the Mekong Delta we crossed from Vietnamese into Cambodian airspace. It’s only a 40-minute flight from Ho Chi Minh City to Phnom Penh but it spans one of the most historically volatile regions in all of Southeast Asia.
May 23, 2008 2:20 AM By: Jack Souther 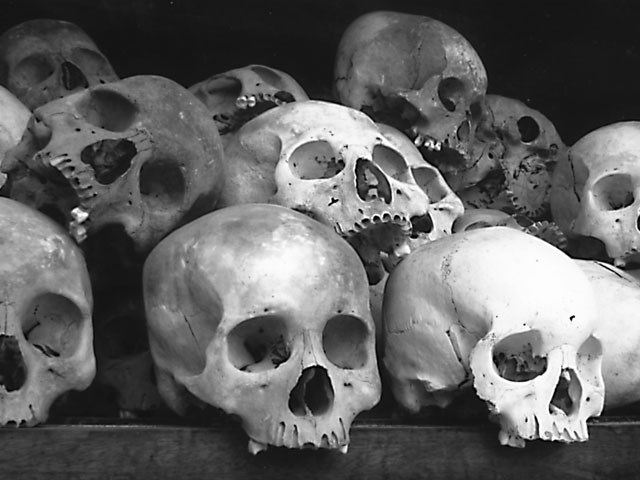 Somewhere over the Mekong Delta we crossed from Vietnamese into Cambodian airspace. It’s only a 40-minute flight from Ho Chi Minh City to Phnom Penh but it spans one of the most historically volatile regions in all of Southeast Asia. Back in the 18 th century, before the Vietnamese annexed it, the rich agricultural land of the Delta was part of the Khmer Kingdom. Since then Cambodia’s border has been buffeted by war, violated by its Thai and Vietnamese neighbours, and ignored by foreign powers.

As we begin our descent into Phnom Penh I get a fleeting glimpse of the mighty Mekong River that runs through the centre of the city. Moments later a friendly immigration officer welcomes us to Cambodia and takes only a few minutes to process our visas. Kosal, a stocky, dark skinned fellow in his early 40s greets us with a big smile. He will be our guide in Phnom Penh. The trip to our hotel takes us past stately French Colonial houses, some restored, others crumbling into ruin. Built 100 years ago when Cambodia was part of French Indochina, they now stand side by side with Art Deco mansions that once belonged to officials of Prince Norodom Sihanouk’s pre revolutionary government.

The traffic, a mix of tuk tuks, motorbikes, and pickups, is less frantic than that in Ho Chi Minh and, perhaps because it is smaller, the pace of life seems more relaxed. After a sumptuous dinner at the Amoc Cafe we return to the Juliana Hotel, order a drink from the bar, and settle down at a table in the lush poolside garden. It’s hard to imagine that 33 years ago foreigners like us were banned from the country and the people of Phnom Penh were fleeing their city in terror, abandoning their homes, shops, and most of their possessions to a handful of Khmer Rouge soldiers.

In her book First They Killed My Father (Harper Collins), Loung Ung describes the day the soldiers arrived and ordered everyone to leave on the pretense that the U.S. was about to bomb the city. “You can return in three days,” they were told. It was the first of many lies designed to control the terrified people. At checkpoints outside the city the Khmer soldiers offered good jobs to anyone who had worked for the Lon Noi government. Those who identified themselves were killed. The others became virtual slaves in work camps and rural communes where many died of starvation and disease.

I asked Kosal if he remembered that terrible time. “Yes,” he replied, “my experience was very similar to that of Loung Ung. Almost every family in Cambodia was affected one way or another by Khmer Rouge violence. They killed three members of my family and I have lost track of the others.”

The convoluted history that paved the way for the Khmer Rouge takeover and the subsequent tragedy of Pol Pot’s social experiment is a tale of political intrigue, deceit and social collapse. Cambodia gained independence from France in 1953 and for 20 years, under the autocratic rule of Norodom Sihanouk, it enjoyed a period of relative prosperity.

But discontent with Sihanouk’s repressive policies came to a head in 1970 when a military coup led by general Lon Noi overthrew him. After fleeing to Beijing Sihanouk set up a government in exile allied with a revolutionary movement lead by Pol Pot, whose peasant army had been waging a limited guerilla war against the government since 1963. Sihanouk nicknamed them the Khmer Rouge and his support drew thousands of new recruits into the revolution.

In the meantime the Vietnamese war was spilling over the border, and in 1969 U.S. president Nixon authorized the secret bombing of suspected communist bases in Cambodia. Over the next four years an estimated 250,000 Cambodian civilians, mostly peasants, were killed by B52 carpet-bombing. The survivors, bitter and displaced from their land, flocked to join the Khmer Rouge and, with aid from China, Pol Pot’s guerrilla skirmishes escalated into full-scale civil war. On the 17 th of August 1975 truckloads of Pol Pot’s Khmer Rouge soldiers stormed triumphantly into Phnom Penh and replaced the Lon Noi government with a regime even more brutal and horrific than the war that brought them to power.

Our brief stay in Phnom Penh was an emotional roller coaster that took us through the depravity of the Pol Pot years to the measured optimism of modern Cambodia — from the unspeakable horror of the killing fields to the tranquility of the Royal Palace.

“We will go first to Tuol Sleng Museum,” Kosal tells us as we pile into a tuk tuk and head off in a cloud of exhaust from the aging motorcycle towing us. The sprawling low buildings of the museum were once occupied by a high school but, with the addition of razor wire, barred cells and long rows of leg shackles chained to the floor, the Khmer Rouge converted it to a prison. Security Prison 21 (S21) became the largest centre of detention and torture in the country — the place where those suspected of being a threat to Pol Pot’s regime were brought for interrogation. Few of them left alive. Between 1975 and 1978 more than 17,000 people were trucked from S21 to the killing fields of Choeung Ek.

It’s 15km from S21 to Choeung Ek, a deceptively tranquil place where tree shaded paths wind past 129 mass graves now muted by greenery. The skulls of more than 8,000 victims are displayed in a memorial stupa, but no one knows how many thousands of hapless people were executed and dumped here by the Khmer Rouge.

This, I thought, is Pol Pot’s legacy — the grisly remnants of a mad man’s dream. Brother number one, as he referred to himself, had the vision of a self-contained agrarian society, a pure Khmer society without foreign influence where hard working peasants would replace the decadent upper and middle classes of the cities. As soon his troops entered Phnom Penh he set the country’s clocks to year zero and the all-powerful Angkar (organization) of Pol Pot’s Democratic Kampuchea set out to change society through relocation, forced labour and purges.

Driven by paranoia and absolute power the Angkar executed anyone perceived to be a present or future threat to the regime. Employees of the former government were the first to go, followed by the intelligentsia. According to Kosal even wearing glasses, a sign of wealth and intelligence, could be a death sentence.

The purges soon escalated into full-scale genocide and many of those not killed outright by the Angkar died of starvation or disease, in a country that had killed most of its doctors and had no medicines. Before it was over at least two million Cambodians, almost a fifth of the population, had died at the hands of the Khmer Rouge. And those remaining were barely able to feed themselves.

The nightmare of Pol Pot’s dream came to an end in 1979 when the Vietnamese, fed up with border incursions and Khmer Rouge attempts to retake the Mekong Delta, launched a full-scale invasion of Democratic Kampuchea. They drove the Khmer Rouge out of Phnom Penh, replaced the Angkar with a new government, and maintained a military presence in the country for the next 10 years. But Pol Pot and the remnants of the Khmer Rouge retreated into the jungle and continued sporadic attacks on the government until they were finally defeated in 1998, the same year that Pol Pot died of a heart attack at age 70. Like most of his Khmer Rouge henchmen he was never brought to justice.

As we left Choeung Ek my mind still carried the image of thousands of skulls staring at me through empty eye sockets. It’s a tribute to the human spirit that Kosal and those of his generation who survived the genocide are able to put the horror behind them and live normal lives.

Although Cambodia is still plagued by factional infighting and corruption it has come a long way in the last 20 years. We stop for lunch at “Friends,” a restaurant that not only serves great tapas, but also provides former street kids with training in the hospitality industry. Outside, a group of school children is painting murals and as I watch them I think of their parents. When they were the ages of these kids they were being trained as child soldiers. They witnessed the deaths of their families and had neither schools nor enough to eat.

Later on the grounds of the Royal Palace I found a quiet place to sit and unwind. Watching the saffron-robed monks strolling serenely through their manicured gardens I try to put the genocide out of my mind. If I had not actually seen the torture chambers of S21 and the killing fields of Choeng Ek the whole thing could have been just a chilling dream.