Travel: Another side of Israel

Beyond religion, there are centuries of history, culture and cuisine to explore
May 1, 2009 7:35 AM By: Alison Appelbe 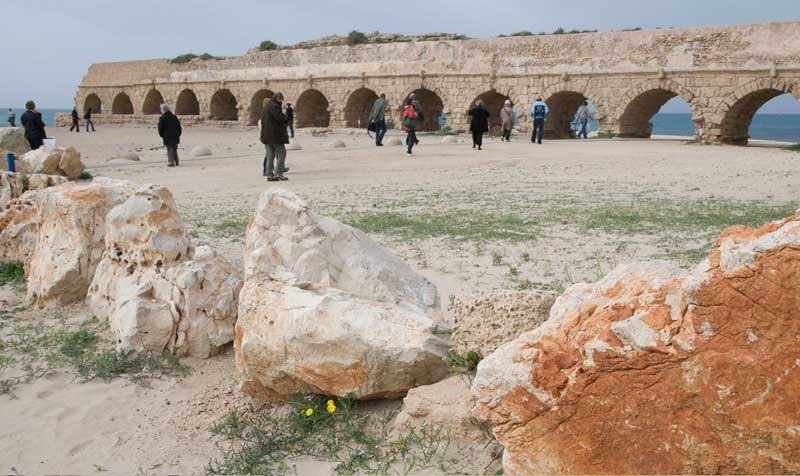 Israel attracts millions of visitors annually for religion alone. But wonderful and important though the religious sites are, there are other reasons to visit. They include:

Tel Aviv - much of the city, on the shore of the Mediterranean, was planned in the 1930s on a garden theme. Vegetation is tropical; the ambience lush. Cooling breezes waft through the neighbourhoods.

Then from 1935, Tel Aviv became a destination of choice for artists and architects fleeing Nazi Europe. Some brought with them the modernist principles of the German Bauhaus school of design and architecture (which would go on to shape the hugely influential "International Style" of commercial architecture).

Four thousand Bauhaus buildings were built here - mostly low-rise apartment complexes, horizontal in design with minimal (but gorgeous) detailing, and functional and egalitarian in keeping with the spirit of the time. This "White City" is now a (very living) UNESCO World Heritage Site.

Food and wine - the Israeli cuisine is Mediterranean and Middle Eastern; the produce in this agriculturally self-sufficient country plentiful and fresh. At the Turkish-style Pasha restaurant in Tel Aviv we dined, typically, on tapas-style hummus, dolmades, minced lamb with pine nuts, kebabs and salads.

Later, at the Tishbi Vineyards in the northern Carmel Mountain region, the dishes that came out of an exuberant open kitchen were imaginative, copious and organic - and accompanied by award-winning pinots, merlots, Rieslings, cabernets and chardonnays.

Fourth-generation vintner Golan Tishbi trained in New Zealand, but remains passionate about wine-making in Israel, saying: "It began with Abraham." His vineyards extend from Upper Galilee, close to the Lebanon border, south to the Negev Desert.

Caesarea and Akko - along the north coast, near Haifa, rest two ancient ports in the process of rediscovery. Caesarea, a Roman then later Crusader city, has emerged from the dunes with an aqueduct, largely intact, and massive amphitheatre.

Akko (or Acre) is both "a Pompeii of the Middle Ages" and contemporary home to a sizeable Arab-Israeli population. Its subterranean Crusader City, once housing as many as 30,000, features a Knights Hall, courtyard with cells in use as recently as the British Mandate (Jews were incarcerated), and newly excavated tunnels and latrines - even gravestones dating to 1290. There's a large Arab souq here, too.

Haifa - sprawling down steep slopes fronting onto curvaceous bays, Haifa is a knockout. The Baha'i faith took full advantage of the setting by building a shrine and garden that spills down this hillside in 18 perfectly ordered terraces.

Roman mosaics - in hills outside Nazareth (today a city of 64,000), sit several crumbling Roman villas. Predominant among them is Tzipori, described in the 1 st century AD by commentator Josephus Flavius as "the ornament of the Galilee." The highlight today is exceptional Byzantine floor mosaics.

The Dead Sea - sticking a finger in these famous waters, and tasting the residue, sent me fleeing. More interesting is the fact that Israelis and Jordanians have so over-drawn from the Dead Sea that water levels are plummeting. As well, the iconic Jordan River has pretty much dried up. A visit here is an opportunity to consider dire environmental problems, and massive efforts to resolve them.

I'm also told that some Israeli environmentalists oppose the ongoing presence nearby of the historic Ein Gedi kibbutz (with tourism accommodation) on the grounds that it wastes invaluable spring water on what has become a showcase oasis. They're calling for the kibbutz landscape to be returned to the desert.

Judean Desert - a company called Camel-Lot runs jeep safaris (and camel and donkey trips) into what guide Barak Horwitz says is "the toughest landscape in all of Israel." We rattled in old Land Rovers through rugged defiles cut by the very occasional rains, and climbed to Sodom Mountain (of Gomorrah fame), where the salt-rock facade glows a transparent white at night.

Yad Vashem - Canadian-born Moshe Safdie designed this dramatic memorial complex to the victims of the Holocaust in a forested hillside of West Jerusalem.

It includes the Hall of Names, a repository of all available records, and a solemn, darkened building in which the names of children who perished are read, one by one, by recorded voices. Our guide - we were connected with wireless earphones, allowing us to move around at will - was second to none.

Jerusalem - the Old City is worth a trip alone - its Christian, Muslim, Jewish and Armenian sectors; the pedestrian passageways lined with shops (some with treasures like old icon paintings brought to Israel by Russian immigrants) and hole-in-the-wall cafes.

Religious politics coalesce at the Western (or Wailing) Wall, where Orthodox Jews bob and chant, pray and socialize. Jews also pray from inside of the wall - in Roman-era tunnels controversially excavated from the 1980s, and open for tours.

Meanwhile, Muslim Arabs hold fort on the top of what's called the Temple Mount (by Jews) and Haram Ash-Sharif (by Muslims). Access to this plaza, with its Dome of the Rock and Al-Aqsa mosque, is limited to restrictive morning hours. But for those interested in subtleties of the Israeli-Arab conflict it's all here in (and on) what is not much more than a giant slab of rock.