Some of architect Luis Barragán’s best work can be found in and around Mexico’s second largest city
Dec 18, 2009 8:07 AM By: Alison Appelbe 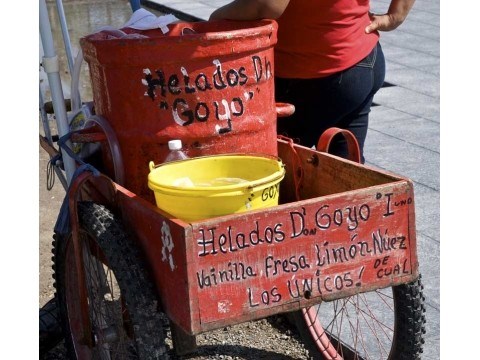 Somewhere on a leafy street in the Mexican city of Guadalajara a textured whitewashed house features a Spanish-Moorish tower, a silver door, windows made of blown-glass bottle bottoms and, inside and out, elliptical arches and colourful tiles.

Named Casa Cristo for its original owner, this is one of a handful of Guadalajara houses - along with parks and gardens - by modernist Mexican architect Luis Barragán, a Latin American equivalent of Arthur Erickson or Frank Lloyd Wright.

Another Barragán house, also built in the late 1920s but grander, is Casa Gonzalez Luna. Painted in soft mustards and yellows, this mansion features Barragán's trademark exterior staircases, a housetop slate-floor patio, and green-ceramic roof tiles that also serve as conduits for water that runs down to a luxuriant garden pool.

Born into an aristocratic ranch family, Barragán (1902-1988) travelled as a young man in Europe and North Africa, where he was influenced by modernist Bauhaus and Art Nouveau design and architecture, as well as Arabian and Moroccan courtyard houses. Back in Guadalajara, he worked as a self-taught architect, designing homes and gardens as monastic-like retreats from modern life. He later moved to fame in Mexico City.

This Guadalajara architecture tour showed another side of a metropolis best known for its Mariachi bands and quality art and artisan shops in the trendy suburban towns of Tonala and Tlaquepaque. (Guadalajara is also the Silicon Valley of Mexico - home to Sony, Hewlett-Packard, NEC, Intel and Motorola.)

Set in a valley, this second largest Mexican city was founded in the 16 th century. And like much of Mexico, it shows its age - not to mention its wounds and tribulations. Twenty years ago, I was charmed by the city's unvarnished, well, old-ness. On a recent visit, I found the Centro Historico - extending from the (still darkly authentic) Cathedral of Guadalajara and along the Plaza de Liberacion to the Cabanas Cultural Institute - radically tarted up, and lined (nicely) with public art and shops and restaurants.

And while this reconstructed central city is now bright and presumably tourist friendly, I prefer the side streets and off-centre barrios in which you still find the Mexico of imperfect life. I like the weather-stained colonial-era apartment buildings - painted odd greens or blues and graced with wrought-iron balconies or tracery (maybe in need of a coat of paint) and a profusion of pink or red bougainvillea.

Wiry old trees provide shade on streets where makeshift wagons or vehicles are not uncommon. Here life goes on in hole-in-the-wall eateries, late-night bars or taverns and cluttered shops that spill onto the sidewalks. Even just a few blocks off the Centro Historico, small businesses are decidedly unglamorous - or closed (Mexico was hit hard by the recession).

Lake Chapala, where thousands of Canadians spend the winter, is an hour's drive south of Guadalajara. And when our coach dropped from the surrounding mountains and into a basin described by ancient Olmec Indians as "the door to heaven," I scribbled in my notebook: "sweet pastoral landscape."

The climate around Lake Chapala is warm year-round; the vegetation is lush (poinsettia grows wild here), and the fresh farm produce abundant. Chapala, the largest town, is a laid-back centre with a lakeside crafts market, long pedestrian pier and docks at which you can hire boats to take you to islands popular for dining and bird-watching.

For me, a Chapala highlight was another Barragán house - its exterior adobe walls punched with triangular-shaped openings, and with fine views from its rooftop patios. Also in Chapala, the former railway station, now a handsome gallery-museum set in a fine garden, is appealing but for the fact that Mexico is now entirely without tracks or passenger trains (and hugely dependent on long-distance buses).

Ajijic ("ah-HEE-heck") is Lake Chapala's trendy town - with restaurants like the Posada Ajijic - where lunch was a rich "Azteca tortilla soup" and passable avocado and crabmeat salad - and a profusion of art, craft and clothing shops.

Our tour guide, who also works as a lawyer, cautioned about buying property in the Lake Chapala region before spending a year in a rental property - in part to consider the complexities of settling in Mexico, but also to familiarize yourself, she said, with the many scams and disputes associated with property ownership here.

And New Agers have taken to this "Chapala Riviera." "You do anything before you go to a doctor," said our tour guide of myriad types of alternative and native medical treatment offered in the region (although she may have been commenting on the quality of conventional medicine). There are therapeutic hot springs, and a celebrated hilltop spa, called Monte Coxala, offering native-inspired body treatments.

More ominously, agricultural and other water users, not to mention four million Guadalajarans, threaten the water levels of Lake Chapala. A few decades ago, the decline seemed irreversible, though some say recent rains have returned the waters to reasonable levels. But the lake's future remains uncertain. As well, the lake is rimmed with invasive, menacing and apparently uncontrollable water hyacinth.

Guadalajara is well sited for visiting some of Mexico's glorious colonial cities - maybe Morelia, Guanajuato or San Miguel de Allende. It's a four-hour drive to Puerto Vallarta on the Pacific Coast. And it's a similar distance to Mexico City, where you can visit Luis Barragán's 1947 home and studio, one of the most influential houses in modern architecture and a UNESCO World Heritage Site.