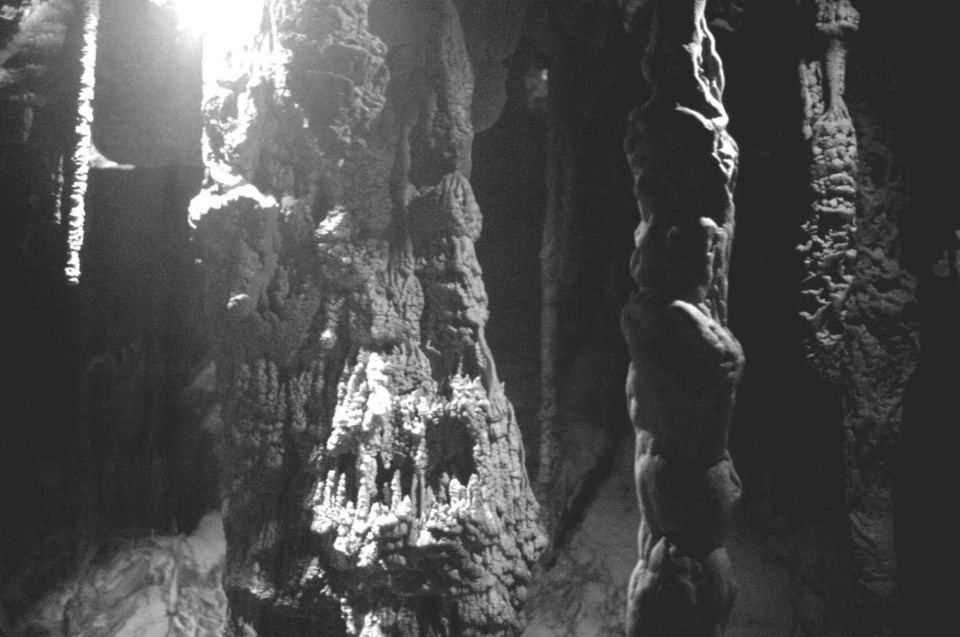 MULU NATIONAL PARK, Sarawak, Malaysia — Leaving Long Bedian, a village in Sarawak’s interior, a riverside trail leads into the proverbial heart of darkness. The humid jungle of Malaysian Borneo crowds the route. The smell is fecund, the shadows ominous. The air is filled with the drilling of cicadas and the mind with thoughts of bloodsucking leeches. It’s at the end of an hour’s hike – on much-appreciated, raised boardwalks – that we reach the famous caves of Mulu National Park.

Today, visitors can follow pathways into four of the caves, although the world’s largest chamber, Sarawak Cave, is off-limits to any except certified spelunkers. However, the illuminated pathway into suitably named Clearwater Cave follows a pristine river for part of its 100-kilometre underground route. Wind Cave contains hundreds of massive limestone stalactites, shaped like melted, upside-down candles.

But it’s at the entrance to gargantuan Deer Cave – the second-largest cave in the world – that the words spoken by an exiting park ranger to our guide, James, give pause. "Big snake in there. Jaga ! Jaga !" We’ve learned enough Malaysian to know that "Jaga! Jaga!" means Be careful!

"What kind of snake?" one of us asks. James tells us it would likely be a cave racer.

"Not so fast really. Quite slow," he says reassuringly. In a further attempt to comfort us, he tells us it’s small – less than two metres long. To triply comfort us, he adds its bite produces cramps and paralysis, but certainly not death.

We are not comforted. We know that, were we forced to flee, we’d be slowed by the pudding-like consistency of the bat guano and the gadzillions of cockroaches that swarm at either edge of the cave’s concrete path. The cave’s scorpions, James had cautioned earlier, are poisonous, but not deadly. Ditto the centipedes. The earwigs are merely an annoyance when they fall on visitors’ heads. "The thing you have to watch out for is the spiders," James confesses. "Very bad." The natives use crushed spiders as the poison on their blowpipe dart-tips. James adds that the spiders are small and black and fast .

We no longer worry about snakes.

When we dare lift our eyes toward the ceiling inside Deer Cave – something done with the awareness that there’s a lot of guano and earwigs up there and a lot of gravity down here – its scale seems colossal. The single cavern, 200 metres high and over a kilometre long, could swallow half-a-dozen professional sports stadiums at a gulp. Thirty storey-high waterfalls drop from holes in the ceiling and mist the cave’s air.

Late that afternoon we lie at the mouth of Deer Cave as the bats swarm outward on their evening flights. The millions of bats form an endless, flowing cloud. A bat hawk dives through it like a shark striking a school of fish. Nearly an hour passes. The stream never ceases. We are in awe.

"The Chinese say they look like a dragon," James says of this airborne river of bats. We, too, reach for metaphors, but settle for mute enjoyment of nature’s eerie, ineffable beauty.

For information on travel in Malaysia visit Tourism Malaysia’s website at www.malaysiamydestination.com .